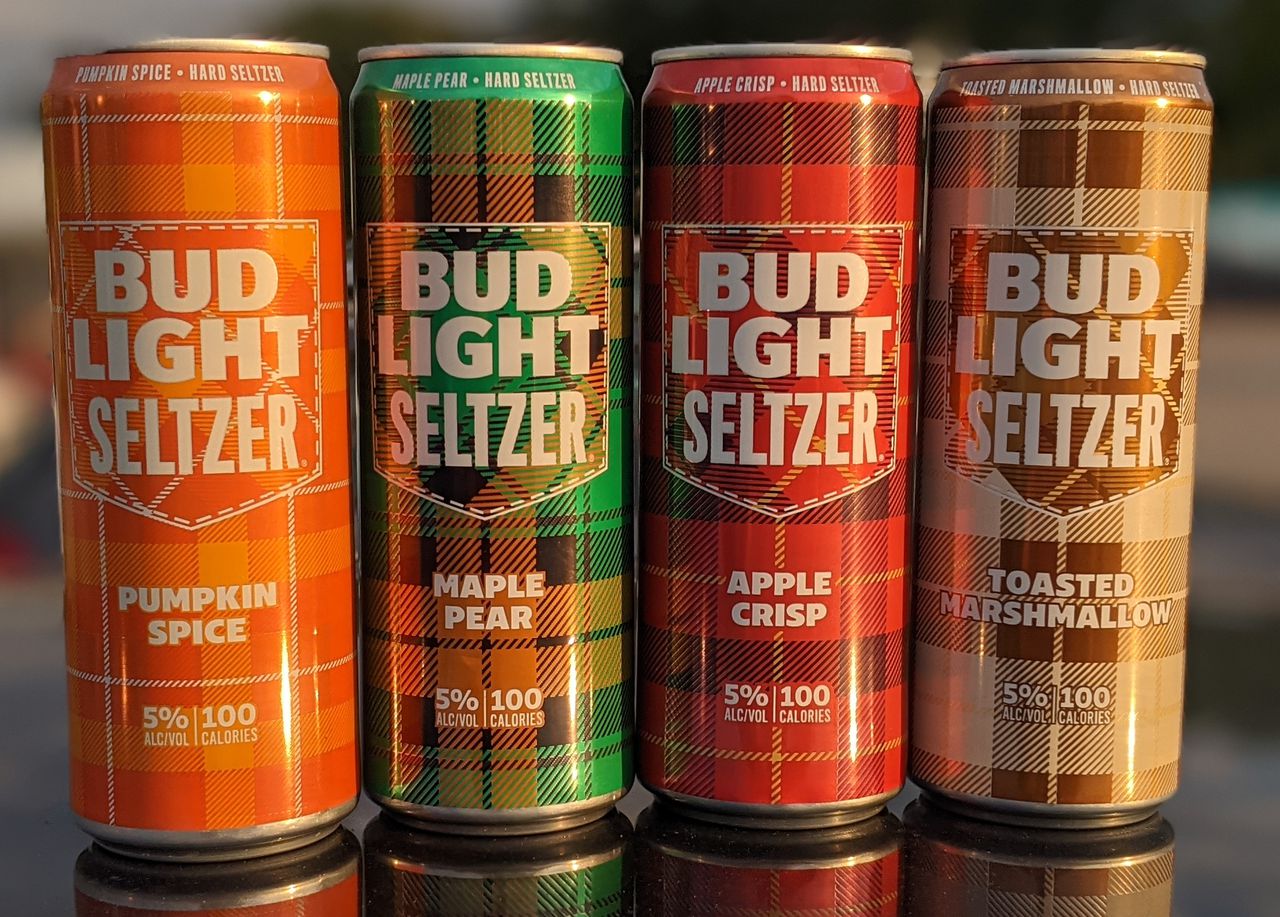 The Bud Light Seltzer Fall Flannel Pack is a plaid wrapped curse on your fridge. Pumpkin Spice tastes like nutmeg ghosts. Toasted marshmallow tastes of carbonated fluff. Maple apple and pear crumble? They are interesting, but get tiring.

Here is what will happen if you buy this. You’re going to try a flavor, take a few sips, say Oh, that’s interesting, then leave the half-full box intact for the rest of the night before reluctantly tossing it the next morning.

It’s only fitting that these will be available for Halloween, as the leftover cans will continue to haunt you like a cursed specter that lives deep in your fridge. Every time you open it and look back you’ll think Oh, I have to get rid of this at some point.

This will cause you to try and pawn them to guests over the next 12 months, to the tune of Want something to drink? Oh, I have these fall seltz. You should definitely try one.

They won’t try. These will still live rent-free in your cooler next April, when you look for an expiration date that you hope will help you justify just throwing it away. You won’t find any.

The new flavors in the Fall Flannel pack – Pumpkin Spice, Apple Crisp, Maple Pear, Toasted Marshmallow – are ambitious and even venture towards some sort of good in some cases. However, the flavors are quite strong and abrasive. The first two sips can be nice. But halfway through the box, it starts to get boring.

It is best to sip them several times and never consume them again. They are like a catchy song that is fun at first, but starts to drive you crazy after hearing it too many times.

There’s a reason why light, refreshing flavors like lemon and pineapple tend to dominate the seltzer game. Selts work best with light flavors that are easy to drink and don’t linger with weird, syrupy aftertaste.

It is like teaching a robot what pumpkin spice is, but you can’t taste anything.

The pumpkin spice actually meant something. Now, it’s just an empty, hollow concept that society has come to accept as a pumpkin spice. In this case, that means a carbonated butter and nutmeg concoction. It’s like a clarified pumpkin beer that has the aftertaste of 7-Up pumpkin.

This seltzer opens with the same kind of dry, spicy trail as a pumpkin ale, but then it hollows out and reveals itself as an empty knockoff. You pick up the pumpkin spice and nutmeg, but no cinnamon, no pumpkin.

Pumpkin flavor no longer has any shape or form. It is a ghost in the collective machine. It’s a socially accepted mock flavor that has made its way into the cultural lexicon, but has long escaped any tie that once tied it to a pumpkin flavor. Now all we have to do is sit here and accept that this carbonated robotic pumpkin juice is going to show up on store shelves when it’s time to go back to school.

This is an upgrade. It tastes like an alcoholic and carbonated version of the gallon of apple cider you buy at the grocery store. There is a hint of fall spice flavors which are pleasant.

For a moment, that’s great. Its fall flavors in a box, then it all falls apart. The more you drink, the more the illusion crumbles. It’s like a pile of leaves built too high collapsing, leaving you with only damp leaves and squashed expectations underneath.

At first, it does quite well at achieving the deep caramelized sweetness of apple crisp with that buttery, sweet quality. Then the aftertaste kicks in, breaking the mirage that you’re actually drinking something with real ingredients as you come back to Earth. The cinnamon on the back reminds me of a Big Red gum stick.

This is probably the best flavor of the bunch, with a surprisingly delicate touch of maple flavor. It is reminiscent of hard maple candy. It has a dry flavor like apple cider and ends with an almost caramel-apple vibe.

It’s not super sweet. Instead, it carries that buttery buzz you get in maple syrup.

It’s sweet and interesting at first, but the bright flavors eventually get a bit thin and eventually get abrasive. It’s like a song on the radio it’s all highs and no bass. It’s just the same fine beats over and over again that finish with the same flat, man-made finish.

Yes, it tastes like carbonated plush, which is as off-putting as it sounds.

The marshmallow flavor here is reminiscent of a moon pie filling or whenever you find factory-made smore candies.

This flavor is wild. It almost bounces off your tongue like a trampoline. It opens with a hint of caramelized marshmallow flavor before returning to a more neutral sweetness. Then it ends with a weird, syrupy aftertaste.

Technically, it is precise. It is also not something that I would drink on purpose again.

So are they good?

If anyone offers a can of maple pear or apple crumble, it’s worth a try. Preferably, have someone open a can and pour some of it into a glass.

Under no circumstances should you take responsibility for an entire box or – worse yet – an entire case. Let someone else carry this curse.

Now that hard seltzer has marked their territory in liquor stores and bars across the country, we have now reached the point where companies are experimenting and deploying wild flavors in an effort to stand out from the crowd.

I Ate It So You Don’t Have to is a regular food column that looks at offbeat foods, good and bad. It operates every other Thursday at noon.