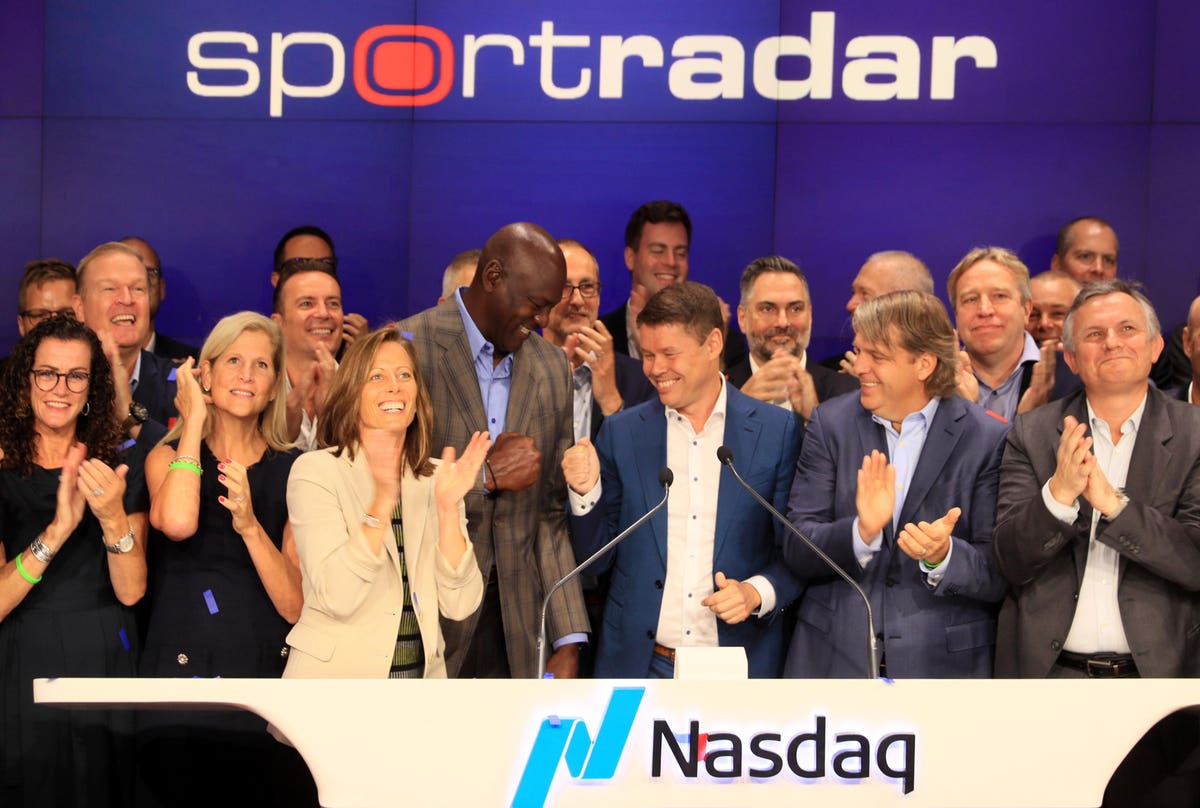 The Switzerland-based company, which forwards sports league statistics to media companies and sports bettors, debuted on the Nasdaq on Tuesday.

21 years ago Sportradar founder and CEO Carsten Koerl stood at a crossroads.

His first foray into the sports data space with startup Bwin had successfully gone public on the Austrian Stock Exchange in Vienna, but Koerl lost control of the company he founded shortly after the IPO. Still, the deal made him financially independent, and while he can’t remember exactly how much he got out of it, that would have been enough for him to retire at 35.

That thought never crossed his mind, Koerl said. After taking a long vacation in Australia, he began to prepare for his next move. His opportunity materialized months later in Norway, where he spent 150,000 (about $ 135,000 at the time) to buy a controlling stake in a fledgling sportsbook odds and data company called Market Monitor AS in 2001. The company will eventually become Sportradar.

It was a good time to say, okay let’s start something new because I’m on a trip, said Koerl Forbes Tuesday morning on Zoom, with a radiant smile.

This decision paid off generously. Swiss company Sportradar, which helps sports leagues compile data such as gaming statistics and distribute them to media companies and betting operators, went public on Tuesday on the Nasdaq. After opening at $ 27 a share, the company’s shares fell to $ 25.05 at market close, valuing the company at $ 7.4 billion. Koerl, who will remain CEO with 81.8% of the voting rights, also retained 31.8% of the shares. Forbes estimates its stake at $ 2.4 billion. Charlotte Hornets owner Michael Jordan, Dallas Mavericks owner Mark Cuban, Washington Capitals owner Ted Leonsis, and Los Angeles Dodgers co-owner Todd Boehly all have minority stakes in Sportradar.

Originally from southern Germany and now residing in Switzerland, Koerl, 56, says Sportradar has given him the perfect vehicle to channel his dual passion for sport and technology. His love for sports and competition began in childhood, when he was a supporter of German football club Bayern Munich. It persists today.

Two weeks ago I was swinging in a canyon in Switzerland with my son because he wanted to see if dad could do that or not, Koerl laughs. Of course I can. I am competitive.

However, as stated in a article 2018 in the Globe and Mail, Koerl realized that a future in athletics was unlikely and turned to computers. He studied electronics and microprocessor engineering at the University of Applied Sciences in Konstanz, Germany, before launching Bwin (then called Betandwin) in 1997 and Sportradar in 2001.

Today, Sportradar has become a dominant player in the sports data space. After expanding to the United States in 2014, it has over 900 sports betting clients, such as DraftKings, FanDuel, and Flutter, and over 150 sports league partners, including the NBA, MLB, and NHL. The NHL also has the right to buy wholesale $ 90 million of Sportradar shares as part of its data rights deal with the company, according to Athletic. According to its pre-IPO documents, Sportradar posted a net profit of nearly $ 18 million out of $ 478 million in revenue last year.

Still, the business is not without its challenges. The uncertainty of the Covid-19 pandemic, which immobilized the world of sport, had threatened Sportradars activity. Another hurdle to note: Rival data company Genius Sports took over the NFL data rights license earlier this year, which Sportradar had held for two years. (The NFL still retains a 7% stake in the U.S. subsidiary of Sportradars under an earlier deal.) Koerl is confident he can keep his competition at bay, citing the size, revenue and profits of his business. (Genius Sports has a market cap of $ 3.7 billion.)

As for getting billionaire status, Koerl says it doesn’t change much for him. He’s still aiming to stay out of the spotlight, but just like two decades ago, he’s not looking to retire early either.

I love what I do, says Koerl. I feel super energized, and as long as I feel useful to the business and the business, I want to perform.