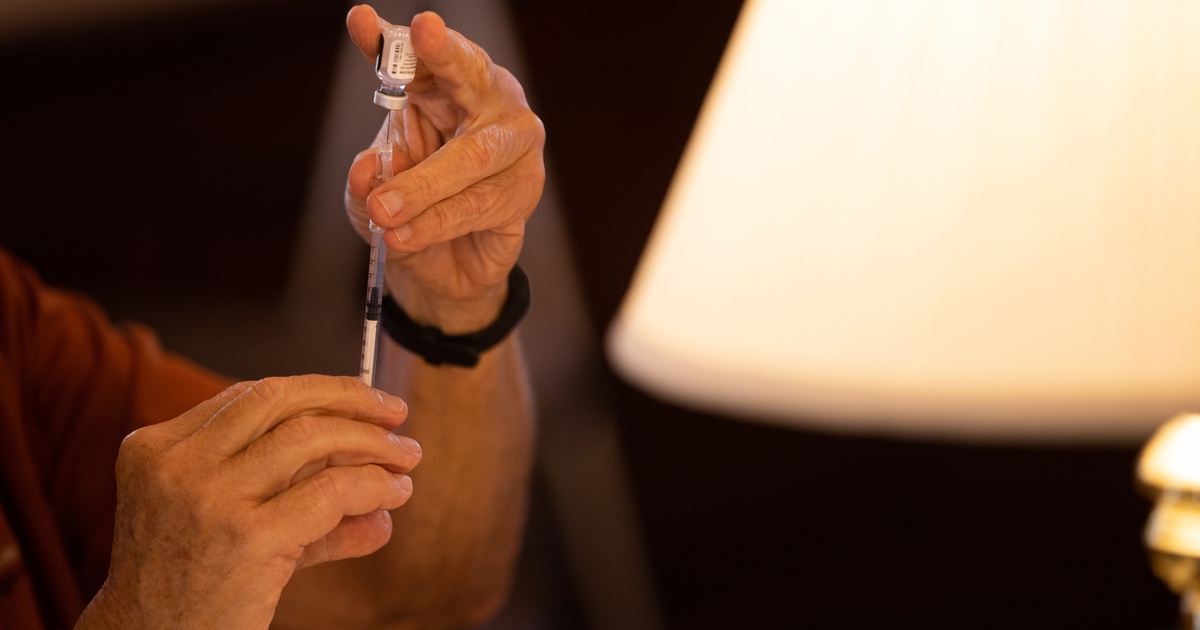 Sign up for The Brief, our daily newsletter that keeps readers up to date with the most essential Texas news.

When the vaccines were first launched last year in Texas, Syed Raza received an unusual text from a fellow doctor practicing in the Houston area.

The doctor had just received his first dose of the coronavirus vaccine and was due to receive his second injection later in the month, but he was texting Raza to note that he had read on the internet that he had enough protection against the disease. first dose and did not need it. to get the second dose.

I don’t know what he was reading, but it was incorrect. It doesn’t matter whether people are fully trained doctors or have no scientific background, it seems like we can all be fooled by these tricks, said Raza, vice president of medical operations at St. Lukes Health in Houston, who is responsible for all aspects of the isolation, treatment and stabilization of patients with COVID-19 at two hospitals in the region.

It’s scientific. Vaccines work, and they work much more efficiently if people are given both doses, he added. Using emotions or opinions that people get from unreliable sources does not help.

But a large number of Texans have apparently decided to stick to one dose of the two-dose Moderna or Pfizer vaccines: 1.89 million missed their second dose as of September 6, according to the Texas Department of State Health Services. Over a million of them are over 90 days late for their second dose.

This means that among those who received a first dose, 11% did not receive their second injection within the recommended time frame.

This numbers [confirm] a lot of what we’ve seen. We knew it, said Dr. James McDeavitt, executive vice president and dean of clinical affairs at Baylor College of Medicine. That is problematic. It always has been, but it’s even more problematic with the delta variant.

Doctors were already worried about the delay in the vaccination rate in Texas. As of September 11, about 49% of Texans were fully immunized, according to the DSHS. Nationally, just under 54% are fully vaccinated.

But the reluctance of the second shot is equally concerning, especially since the highly contagious delta variant has triggered a further rise in cases and a sharp rise in hospitalizations and deaths. Against the delta variant, McDeavitt said, the effectiveness of one dose is equivalent to not being vaccinated at all.

One dose initially gave you a degree of immunity, but it was probably in the 50-60% range, McDeavitt said. When delta began to emerge, it became very clear that a dose provides minimum protection. So if you only got one dose of Pfizer or Moderna versus the delta variant, you’re not much better off than if you weren’t vaccinated at all.

The Centers for Disease Control and Prevention recommends that people receive their second dose three weeks after their initial injection of Pfizer vaccine and four weeks after their first injection of Moderna. But people who are more than 90 days late for their second dose don’t have to start over: Other countries have allowed their citizens to go three or four months between doses, Raza said.

CDC guidelines say that a person receiving their second dose earlier or later than recommended is not a reason to restart the vaccine series. The DSHS says that a second injection will provide increased protection against the virus even if it is given more than 90 days after the initial dose.

You just need to get the second shot. Your body’s immune system will remember you received the first vaccine and you should have a pretty strong immune response, Raza said.

Raza was initially surprised by the prevalence of reluctance on the second stroke. But as the pandemic has continued, doctors have reported several reasons why it exists.

A small number, McDeavitt says, have been told by their doctors not to receive a second injection due to a severe reaction to the first injection.

More of the partially vaccinated population, McDeavitt says, either did not take the time to do so or have other obstacles like transportation to vaccination sites.

McDeavitt and Raza said others have not returned for a second stroke due to growing apathy as COVID-19 cases decline in late spring and early summer; the state’s vaccination rate leveled off at the end of the summer.

Misinformation about COVID-19 and vaccines online has also contributed, they said.

I think there was pandemic fatigue, to a large extent, Raza said. And so [people] Basically says: Well, I won’t be coming back for my second dose. I already had my first one, and based on that, I have some protection. In the meantime, we have also had very intense anti-vaccine misinformation on the Internet.

During the current delta-fueled outbreak, 90% of all COVID-19 hospitalizations in Texas have been unvaccinated.

Biden administrations’ order last week to require vaccines for federal employees and private companies with more than 100 employees could help overcome second-chance reluctance for many people. The new policy requires more than 80 million workers nationwide to be vaccinated or undergo a weekly COVID-19 test.

All of these factors combined, I think, will cause people to become a bit more compliant with a full vaccination schedule, McDeavitt said.

Join us from September 20 to 25 at Texas Tribune Festival 2021. Tickets are on sale now for this multi-day celebration of big, bold ideas in politics, public policy and the news of the day, hosted by award-winning journalists from the Texas Tribunes. Learn more.