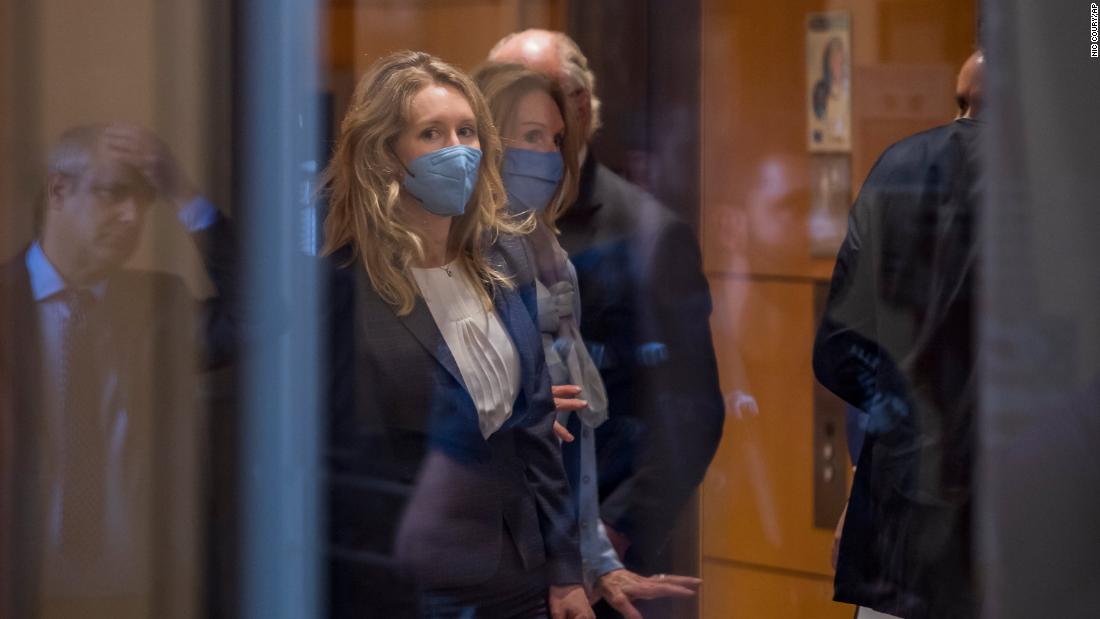 Adam Rosendorff, who joined Theranos in April 2013 after applying for a lab director position on LinkedIn, said he joined the company thinking it would be “the next Apple.” But he left in November 2014, even as the company’s profile rose, after becoming uncomfortable with its apparent priorities.

“I felt compelled to vouch for tests I didn’t trust. I came to believe that the company believed more in public relations and fundraising than in patient care,” he said on Friday, speaking about preparations for the launch with Walgreens, which has so far been at the center of the prosecution’s case. “The platform did not allow me to function effectively as a laboratory manager.”

After leaving the company, Rosendorff testified on Tuesday, spoke to a lawyer, and then spoke unofficially with Wall Street Journal reporter John Carreyrou. Asked by Assistant US Attorney John Bostic why he decided to speak to Carreyrou, Rosendorff said: “Even months after leaving the company, I felt morally and ethically obligated to alert the public. I wasn’t sure how I should do it, but when the opportunity presented itself, I took it. ”

Carreyrou’s investigative reporting revealed significant flaws in the company’s technology and capabilities that contradicted Holmes and Theranos’ claims. His work sparked further scrutiny of the company, which led to its eventual demise.

After the courtroom revelation, Carreyrou tweeted: “Adam was my first and most important source. Without him, I would not have been able to break the story of Theranos. Hats off to his courage and integrity. He is one of the true heroes of this story. . ”

Rosendorff’s importance as a witness is evidenced by his time on the stand. He was questioned for about five hours by Bostic on Friday and again for nearly two hours on Tuesday before Lance Wade, an attorney for Holmes, began his cross-examination, which is scheduled to continue in the federal courtroom on Wednesday. San Jose where the trial is underway.

Holmes’ attorneys have previously argued that the accuracy and reliability of the company’s testing was not his responsibility, but rather the legal responsibility fell on those who ran the lab – a fact that appeared to have worried Rosendorff. during his stay at Theranos. He told Bostic that before he left he asked for his name taken of the clinical laboratory as director so that “in the eyes of the state and the federal government, I would not be the person in charge of the laboratory”.

Wade pulled on that thread of accountability throughout her questioning, asking Rosendorff if Holmes was qualified for various lab positions (she wasn’t) in an effort to distance her from the inner workings of the lab to the jurors. Wade also asked Rosendorff to confirm his obligations as a laboratory director and to confirm that he knew he could lose his ability to serve as a laboratory director if he failed to meet those obligations.

“Yes, I have made serious efforts to fulfill the duties of a laboratory director. I have faced constraints and pushbacks from management,” said Rosendorff.

Rosendorff, who left his position as laboratory director at the University of Pittsburgh Children’s Hospital to work at Theranos, said he became a laboratory director in mid-2013 after applying for his medical license in California, and that a lab co-director, Mark Pandori, was hired in early 2014. (Pandori is also listed among possible government witnesses.) Rosendorff said he reported to Ramesh “Sunny” Balwani Theranos, then chief of operations, who was also Holmes’ boyfriend. Rosendorff testified that Holmes was above Balwani in the executive ranks.

Balwani and Holmes both face a dozen federal fraud and conspiracy charges over allegations that they have knowingly misled investors, patients and physicians about the capabilities of proprietary blood testing technology. Theranos. Balwani and Holmes have both pleaded not guilty and face up to 20 years in prison. They are being tried separately, with Balwani’s trial set to begin early next year.

Rosendorff was questioned by Wade as to whether Holmes or Balwani had ever told him to report an inaccurate test result, to which he indicated they had not. But, Rosendorff has sometimes said that his direction that some tests to be performed on FDA-approved devices rather than Theranos technology have been ignored.

Rosendorff, in Friday testimony, called the events leading up to Theranos’ commercial launch of tests with Walgreens “extremely rushed and rushed.”

He said Holmes and Balwani set the test validation schedule ahead of commercial deployment, he didn’t. A few days before the launch, Rosendorff sent an email to Holmes and Theranos vice president Daniel Young, who Rosendorff said was an attempt to “sound the alarm” on tests he didn’t think were ready to go, and said he raised “concerns about personnel and training”. According to the email, he had asked for “a few more weeks” to address some of the concerns, which would mean delaying the launch.

Rosendorff said he addressed the email to Holmes and had a conversation with her in her office, where she had “papers stuck to the window with a number on them, which indicated the number of days until the launch “.

“She was very nervous. She didn’t have her usual calm. She was shaking a little, her knee was pounding, her voice was breaking. She was clearly upset,” he continued. He said she responded that they could use conventional FDA approved devices rather than Theranos devices as needed.

Nine days before launch, none of the Theranos tests it intended to launch had been validated for patient care, according to a E-mail of a research and development scientist who was featured during Rosendorff’s testimony on Friday. (When Wade insisted on this launch, Rosendorff clarified that it was a soft launch open to friends and family, not the general public.)

“I wanted to protect myself”

Rosendorff, despite being a laboratory director, has also been particularly excluded from some e-mails who discussed regarding Theranos test results. He testified that he felt he “absolutely” should have been there; Holmes and Balwani, however, were looped through the emails. Echoing testimonials from former Theranos employees, Rosendorff also said he was troubled by the lack of a protocol to remove certain data points to pass quality control. as well as the high failure rates for test quality control.
Rosendorff said he had ordered the company to stop testing hCG, the hormone commonly used to detect if a woman is pregnant, on its proprietary blood test machine due to inconsistent results and to use at the same time. place a third-party device. (The first patient witness to testify was a woman who had this test; it indicated that she could miscarry while her pregnancy was going well.) Rosendorff said the company did not follow her directive.
Like former Theranos scientist Surekha Gangakhedkar, who said he printed documents relating to his work, Rosendorff said he started forwarding emails “with matters of concern” to his Gmail account. “I was not sure Theranos would keep these emails in the event of [Centers for Medicare & Medicaid Services] or a government investigation. I wanted to protect myself “.

Vaccinated citizens outside the EU are eligible for the Covid certificate