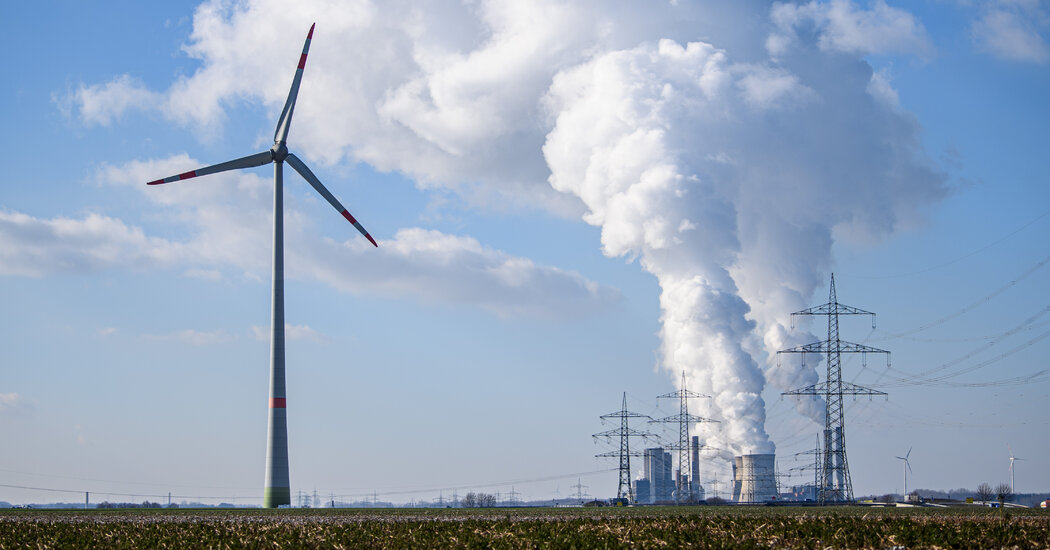 WASHINGTON Clean energy technologies such as wind turbines, solar panels and electric vehicles are advancing so rapidly that global fossil fuel use is now expected to peak by the mid-2020s and then start to decline, said Tuesday the world’s leading energy agency.

But there’s a catch: The move away from coal, oil and natural gas still isn’t happening quickly enough to avoid dangerous levels of global warming, the agency said, at least not unless governments are taking much stronger action to reduce their global warming carbon dioxide emissions. over the next few years.

Annual of the International Energy Agencies Global energy outlook, a 386-page report that forecasts global energy trends through 2050, comes just weeks before world leaders gather for a major United Nations climate summit in Glasgow to discuss how to accelerate the abandon fossil fuels and prevent the planet from overheating.

The world has made remarkable strides in clean energy over the past decade, said Fatih Birol, the agency’s executive director, in an interview. But there is still so much to do.

The new report finds that the world has made significant progress in tackling climate change. Wind and solar power are now the cheapest new source of electricity in most markets and are growing rapidly. Sales of electric vehicles around the world hit record highs last year. Around the world, approvals of new coal-fired power plants, a major source of emissions, have slowed dramatically in recent years, with governments and banks increasingly refusing to finance them.

Governments are also stepping up their policies to reduce emissions. The European Union has increased the price it imposes on major polluters for emitting carbon dioxide. India has increased efficiency standards for new air conditioners. China has said it will stop funding new coal-fired power plants abroad.

As a result, the International Energy Agency now predicts that humanity’s carbon dioxide emissions will peak in the mid-2020s and then slowly decline over the following decades. Global coal consumption is expected to decline by 2050, despite a slight increase this year due to increased industrial activity in China, while global demand for oil is expected to decline permanently by the 2030s, as people switch to electricity to power their cars.

That alone would be a remarkable change. Since World War II, global carbon dioxide emissions have followed a seemingly inexorable upward trajectory, with only temporary declines during recessions, as the world depended on ever-increasing amounts of fossil fuels to power homes, cars. and factories. A turning point is now in sight, says the report.

Even so, this change is still far from enough to avert some of the most perilous consequences of climate change, the agency warned.

Current energy policies will still put the world on track to warm to about 2.6 degrees Celsius (4.7 degrees Fahrenheit) by 2100 from pre-industrial levels, according to the report. Last month, the United Nations warned that such an outcome would be catastrophic, noting that countries already suffer much higher risks of deadly heatwaves, droughts, floods and wildfires after just 1, 1 degree Celsius of global warming to date.

Many world leaders hope to limit average global warming to around 1.5 degrees Celsius to avoid some of the most serious and irreversible risks of climate change, such as widespread crop failures or the collapse of ecosystems.

Achieving this goal will not be enough for global emissions to simply peak and then decline slowly in the decades to come, as they are currently on track to do, the International Energy Agency said. Instead, the nations of the world should act much faster to cut emissions by nearly half this decade and completely stop adding carbon dioxide to the atmosphere by about 2050.

Earlier this year, the agency presented a detailed roadmap on what such an effort might look like. By 2030, for example, electric vehicles are expected to account for more than half of new car sales worldwide, compared to just 5% today. By 2035, rich countries are expected to shut down virtually all fossil-fueled power plants in favor of cleaner technologies like wind, solar or nuclear power. By 2040, all remaining coal-fired power plants in the world will need to be retired or upgraded with the technology to capture and bury their carbon emissions.

Nations are expected to triple their investments in clean energy over the next decade, to around $ 4 trillion a year, the agency said. Most of this increased spending is expected to go to developing countries, which have been responsible for most of the growth in emissions in recent years, but have often struggled to access finance.

So far, only around 20 percent of clean energy investment is going to emerging countries, Mr Birol said. This must change. It’s a race no one wins unless everyone finishes the race.

The report notes that many countries are considering more aggressive action, at least on paper. More than 50 countries, including China and the United States as well as the European Union, have now announced targets to achieve net zero – that is, to reach the point where they will no longer add carbon dioxide. carbon in the atmosphere over the next decades. .

If every country kept that promise, the world could potentially limit total global warming to around 2.1 degrees Celsius by 2100, according to the report. But even this outcome is far from assured, as most countries that commit to achieving net zero have yet to adopt policies to achieve these goals.

The new report also warns that the transition to a cleaner energy economy could prove to be bumpy without careful planning. Over the past six years, global investments in developing new oil and natural gas fields have collapsed, especially in the wake of the pandemic. But if the world does not invest enough in clean energy alternatives to replace these sources, many countries could find themselves in an energy crisis, as Europe is currently experiencing this fall.

It must happen quickly, the report said, or the global energy markets will face a turbulent and volatile period ahead.

Tears!National table tennis veteran announced his withdrawal from the national team, some expressed gratitude, some apologized to fans