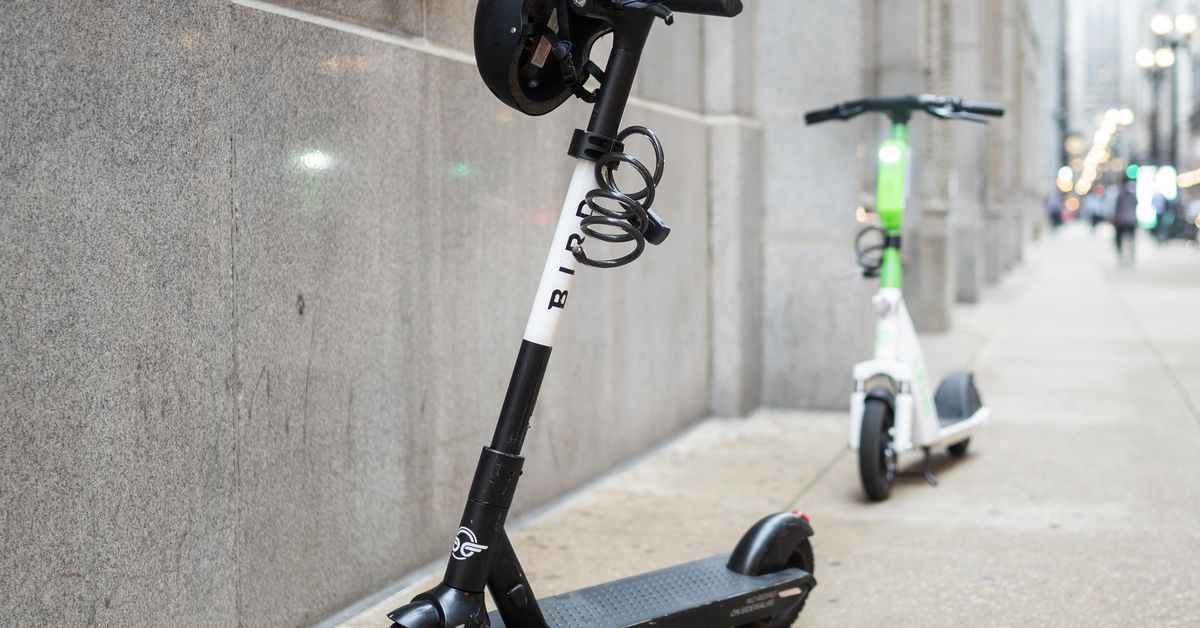 Electric scooters will become a permanent part of Chicago’s transportation system with sidewalk sensing technology to protect pedestrians as part of a two-year plan put forward on Wednesday.

The city council transport committee moved the electric scooter experience from rider to standing after an hour-long discussion that included far less criticism of sidewalk clutter than in the past.

The only vote against was cast by South Side Ald. David Moore (17th), who demanded that the scooters be parked.

This docking station situation has not been addressed. You talk again about having cables and locks and all that. They already had some of it. This is not the problem here. That doesn’t eliminate the problems we had, said Moore, who tried and failed to delay Wednesday’s vote.

If this is something we want to have, we have to install docking stations.

Moore was not appeased when told that the ordinance drafted by the Chicago Department of Transportation and championed by Transportation Committee Chairman Howard Brookins (21st) allows the CDOT to explore the stations of reception and virtual corrals along the public highway, at the expense of the city or the company. However, the ministry is not mandated to do so.

CDOT was also authorized to extend its Divvy bicycle sharing contract to the sharing of moored scooters collocated in the current network of docking stations.

Let us not put this on the taxpayers. I don’t want to hear that, Moore said.

Ald. Sophia King (4th) said it would be nice to be able to tie up electric scooters.

Even so, King told representatives from two scooter operators at the Bird and Lime meeting that you did a very good job listening to our concerns.

Bird and Lime have participated in the previous two scooter pilot programs.

Although North Side Ald. Harry Osterman (48th) voted for the ordinance. – tall buildings and the elderly.

I have a hard time keeping bikes out of Sheridan Road where I have a lot of run down old people. I don’t want to add to this chaos.

The ordinance slated for a final vote at the Thursday city council meeting allows the transportation department to issue up to three licenses to scooter-sharing dealerships, with each company free to deploy 2,000 scooters per day, from 5 am to midnight.

Under the ordinance, these companies would use lockable scooters, designed to be locked to something like a tree or a traffic sign, say between rentals, instead of just being left in the middle of a sidewalk.

The two-year clock is expected to start this spring. The Lakefront trail would be banned.

The stock of scooters could double from 6,000 to 12,000, but only after clear demand from bikers, according to CDOT MP Kevin OMalley.

The requirement that scooters be locked to a tree, pole or bike rack was tested during Chicago’s second electric scooter rider and has already resulted in a drastic reduction in missing scooters and sidewalk clutter. , according to LeAaron Foley, director of government and community relations for Chaux Chicago.

Where we have implemented a lockdown like Chicago, San Francisco and now Washington DC, the losses are drastically reduced as you now have to unlock the device using your app or your phone or text to unlock, said Foley.

Individuals must ensure that scooters are placed in an area and that they will not work if they are not in that area, Roland said.

During the hour-long chat on Wednesday, Foley and Roland described the geolocation software built into electric scooters.

We can reduce the speed from, say, 15 miles per hour to 10 miles per hour depending on the geo-fence maps we receive from CDOT and download into our app. [We can] make sure runners can no longer enter those areas or that they only have to go at a certain speed while in that area, Foley said.

Roland added: They slow down until they stop once they enter this area that we have mapped out with our teams. All of our vehicles are equipped with brains with GPS and other forms of sensors and technologies that allow them to recognize where they are, slow down and stop if you are indeed in that area.

West Side Ald. Michael Scott Jr. (24th) was so in love with geo-fencing technology that he asked if it could ever be used even better.

Scott was told the technology was not available, but companies would be making a lot of noise in safe driving messages.