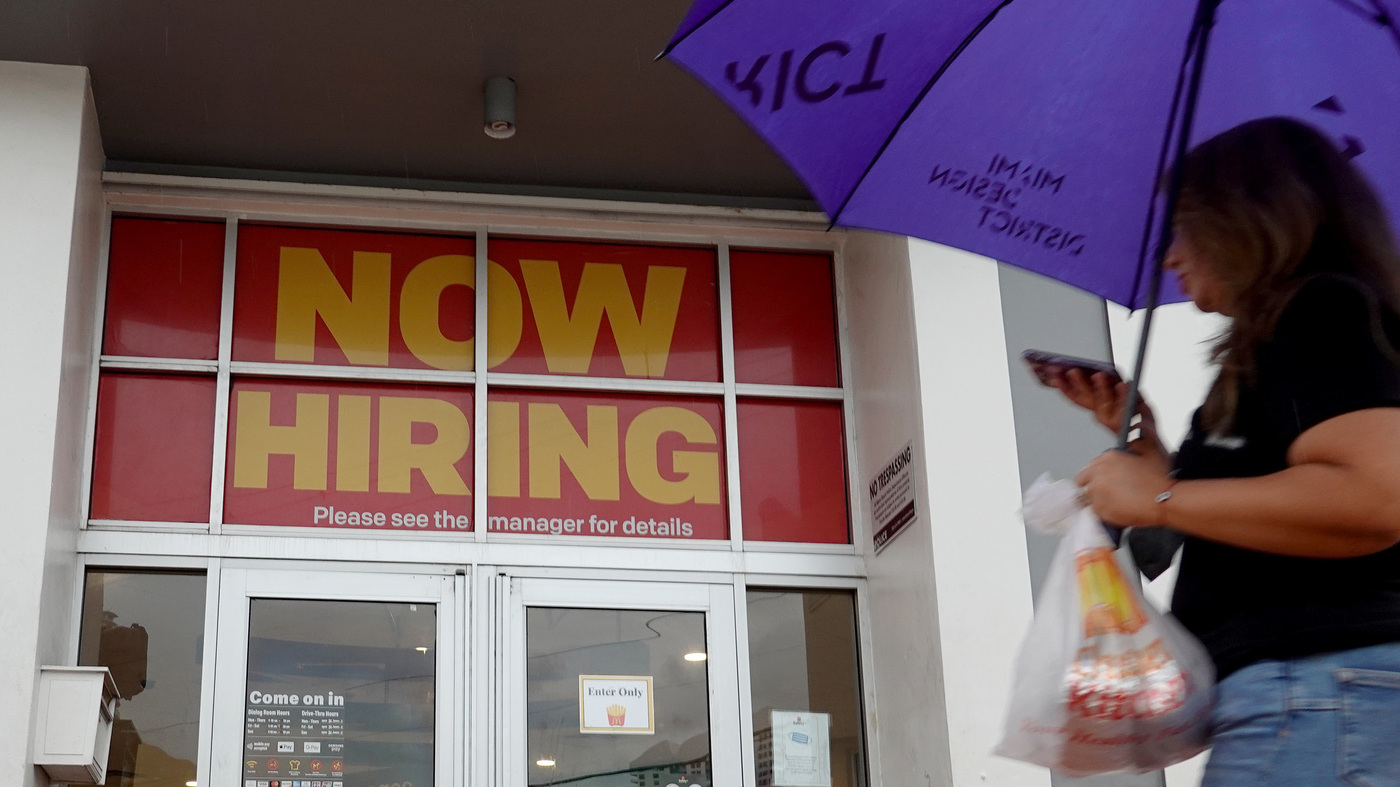 Restaurants, like this McDonald’s in Miami Beach, Florida, have been big drivers of job growth.

Restaurants, like this McDonald’s in Miami Beach, Florida, have been big drivers of job growth.

Hiring slowed significantly last month as COVID-19 cases increased, even before the arrival of an even more worrying new variant of the coronavirus, which could put another speed bump in the way of the market’s recovery. job.

Employers added just 210,000 jobs in November, according to a monthly snapshot of the Ministry of Labor. Job growth appeared to be faltering after hiring increased in September and October. The hiring figures for these months have been revised upwards.

“The improvement in the unemployment rate is truly amazing,” said Cecelia Rouse, who heads President Biden’s Council of Economic Advisers. “It is important to note that we have seen improvements in unemployment rates for blacks and Hispanics, Asians, men and women. So this has been widely shared. This suggests that it is a labor market where people come back and where they find work. ”

The mixed signals show how unpredictable the job market is in the pandemic economy. And the new variant adds to that uncertainty.

Health experts do not yet know how contagious the omicron strain is or how effective vaccines will be against it. But the delta wave over the summer illustrates how an increase in infections can reduce both the demand for workers and the number of people willing to work.

“We have seen a very real hiring slowdown because of the delta variant,” said Nela Richardson, chief economist at payroll company ADP. “There were fewer people going to restaurants. Fewer people traveling. And that had an impact on hiring. It probably impacted less people deciding to return to the workforce.”

So far, the United States has recovered about 82% of the jobs lost during the pandemic. But the 2.4 million more who left the workforce when the coronavirus hit have not yet returned. We don’t know when or even if they will.

“We all thought there would be a significant increase in the labor supply and that did not happen. So you ask, “Why? “Federal Reserve Chairman Jerome Powell told a Senate committee this week.” There is enormous uncertainty about this, but much of it is clearly linked to the ongoing pandemic. ”

Powell said he didn’t expect the omicron variant to do as much damage to the job market as the first wave of the pandemic, in the spring of 2020. But it could delay the recovery.

Many employers complain that they want to hire more people but don’t have enough candidates. Powell warned that persistent labor shortages could exacerbate supply chain bottlenecks that have already pushed inflation to its highest level in more than three decades.

Many observers now believe that the central bank may raise interest rates earlier than expected next year, in an effort to contain price increases.

So far, the Fed has been prepared to tolerate somewhat higher inflation in the hope of fostering full employment. But as the job recovery continues, Powell appears to be rethinking that balance.

“To get back to the kind of great job market we had before the pandemic, we’re going to need a long expansion,” Powell said. “To achieve this, we’re going to need price stability. And in a sense, the risk of persistently high inflation is also a major risk in re-entering such a labor market.”

The factories, which saw strong demand, added 31,000 workers in November.

“Manufacturing fuels supply chain and labor supply issues,” said Richardson. “Even though we are seeing a slowdown in supplier deliveries that could hamper production, hiring remains strong. ”