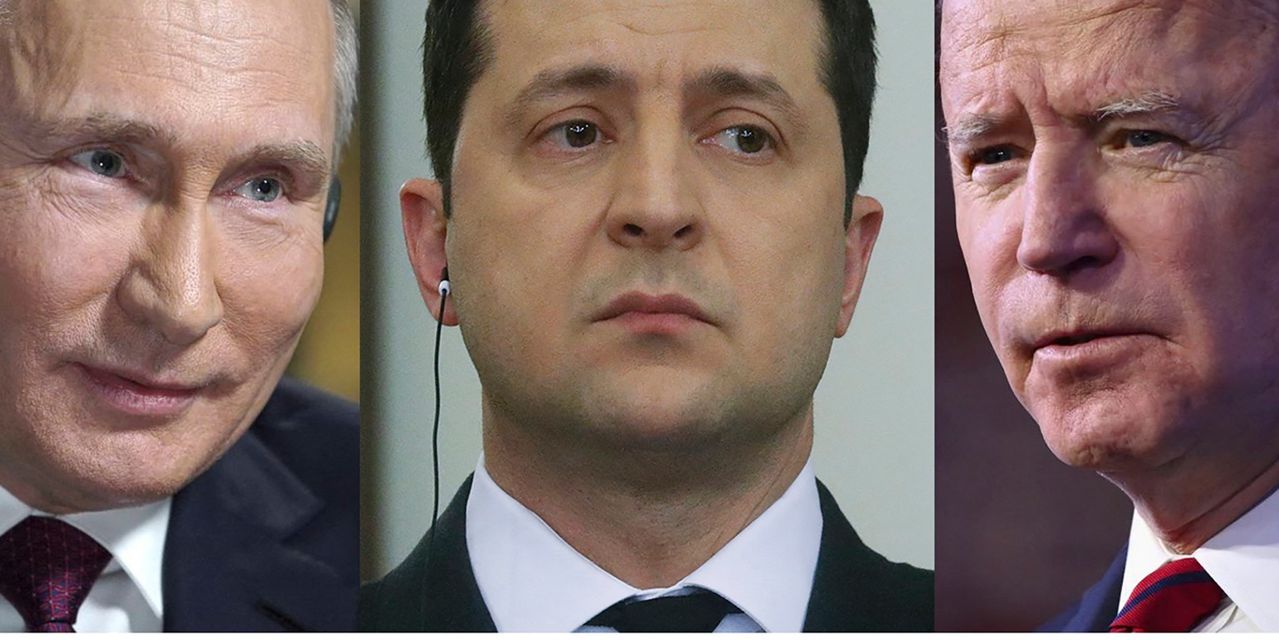 Fears of a Russian invasion of Ukraine are growing, prompting analysts and traders to weigh the potential shock waves in financial markets.

Treasuries are a traditional safe haven during times of geopolitical and economic stress. A rally in Treasuries would lead to lower yields, which move in the opposite direction of prices. A Treasury sell-off sent yields higher, with the 10-year Treasury rate TMUBMUSD10Y,

ending nearly 1.77% on Friday after hitting a nearly two-year high earlier in the week.

The Swiss franc, another popular safe haven, could also rally, along with the euro/Swiss franc EURCHF,

currency pair likely to fall to CHF 1.03 on a frozen rope if Russia moves, Donnelly said. The euro was worth 1.043 francs on Friday.

Russia, which has already placed more than 100,000 troops on the Ukrainian border, this week began moving tanks, infantry fighting vehicles, rocket launchers and other military equipment west from bases located in the Far East, The Wall Street Journal reported, citing US officials and social media.

Russian President Vladimir Putin is seen using the threat of an invasion as leverage, as Moscow demands NATO never offer Ukraine or Georgia membership. Russia has pressed on a range of other demands, including that US and allied troops leave NATO members from Eastern and Central Europe. This week’s talks between Russia, the United States and NATO did not lead to a breakthrough. The United States and its allies have pledged to respond to any Russian invasion of Ukraine with tough economic sanctions.

Nervousness rose on Friday after a cyberattack rendered a number of Ukrainian government websites temporarily unavailable. Ukrainian Foreign Ministry spokesman Oleg Nikolenko told The Associated Press that it was too early to say who was behind the attack, but there is a long record of Russian cyberattacks against Ukraine in the past.

Russia’s 2014 invasion and annexation of Ukraine’s Crimean Peninsula shook global markets, but as is often the case around geopolitical flare-ups, volatility quickly waned.

In 2014, US equities saw significant declines on Ukraine (March and May), but shrugged off the story fairly quickly. I don’t think stocks are a good way to play this scenario, Donnelly said.

When it comes to stocks, perhaps the takeaway from past geopolitical crises is that it’s best not to panic sell, MarketWatch columnist Mark Hulbert wrote in September.

He noted data compiled by Ned Davis Research examining the 28 worst political or economic crises in the six decades leading up to the September 11, 2001, attacks. In 19 cases, the Dow Jones Industrial Average DJIA,

Geopolitical issues simmer all the time and if you look at history, very, very few geopolitical events impact markets for more than a few days, he said, but noted that there are exceptions and when they happen, it’s huge.

US stocks posted a mixed finish on Friday, leaving the Dow Jones Industrial Average a weekly decline of 0.9% and the S&P 500 SPX,

each down 0.3%. Weakness in US equities at the start of 2022 was largely blamed on rising Treasury yields linked to mounting inflationary pressures and expectations that the Federal Reserve will be much more aggressive than expected in rate hikes and tightening. politics.

is down 6.6% so far in January and has fallen more than a quarter from a more than nine-year high set in late October. The Russian ruble USDRUB,

is down more than 9% against the US dollar over roughly the same period.

Barrons: As tensions between Russia and Ukraine escalate, Russian stocks may be too cheap to resist

the US benchmark up more than 11% since the calendar switch, while the global benchmark Brent crude BRN00,

increased by more than 10%. Both are trading not far from the multi-year highs set in November.

With oil prices firmly in the White House’s political red zone and a Russian invasion of Ukraine still high on the agenda, the rush for additional barrels is likely to become an increasingly urgent priority, analysts wrote. of RBC Capital Markets, in a Thursday note.