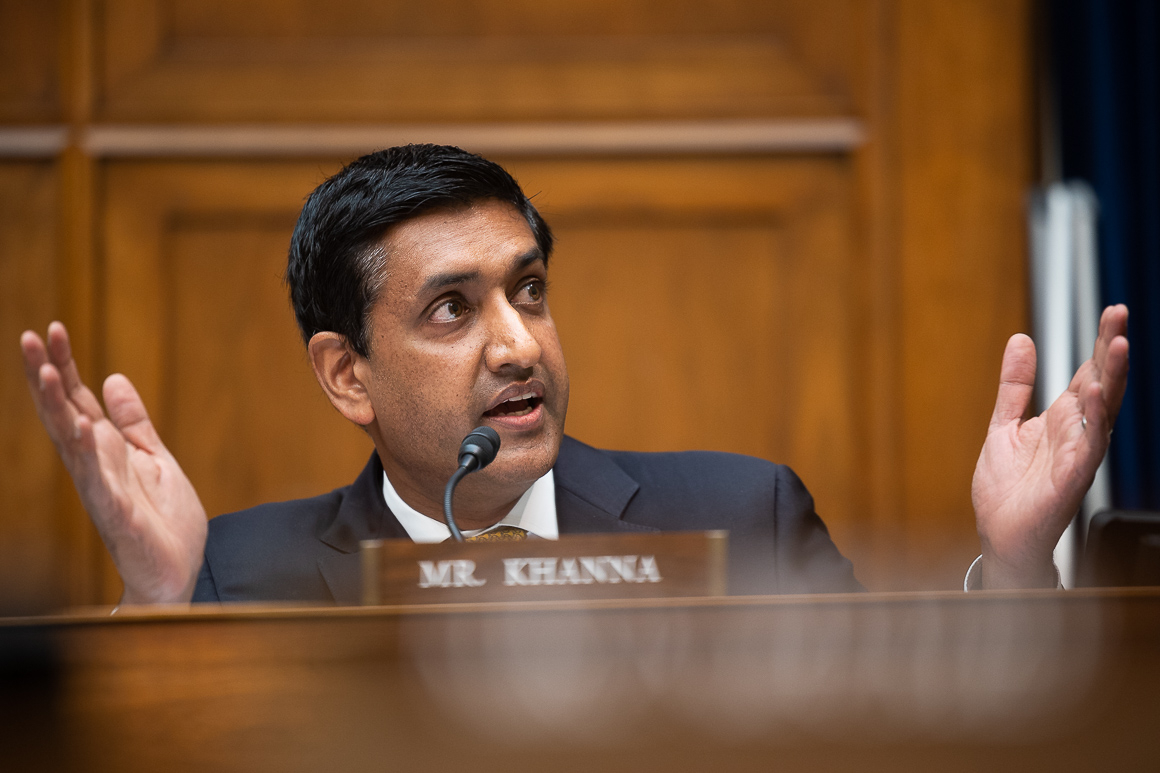 This story was updated at 2 p.m. EDT.

The House Oversight and Reform Committee is calling on members of the boards of four oil companies to testify next month, expanding its investigation into industry efforts to downplay climate change.

Yesterday the panel asked board members of Exxon Mobil Corp., BP PLC, Royal Dutch Shell PLC and Chevron Corp. to appear at a February 8 hearing focused on the companies’ net-zero emissions pledges and their sufficiency to curb climate change.

“These commitments focus on emissions from companies’ own operations, omitting the massive downstream emissions that occur when consumers burn company-produced fossil fuels,” Chair Carolyn Maloney (DN.Y.) and Environment Subcommittee Chair Ro Khanna (D-Calif.) letters to the members of the council. “Using this narrow measure allows companies to claim that their emissions are falling even as they extract and sell more oil and gas, thereby increasing their total emissions.”

The hearing is the second public event in the panel’s investigation into what it has dubbed “big oil misinformation,” and it signals a potentially wider scope for the investigation. The invitation list includes Alexander Karsner, a former Department of Energy official who joined Exxon’s board last year under a bid from startup investment firm Engine No 1 to disrupt the company’s long-term strategy (thread of energy, June 3, 2021).

At the first hearing late last year, Democrats sparred with top executives from the four companies, as well as the US Chamber of Commerce and the American Petroleum Institute. At one point, Maloney accused Exxon CEO Darren Woods of lying to the committee (green wire, October 28, 2021).

Days later, Maloney subpoenaed the four companies and two trade organizations for documents related to their internal climate science, funding of outside organizations and historic efforts to spread climate disinformation.

Khanna said he plans to ask about Woods’ statements at the latest hearing, as well as what board members believe is necessary for the company to align with the company’s goals. Paris climate agreement.

Exxon announced a net zero by 2050 pledge this week that was widely criticized by climate scientists and environmentalists for failing to cover so-called scope 3 emissions, the downstream impact of its products that make up the vast majority of the company’s greenhouse gas footprint.

“This audience may actually be even bigger than the early CEO hearings,” Khanna said in an interview. “This is the first time you’re going to have people on the board who campaigned as agents of change, who campaigned as climate advocates, being held accountable under oath for what’s going on. really going on in these companies.”

In addition to Karsner, the committee invited Susan Avery, a climate expert and former president of the Woods Hole Oceanographic Institution, who joined Exxon’s board in 2017.

Casey Norton, spokesperson for Exxon, said in a statement: We have been communicating regularly with the committee since last summer and have provided staff with more than 200,000 pages of documents, including board documents and internal communications. In addition, our President and CEO voluntarily appeared before the committee and answered questions during a 6 hour hearing.

To other companies, the panel called for the appearance of Enrique Hernandez, who chairs the public policy and sustainability committee on Chevron’s board; Melody Meyer, Chair of BP’s Board Safety and Sustainability Committee; and Jane Holl Luth of Shell.

Shell spokesman Curtis Smith said the company was still reviewing the panel’s letter but was “working hard to provide the Committee with the requested documents in November 2021”.

“In a relatively short period of time, we have provided the Committee with thousands of pages of documents that speak directly to Shell’s position on climate change over several decades, our strong support for the Paris Agreement and our efforts to be an industry leader in the transition to a low-carbon future,” Smith said in an email.

If board members don’t show up, Khanna said, the committee could consider additional subpoenas.

Still, he said, the companies have complied with subpoenas Maloney issued last year.

“It’s been reasonable so far,” Khanna said. “They started to produce documents. They understood that we were serious, that we were not joking.”

Khanna began exploring the investigation in the spring of last year, but it accelerated in July when an arm of Greenpeace UK released a secretly recorded video of former Exxon lobbyist Keith McCoy, discussing the company’s strategy to undermine climate policy.

McCoy said, among other things, that Exxon only supports a carbon tax as a “talking point” and that it views trade organizations as the “whipped son” of Congress (Daily O&M, July 1, 2021).

Exxon was suspended from the pro-carbon-tax Climate Leadership Council after the stinging strip, and the company finally said in September that it had parted ways with McCoy.

Maloney and Khanna had requested closed-door testimony from McCoy before the CEO hearing, but were unsuccessful. Khanna said the effort has been on the back burner for now, with companies starting to produce documents directly.

Maloney said next month’s hearing will find out whether the companies are “just speaking out while continuing to put our planet at risk.”

“Fossil fuel company boards play a key governance role in addressing the climate crisis,” Maloney said in a statement. “We invited them to testify so that we can hold the fossil fuel industry accountable and ensure that these companies take real action to fight climate change.”

Can companies optimize the innovations they have at their disposal?