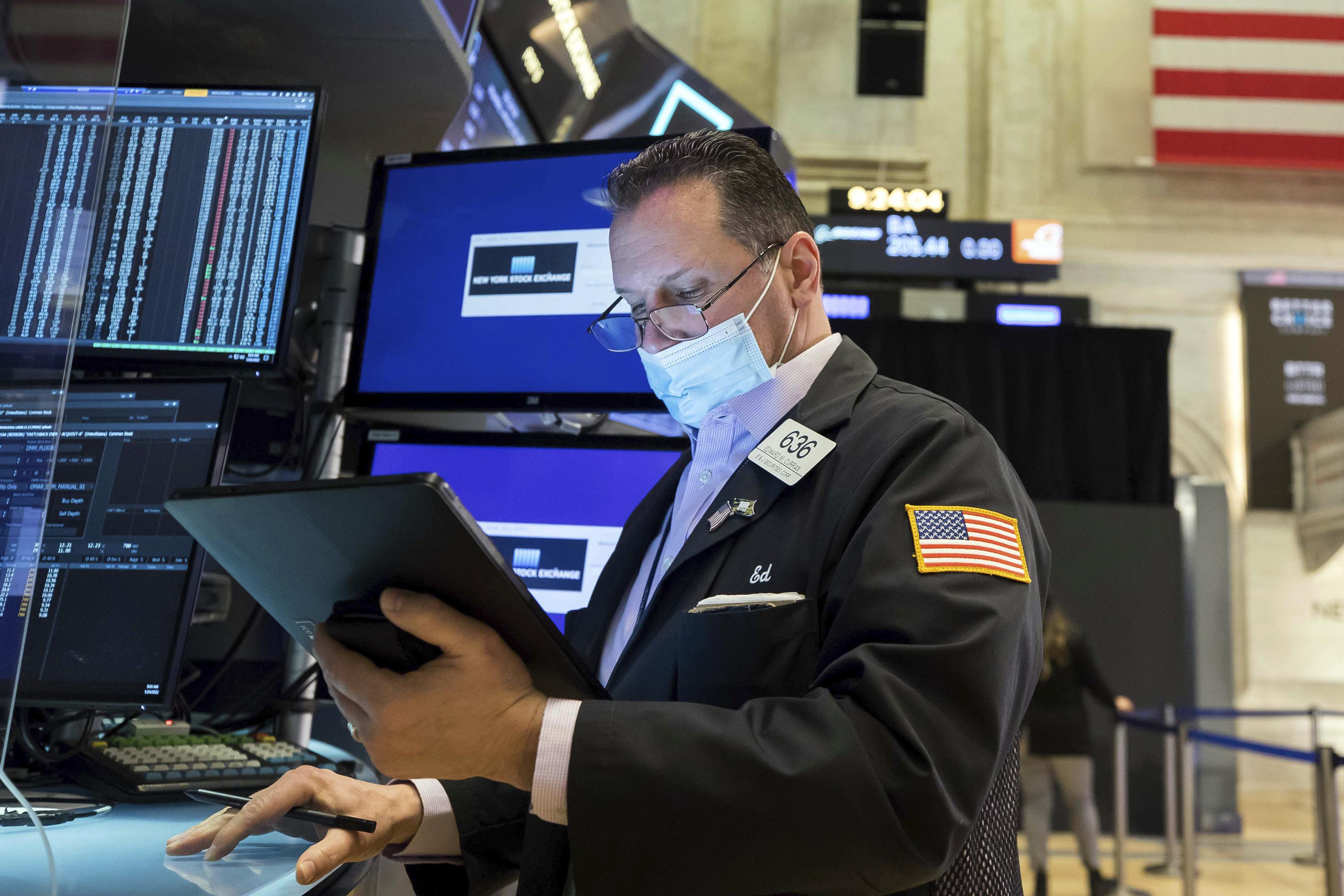 NEW YORK (AP) Stocks fell sharply on Monday as investors anticipated the Federal Reserve’s inflation-fighting measures and worried about the possibility of a conflict between Russia and Ukraine.

The stock market extended its decline for three weeks and put the benchmark S&P 500 on track for a so-called correction, a decline of 10% or more from its most recent peak. The price of oil and bitcoin fell, as did the yield on 10-year Treasury bills, a sign of investor concern about the economy.

The steady decline in stock prices came as the Fed signaled it was ready to start raising its benchmark short-term interest rate in 2022 in an attempt to rein in inflation, which is at an all-time high. level for nearly four decades.

The Fed’s short-term rate has been close to zero since the pandemic hit the global economy in 2020, fueling consumer and business borrowing and spending.

But rising prices in supermarkets, car parks and gas stations fear that consumers will reduce their spending to limit the pressure on their budgets. Companies have warned that supply chain issues and rising raw material costs could squeeze profits.

The Fed has kept downward pressure on long-term interest rates by buying trillions of dollars in government and corporate bonds, but those emergency purchases are set to end in March. The rate hike aims to slow economic growth and the rate of inflation.

There is short-term panic and part of that is the high level of uncertainty around what the Fed is going to do, said Sylvia Jablonski, chief investment officer at Defiance ETFs.

Jablonski said investors haven’t rushed to buy stocks during the recent decline. Buying the dip was a feature of market optimism for much of the period following the 2008-09 financial crisis.

The sale extended to cryptocurrencies. Bitcoin fell to $33,000 overnight, but rallied back above $36,000 in the early afternoon. Still, the digital currency is well below the high of over $68,000 reached in November.

Market awaits news from Federal Reserve policymakers after their last meeting ended on Wednesday. Some economists have expressed concern that the Fed is already acting too late to tackle high inflation.

Other economists say they fear the Fed is acting too aggressively. They argue that many rate hikes would risk provoking a recession and would in no way slow inflation. From this perspective, high prices primarily reflect tangled supply chains that Fed rate hikes are powerless to remedy.

When the Fed raises its short-term rate, it tends to make borrowing more expensive for consumers and businesses, which slows down the economy in an effort to reduce inflation. This could reduce corporate earnings, which tend to dictate stock prices over the long term.

The Fed’s benchmark short-term interest rate is currently in a range of 0% to 0.25%. Investors now see a nearly 65% ​​chance that the Fed will hike the rate four times by the end of the year, up from 35% a month ago, according to CME Groups’ Fed Watch tool.

Wall Street anticipates the first interest rate hike in March. In a note to clients this weekend, Goldman Sachs forecast four rate hikes this year, but said the Fed could be forced to raise rates five times or more if supply chain issues and wage growth keep inflation high.

Investors are also watching developments in Ukraine. Tensions soared on Monday between Russia and the West over concerns Moscow is planning to invade Ukraine, with NATO outlining potential troop and ship deployments.

The European STOXX 600 index closed down 3.6% on worries about Fed tightening and worries about the situation around Ukraine. The Russian ruble also fell after US President Joe Biden indicated that in the event of a Russian invasion, the United States could block Russian banks from accessing dollars or impose other sanctions.

Bond yields fell slightly. The 10-year Treasury yield fell to 1.72% from 1.74% on Friday evening. Falling yields have weighed on banks, which rely on higher yields to charge more lucrative interest on loans. Bank of America fell 3%.

Investors are watching the latest round of corporate earnings, in part to gauge how companies are handling rising prices and what they plan to do as inflation continues to pressure operations.