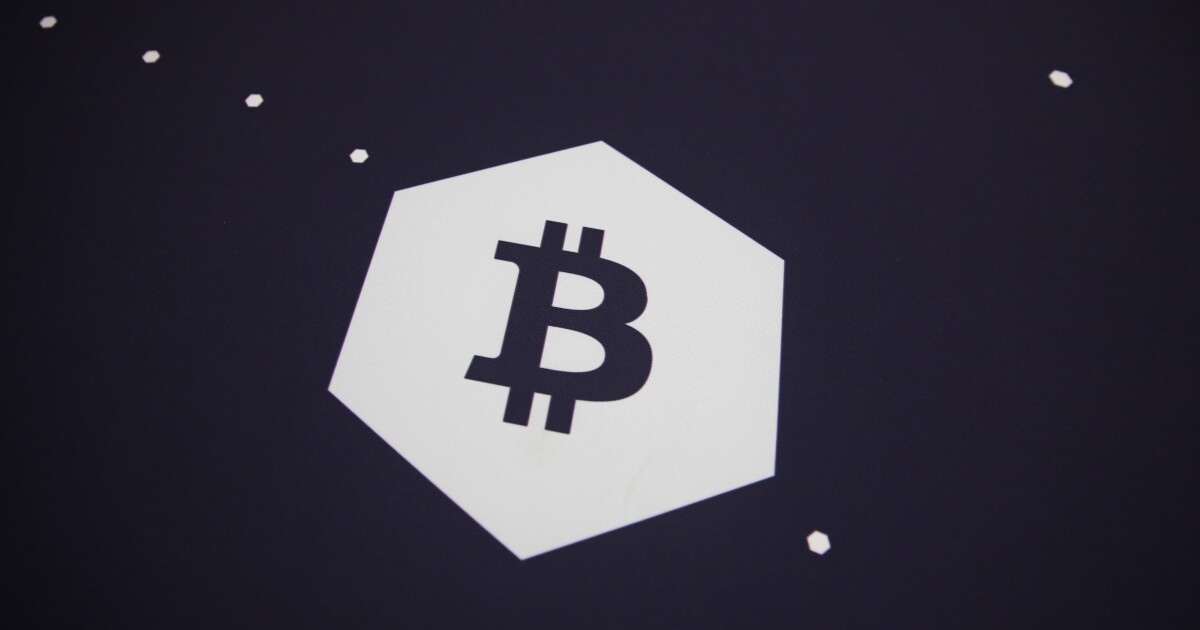 As the old maxim goes, sometimes the bigger they are, the more they fall.

Bitcoin and other cryptocurrencies have exploded during the pandemic, turning many amateur investors into millionaires, at least on paper. Bitcoin, for example, hit an all-time high of nearly $68,000 in November.

Today, it is trading at less than half that amount amid intense selling that has accelerated in recent weeks.

It was even worse for an area of ​​cryptocurrencies called stablecoins, especially one called TerraUSD which fell hard.

Here’s an overview of what’s going on.

So why are cryptocurrencies so down?

Simply put, cryptocurrencies have been caught in the maelstrom affecting wider markets.

Stocks, bonds and other assets have fallen in recent weeks as investors fear the Federal Reserve will have to aggressively raise interest rates to fight inflation, raising the prospect of a recession.

The falls in broader markets have affected cryptocurrencies, with bitcoin down more than 20% in the last two weeks.

The sell-off was worse for some of the newer cryptocurrencies such as Dogecoin, which started out as a joke and then took off, thanks in part to the backing of billionaire Elon Musk.

It’s a stark reversal from a few months ago, when actors such as Matt Damon and Larry David featured crypto companies in Super Bowl commercials.

Wasn’t Bitcoin supposed to be an inflation hedge?

Yes, but it hasn’t been one, at least until now.

Bitcoin was the first cryptocurrency and remains the most popular of all.

Bitcoin proponents have long touted digital currency as a hedge against inflation, in part because there is a finite supply of it.

But Bitcoin fell hard, along with stocks.

If Bitcoin was seen as a true inflation hedge, it would have to rally given that inflation is at its highest level in decades.

“A lot of people thought it would be an inflation hedge, but there’s really very little data to prove it,” says Randy Frederick, Charles Schwab’s managing director who covers cryptocurrencies. “More recently, it hasn’t risen as the market has fallen. If it had been an inflation hedge, it might have done.”

Still, Bitcoin’s case as an inflation hedge isn’t quite dead either, experts say.

Bitcoin may be the oldest of cryptocurrencies, but it’s only been around for a little over a decade.

That means analysts don’t have a lot of historical data. Frederick, for example, says we will know a lot more about Bitcoin’s behavior through more market cycles.

Cryptocurrencies have spawned offshoots and led to more sophisticated or, as some regulators see them, dangerous assets.

Stablecoins such as tether or USD Coin are a type of crypto that is growing in popularity.

Most stablecoins are meant to be backed by real assets. This means that for every dollar in a stablecoin, the exchange or seller would have to set aside the equivalent in real fiat currency, like dollars, or the equivalent amount in an easily traded security like government bonds.

This is what is supposed to make them more “stable”. If the buyer of the stablecoin wanted to withdraw money from this virtual currency, it should be easy since the exchange is supposed to have the money at hand, in the same way that bank customers expect to be able to withdraw their money at any time.

But regulators have long debated whether exchanges really keep these durable assets aside in an account. Additionally, stablecoins have created their own offshoots.

One of them, TerraUSD, has been in big trouble for the past few days. TerraUSD is known as an algorithmic stablecoin because it relies on financial engineering to maintain the 1-to-1 peg between the stablecoin and backup assets.

TerraUSD is even tied to another cryptocurrency called Luna.

The stablecoin hit 14 cents on Friday, well below the $1 it should theoretically fetch.

So where do we go from here?

More broadly, the outlook for cryptocurrencies will likely continue to be tied to general market sentiment.

But the fall in cryptocurrencies and the collapse in value of TerraUSD should alarm policymakers such as Treasury Secretary Janet Yellen and Securities and Exchange Commission Chairman Gary Gensler.

This may lead to greater regulation of cryptocurrencies in general.

Sustained falls in cryptocurrencies could also raise doubts about the future of virtual currency more broadly, just as there were signs that it was trying to mature, with more and more professional investors starting to exchange them.

Last month, Fidelity, the largest pension plan provider, announced it would allow employers to offer Bitcoin 401(k) plans, although the Department of Labor warned employers against doing so.

Yet cryptocurrencies also have many fanatical followers who are used to sell-offs and reversals, and many of them believe this is a short-term decline.

Tschosik of Ned Davis Research, for example, is “long-term bullish on Bitcoin,” he says. “We still see his acceptance continue to grow.”

He points the finger at millennials, for example, who want to invest in cryptocurrencies because they appear to be a “legitimate option”.

However, not everyone agrees, leaving the future of cryptocurrencies uncertain.

Families, not investors, deserve to have a home in Maui County | News, Sports, Work

Schalke is my life! It’s my life! The fallen giant back in the Bundesliga in typically dramatic fashion