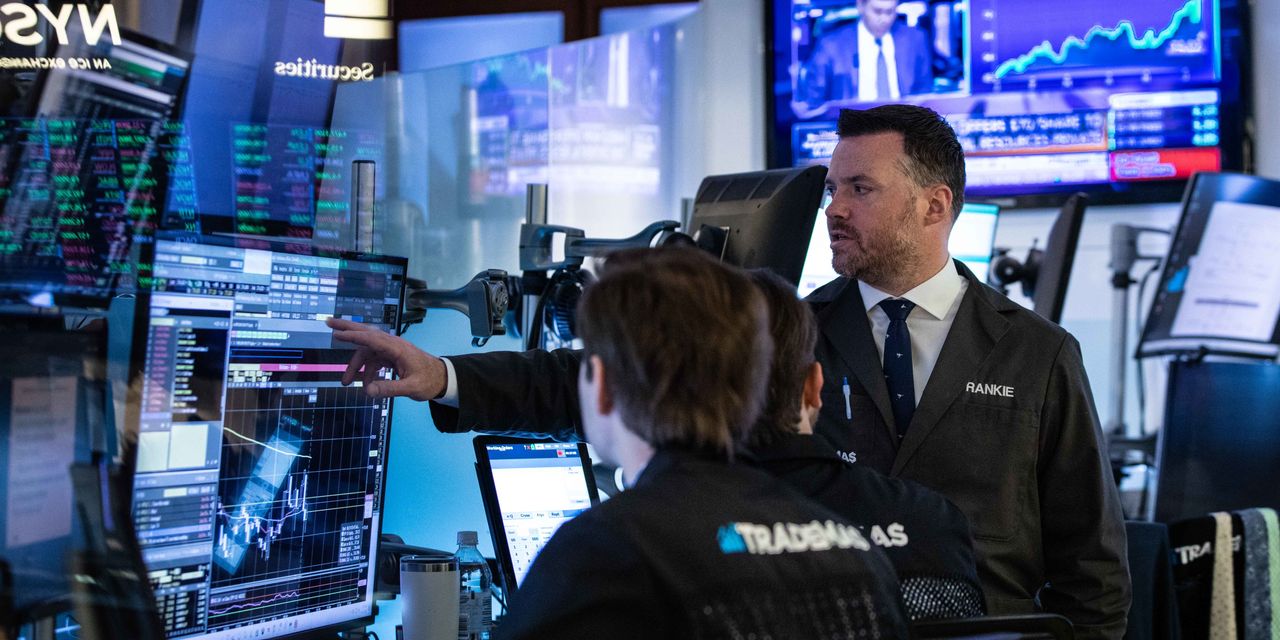 The latest consumer price index, released this morning, showed an annualized increase of 8.5% in July, below estimates of 8.7% and below June’s result of 9.1%. This is a potential sign that the Federal Reserve will not need to be more aggressive in its fight against inflation and may soon slow the pace of interest rate hikes.

Risky assets are rising in response to the weaker-than-expected CPI report this morning, wrote Brian Price, head of investment management for Commonwealth Financial Network. The market seems to be reassured that the peak of inflation seems to have passed and we should continue to see declines in the second half of the year.

This possibility that the Fed will slow the pace of its rate hikes is reflected in the bond market. Treasury yields certainly aren’t soaring, with the 2-year yield ending at 3.21%, barely changed from just minutes before the inflation reading was released. The 10-year yield fell to 2.79% from 2.8% just before printing.

While inflation only eased slightly, the weaker-than-expected reading is exactly what the stock market needed. The Nasdaq has climbed more than 21% since its mid-June low as signs of slowing inflation emerged. The index remains down about 20% from its all-time high reached in November 2021. The Dow Jones and S&P 500 are both up more than 10% from their mid-June lows, but remain well below their historical highs.

The stock market is not out of the woods yet. First, inflation is still high and the Fed needs to see it continue to come down.

An encouraging CPI report does not constitute a new and lasting inflation trend, wrote Jason Pride, director of private wealth investments at Glenmede. Now that the Fed is closer to neutral on fed funds, its decision process on further rate hikes will likely be heavily data driven.

Consistent with this possibility, the stock market is still trading close to a key level. The S&P 500 is hovering just around the 4200 level, where it found resistance or sellers earlier this year. For more buyers to arrive, the market will need to see continued evidence of lower inflation. Market moves on Thursday morning will be critical.

Elsewhere, the market is also analyzing earnings reports this week from companies such as

Here are some moving actions on Wednesday:

(TSLA) Chief executive Elon Musk has revealed he sold $6.9 billion worth of stock in his electric vehicle company over the past three trading days. Musk said in a tweet that in the (hopefully unlikely) event that

forces the conclusion of this agreement and that certain financial partners do not show up, it is important to avoid an emergency sale of

(TWTR), while the social media company attempted to enforce the purchase in court. Tesla stock rose 3.9% and Twitter 3.7%.

(COIN) posted a loss of $4.98 per share in the second quarter, compared to a loss of $2.47 per share expected by analysts. The stock reversed earlier declines to rise 7.4%.

(SG) rose 8% after the salad restaurant chain posted a second-quarter loss that beat expectations and revenue that missed estimates.

Tennis: Venus and Serena Williams: the best duo in tennis history is gone