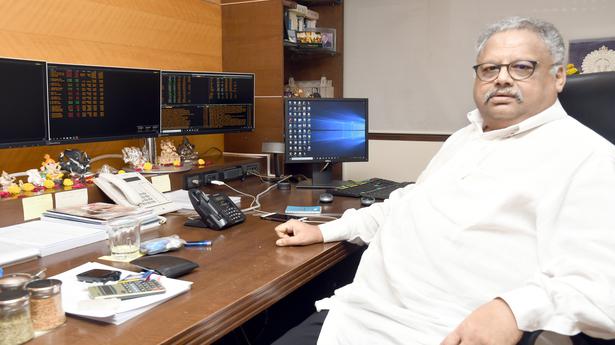 Jhunjhunwala was known as Indias Warren Buffet for his ability to buy quality stocks cheaply long before they became big performers.

Jhunjhunwala was known as Indias Warren Buffet for his ability to buy quality stocks cheaply long before they became big performers.

The promoter of Akasa Air, Mr. Jhunjhunwala appeared a few days ago during his public launch. He is survived by his wife and three children.

Known as Indias Warren Buffet for his ability to acquire quality stocks at low prices long before they became top performers, Mr Jhunjhunwala was a cult figure in the Indian capital market. Retail investors followed his investment model.

Also known as Big Bull, he has always been optimistic about India’s growth story. His latest investment was in low-cost airline Akasa Air, which began flight operations last week.

Although the family has yet to release a statement, Mr Jhunjhunwala is believed to have died of kidney problems and acute multi-organ failure.

People close to him said he was unwell for more than two years due to high diabetes. He was mostly strapped to a wheelchair or on the bed. He had also been in and out of Breach Candy Hospital over the past few weeks.

He made all of his investment decisions and invested through his asset management company Rare Enterprises. The company name is derived from the first two letters of his name and that of his wife Rekha, who is also a stock investor.

The net worth of Mr. Jhunjhunwalas is estimated at $5.8 billion (about 46,000 crore) per Forbes. He was the 36th richest individual in India.

Rakesh Jhunjhunwalla started out as a smart investor who knew how to play on fear and greed. He was a speculator, investor and entrepreneur, said market analyst Arun Kejriwal, founder of Kejriwal Research.

The one important lesson he taught the market is that no matter how big your position is, you have to stop it when the market goes against you, he added.

Prime Minister Modi took to Twitter to pay tribute to Mr Jhunjhunwala and offered his condolences to his family.

Rakesh Jhunjhunwala was indomitable. Full of life, witty and insightful, he left behind an indelible contribution to the financial world. He was also very passionate about the progress of India. His passing is saddening. My condolences to his family and fans. Om Shanti, wrote PM Modi.

Rakesh Jhunjhunwala was indomitable. Full of life, witty and insightful, he left behind an indelible contribution to the financial world. He was also very passionate about India’s progress. His passing is saddening. My condolences to his family and fans. Om Shanthi. pic.twitter.com/DR2uIiiUb7

I can’t thank him enough for believing in us, says Akasa Air CEO

We are deeply saddened by the untimely passing of Mr. Rakesh Jhunjhunwala this morning. Our thoughts and prayers are with Mr. Jhunjhunwala’s family and friends. May his soul rest in peace, Akasa Air, which was funded by Mr Jhunjhunwala, said in a statement

We at Akasa cannot thank Mr. Jhunjhunwala enough for believing in us and putting his trust in us to build a world-class airline. Mr. Jhunjhunwala had an invincible spirit, was deeply passionate about all things Indian and cared deeply about the welfare of our employees and customers. Akasa Air will honor Mr. Jhunjhunwalas’ legacy, values ​​and trust in us as we strive to lead a great airline, the statement said.

He served on the boards of several companies, where he held a significant stake, including Aptech. He had also invested in several start-ups.

The stock markets will miss this flamboyant Big Bull, who unlike the previous two Big Bulls, namely Harshad Mehta and Ketan Parekh, stayed away from scams, earned his money and talked about his wealth.