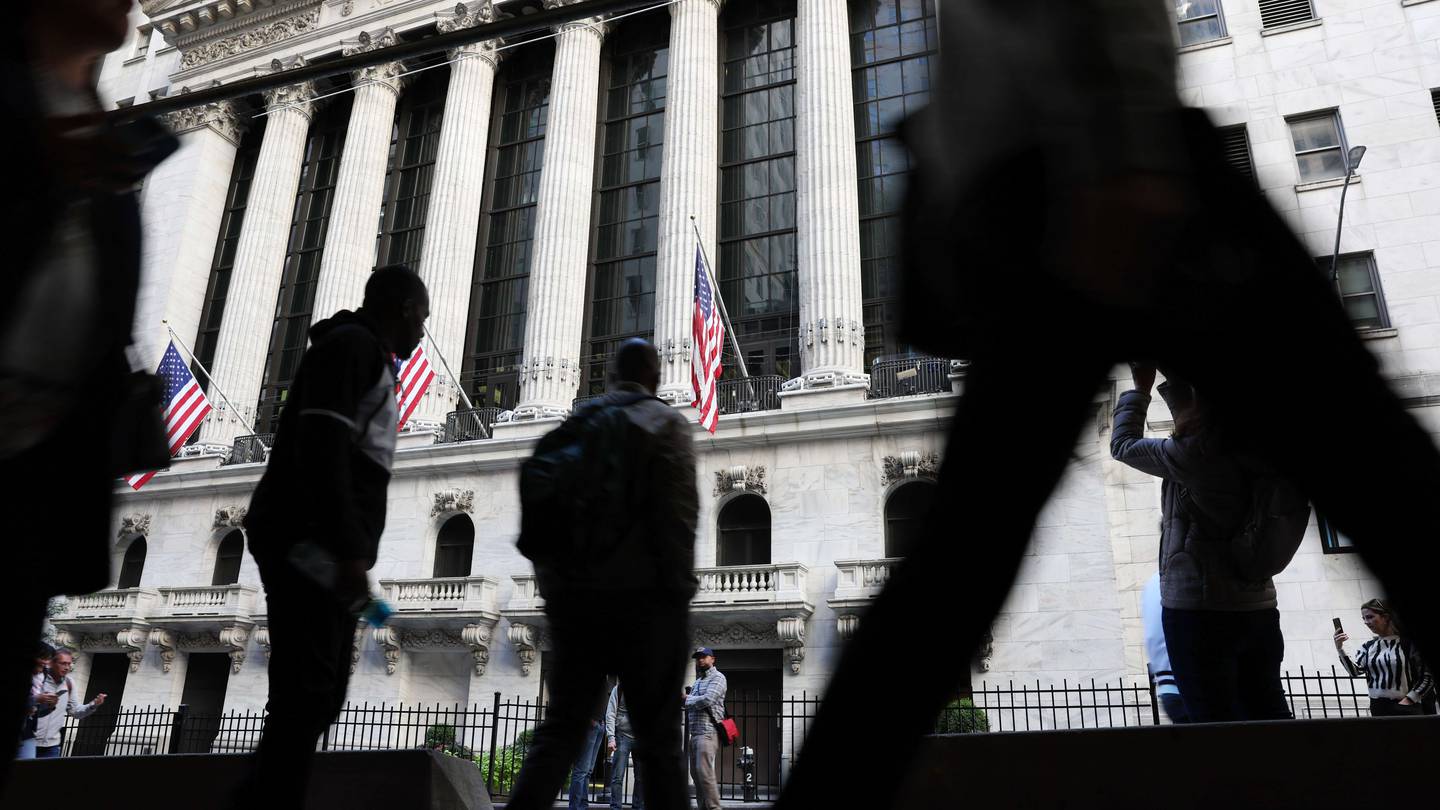 A week of heavy selling has rattled US stocks and bonds, and many investors are bracing for more pain to come.

Wall Street banks are adjusting their forecasts to account for a Federal Reserve showing no evidence of easing, signaling further tightening ahead to fight inflation after another rate hike devastated the market this week.

The S&P 500 is down more than 22% this year. On Friday, it briefly fell below its mid-June closing low of 3,666, erasing a sharp summer rebound in US equities before paring losses and closing above that level.

With the Fed intent on raising rates higher than expected, “the market is going through a crisis of confidence right now,” said Sam Stovall, chief investment strategist at CFRA Research.

If the S&P 500 closes below the mid-June low in the coming days, it could trigger another round of aggressive selling, Stovall said. That could send the index as low as 3,200, a level consistent with the average historical decline in bear markets that coincide with recessions.

While recent data has shown a relatively strong US economy, investors are concerned that Fed tightening could lead to a slowdown.

A rout in the bond markets increased pressure on equities. Benchmark 10-year Treasury yields, which move inversely to prices, recently stood at around 3.69%, their highest level since 2010.

Higher yields on government bonds can tarnish the attractiveness of equities. Tech stocks are particularly sensitive to rising yields because their value relies heavily on future earnings, which are discounted more when bond yields rise.

Michael Hartnett, chief investment strategist at BofA Global Research, believes high inflation will likely push U.S. Treasury yields up to 5% over the next five months, worsening the selloff in stocks and bonds.

“We’re saying new highs in returns equates to new lows for equities,” he said, estimating the S&P 500 will fall as low as 3,020, in which case investors should “gorge” on stocks. .

“Based on our discussions with our clients, a majority of equity investors have taken the view that a hard landing scenario is inevitable,” wrote Goldman analyst David Kostin.

Investors are looking for signs of a breakout point that would indicate a bottom is near.

The Cboe Volatility Index, known as Wall Street’s Fear Gauge, rose above 30 on Friday, its highest level since late June, but below the average level of 37 that marked selling crescendos on declines gone from the market since 1990.

Bond funds saw outflows of $6.9 billion in the week to Wednesday, while $7.8 billion was withdrawn from equity funds and investors invested 30, $3 billion in cash, BofA said in a research note citing data from EPFR. Investor sentiment is at its worst since the global financial crash of 2008, the bank said.

Kevin Gordon, senior director of investment research at Charles Schwab, believes there is more downside ahead because central banks are tightening monetary policy in a global economy that already appears to be weakening.

“It will take us longer to get out of this rut, not only because of the global slowdown, but also because the Fed and other central banks are sinking deeper into the slowdown,” Gordon said. “It’s a toxic mix for risky assets.”

Still, some on Wall Street say the declines could be overdone.

Selling goes blind, wrote Keith Lerner, co-chief investment officer at Truist Advisory Services. “The increased likelihood of breaking the S&P 500 price low in June may be what it takes to drive even deeper fear. Fear often leads to short-term bottoms.”

A key signal to watch over the coming weeks will be falling corporate earnings estimates, said Jake Jolly, senior investment strategist at BNY Mellon. The S&P 500 is currently trading at around 17 times expected earnings, well above its historical average, suggesting a recession has not yet priced in to the market, he said.

“The only way we see earnings not contracting is if the economy is able to avoid a recession and right now that doesn’t seem to be the favorite,” he said. “It’s very hard to be bullish on stocks until the Fed stages a soft landing.”