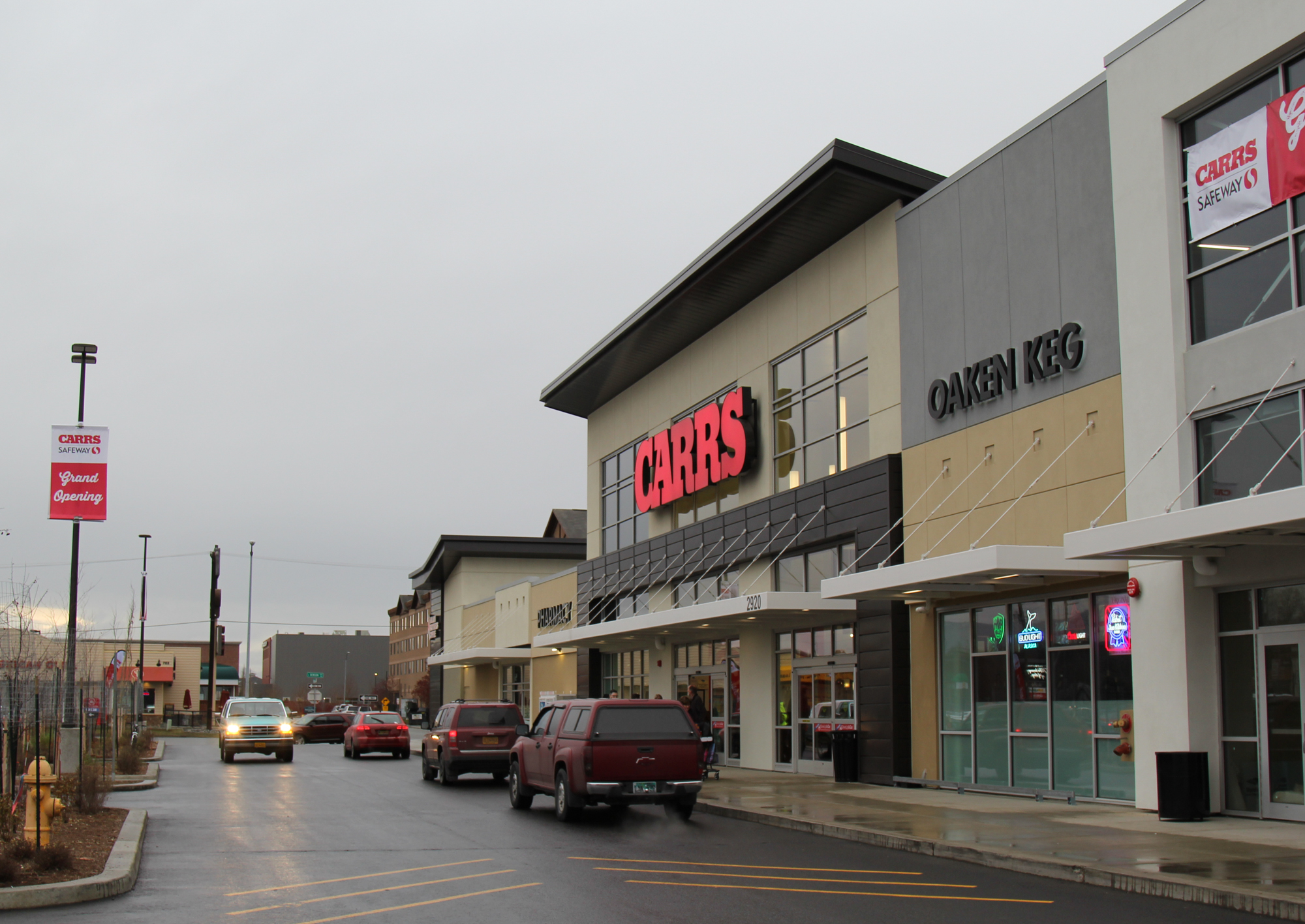 More than a month after announcing the merger of Kroger and Albertsons grocery stores, the companies have no explanation for how it will affect Fred Meyer and Safeway customers in Alaska.

The companies announced the merger agreement on October 14, posting online video statements of their CEOs.

The combination of Kroger and the Albertson companies is a tremendous opportunity to bring together two highly complementary organizations, said Kroger Chairman and CEO Rodney McMullen, who promised efficiencies and a world-class shopping experience.

But Alaskans worry about jobs and the downside of such a merger. Kroger operates Fred Meyer Alaska stores and Albertsons operates Carrs Safeway stores.

And what that means when they say they’re getting more efficient, that’s how they sell it, is they mean they’re laying people off, said Graham Downey, a consumer advocate for the Alaska Public Interest Research Group. This means you had two grocery stores and now you have one. So you have half as many employees, but all the same customers.

The two grocers are among Alaska’s largest employers. Currently, Safeway stores are unionized and Fred Meyer stores are not. United Food & Commercial Workers Union Local 1496 negotiated with Fred Meyer, but did not comment on it or the merger.

Nationally, Kroger is the country’s second-largest supermarket chain and Albertsons is the fourth-largest grocer.

Vivek Sankaran, the current CEO of Albertsons, said the new company will modernize the stores and expand the brands they sell.

Together, we will be able to create a leading omnichannel retailer and provide even more personalized service to customers across the country, Sankaran said.

If the deal is cleared, Kroger would buy Albertsons for $24.6 billion. The new company would be as big as Walmart and Amazon, with nearly 5,000 stores serving 85 million homes across the United States.

It also reportedly has a huge database of nationwide consumer behavior data, which some analysts call the True Prize because it could be used to generate billions in revenue. A single grocer would run the businesses of many regional chains, such as Harris Teeter, Ralphs, QFC, King Soopers, Vons, Safeway, Jewel Osco and Acme.

But in Alaska, where the supply chain is vulnerable, consumers care more about food safety.

There are a few independent grocers in Alaska, niche stores like Roaming Root in Fairbanks, the IGA store in Delta, and the member-owned co-op in Fairbanks. Smaller chains include the Alaska Commercial Company with 33 stores serving rural communities and the emerging Three Bears chain with 11 stores. There are also national wholesalers like Costco and Walmart, which has 10 stores in Alaska that don’t all sell groceries.

But the 12 Fred Meyer department stores and 35 Carrs Safeway are the main competitors in the Anchorage, Fairbanks, Juneau, Kenai-Soldotna and Palmer-Wasilla areas. They serve more Alaskans in these population centers than any other retailer.

In many cities in Alaska, such as Fairbanks, Safeway and Fred Meyer stores are across from each other. Downey said if the merger goes through, one of those stores would close.

And then you have market power, pricing power, Downey said. You don’t have the competitor across the street making sure you don’t get crazy prices on milk or cucumbers. You can pretty much name your price and people will have to pay it.

Repeated calls and emails to the offices of Kroger and Albertsons over the past month have not been returned.

The merger will take time and is scheduled for early 2024. But first it must pass antitrust standards. Attorneys general for Washington, Illinois, California and the District of Columbia have now filed lawsuits to prevent various aspects of the merger, including fears of an illegal monopoly that will hurt consumers to long term.

Downey said the FTC has begun looking at the deeper ramifications of these mergers.

Federal regulators are starting to look at market power, he said. Prices might be lower in the short term, but in the long term, what kind of economy are we creating here? Are we creating a diverse economy made up of many local businesses that keep money flowing in our state, or are we making a small number of shareholders very wealthy?

AKPIRG asks consumers to sign a letter to the Alaska congressional delegation to urge them to oppose the merger.

On the merger’s website, the companies state that until the transaction closes, Kroger and Albertsons will remain separate and independent companies.

Turkey: Russia and the United States have failed to eliminate militias from the Syrian border