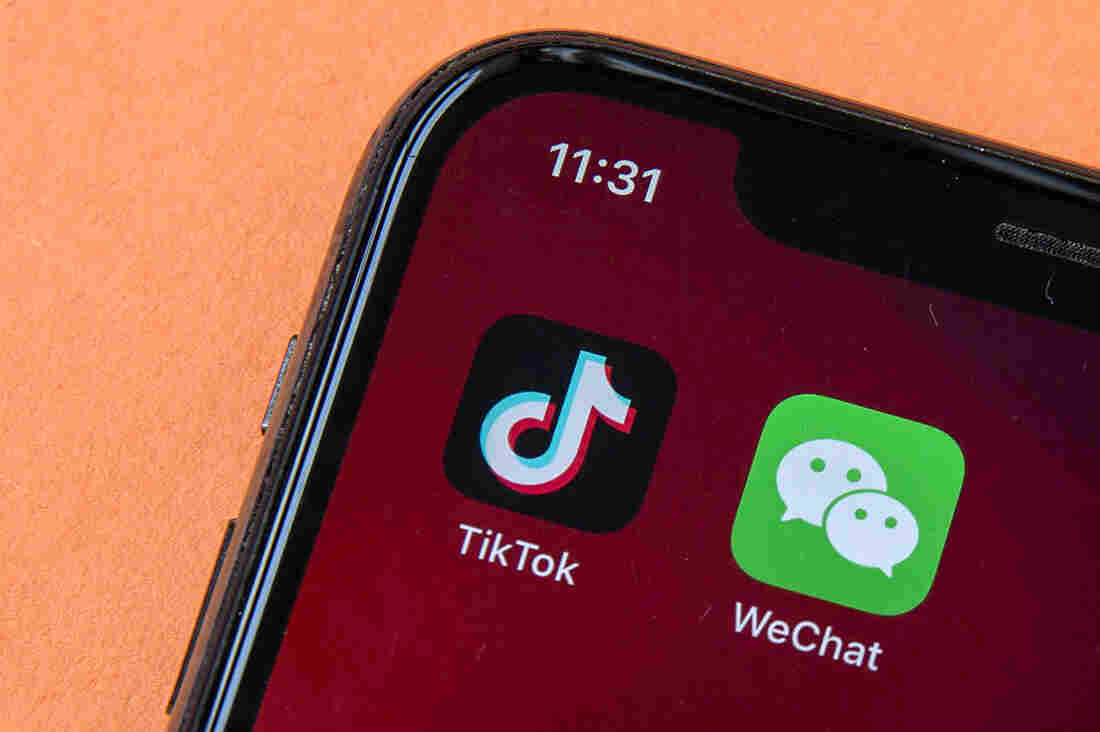 Icons of TikTok and WeChat smartphone apps are visible on the screen of a smartphone in Beijing. President Trump has said he does not plan to support any deal to save TikTok in the United States, which would keep ByteDance in China as majority owner. 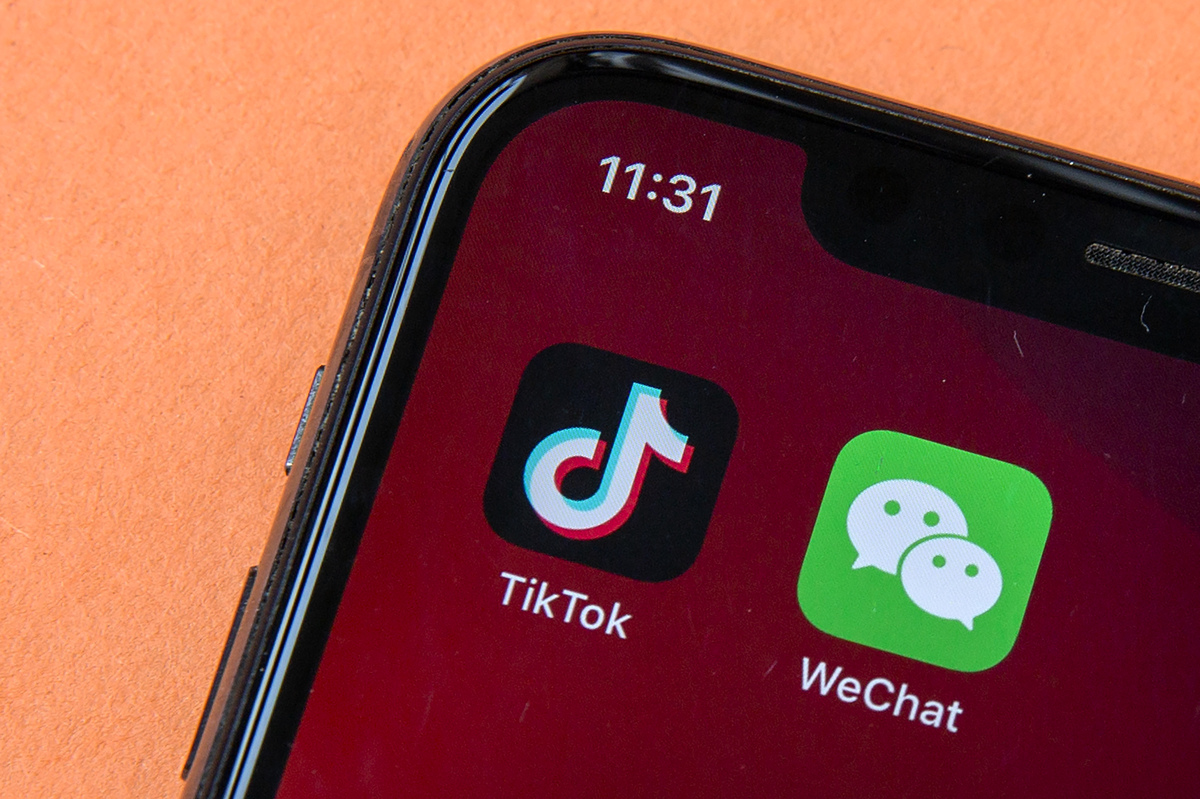 Icons of TikTok and WeChat smartphone apps are visible on the screen of a smartphone in Beijing. President Trump has said he does not plan to support any deal to save TikTok in the United States, which would keep ByteDance in China as majority owner.

A plan to save the popular US video-sharing app TikTok is taking shape behind closed doors in Washington, though President Trump cast further doubt on Wednesday that the deal as it stands. state would satisfy the White House.

The urgent talks are taking place just days before Trump’s executive order to shut down TikTok operations in the United States goes into effect.

Software company Oracle beat a competing Microsoft proposal to keep TikTok alive, but its offer wouldn’t be an outright acquisition. On the contrary, Oracle, a database and cloud storage company, says it will be to be TikTok’s “trusted technology partner”, a relationship yet to be clearly defined.

Trump told reporters on Wednesday that he wanted to see a deal in which ByteDance, the Chinese parent company of TikTok, would lose its controlling stake in the app, in order to address the administration’s concerns over data privacy and security. national security.

“Conceptually, I can tell you I don’t like it,” Trump said of the controlling stake in Beijing-based ByteDance. “If so, I won’t be happy with that.”

The president’s insistence that ByteDance give up its majority stake runs up against many reports indicating that ByteDance requires it to maintain its ownership position in the app, which has over 700 million monthly active users.

Trump said his next briefing on the future of TikTok is Thursday.

The president, who had launched the idea that the US Treasury should get a share of any TikTok deal approved by the United States, admitted to reporters that he had been informed that “there is no legal way to do it”.

What we know about the Oracle proposal

Much is still unknown about the Oracle partnership. Experts say this likely implies that Oracle has the ability to audit the way TikTok servers host data collected by the app and make sure there are no loopholes that would allow China to get their hands on US user data.

Weifeng Zhong, said if TikTok’s reorganization plan gives its parent company, ByteDance, the ability to bypass Oracle, the arrangement would do nothing to protect national security, a senior researcher on China issues told the Mercatus Center from George Mason University.

“The ball is now really in the administration’s court,” Zhong said in an interview with NPR. “But if Oracle doesn’t have the final say, I would be very skeptical about this deal.”

Secretary of the Treasury Steven Mnuchin said on CNBC that TikTok has offered to set up its world headquarters in the United States and add tens of thousands of jobs in a bid to appease the Trump administration.

TikTok’s US operation is based in Culver City, California, in the Los Angeles area.

The Commerce Department has yet to define which transactions are affected by the order, but the Trump administration has. say in a legal deposit this week that it does not intend to deprive TikTok employees or contractors of any income or wages.

In a second executive order from the president, TikTok is to sell all of its U.S. assets to a U.S. company or group of investors by November 12.

These two White House actions could jeopardize any potential deal with Oracle, according to national security experts.

“A US operation that buys shares of TikTok would in itself be a transaction, so I see conflicts there,” said Zhong of the The central market.

Mir was Chairman of the Staff of Committee on Foreign Investments in the United States (CFIUS) under the Obama administration, the interagency panel which recommended that the president force TikTok to divest from the United States by mid-November.

“If the deal with Oracle as proposed by the parties is acceptable to the government, it is expected that orders will be amended or canceled to allow this transaction to continue,” Mir said.

Mir said in an interview with NPR that the president approving a deal that CFIUS did not do is “unusual,” but added: “It is clearly within the president’s powers to change his order.”

Opposition to Oracle grows among Republicans

Microsoft, one of the world’s most valuable companies, owns Xbox and LinkedIn and was seen as the likely buyer of TikTok, but China stepped in amid negotiations and passed a new rule placing restrictions on how the essential TikTok algorithm could be exported. Shortly after, discussions with Microsoft collapsed.

It was at this point that Oracle, a tech mainstay that never had a major consumer product, became the top bidder.

Resistance to Oracle’s arrangement with TikTok among Congressional Republicans is growing.

Six Senate Republicans issued a letter to Trump Wednesday, criticizing the proposed partnership with Oracle because it does not imply that a U.S. company fully takes over U.S. operations from TikTok.

“Any agreement between a US company and ByteDance must ensure that TikTok’s US operations, data and algorithms are entirely outside the control of ByteDance or any Chinese state-led actor, including any entity that may be constrained by law. Chinese to turn around or access US consumer data, ”wrote the meaning. Marco Rubio, Thom Tillis and others.

“As noted, the proposed partnership agreement between Oracle and TikTok leaves significant national security concerns unresolved, and we expect the administration to keep Congress fully informed while you assess this potential deal,” said writes Republican senators.

Oracle’s connection to the president is also drawing attention. Oracle CEO Safra Catz was part of the President’s transition team following the 2016 election. And Oracle co-founder Larry Ellison, organized a fundraiser for Trump in February at his Rancho Mirage, Calif., estate, inciting hundreds of employees to organize a strike in protest.

Ellison is one of the few tech leaders in Silicon Valley to defend the president.

Last month, Trump called Ellison a “great person” and Oracle a “great company,” but it is still unclear whether Trump’s support for Ellison factored into the choice of ByteDance through Oracle’s offer by compared to its competitor Microsoft.

TikTok, the viral video app with some 100 million U.S. users, has become the latest target in Trump’s trade war with China.

White House officials fear the authoritarian Chinese regime could access Americans’ data through the app and use that information to blackmail or launch disinformation campaigns.

TikTok has long played down these concerns, pointing out that US user data is mostly stored in Virginia and that the moderators of its US operations are led by a team led by the US. According to TikTok, authorities in Beijing have never sought information from the Americans.

In an effort to alleviate US national security and privacy concerns, TikTok has opened up its source code data for experts and reporters to review and says Trump’s crackdown on the app is further motivated by politics rather than national security concerns.

TikTok is facing a class action lawsuit for allegedly stealing data about American children without consent and sending it to servers in China.

Zhong, of the Mercator Center, said China had a poor track record in keeping promises made to foreign countries regarding the protection of user data. He said given TikTok’s huge US user base, a national security review is warranted, but Oracle’s deal may not significantly address those concerns.

“If the administration rejects this proposal, it would be better because it does not adequately protect user data,” Zhong said.