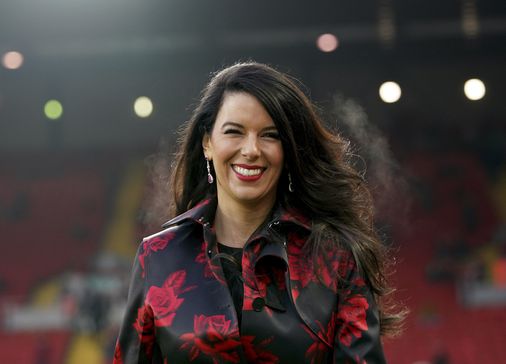 Linda Pizzuti Henry has been appointed Managing Director of Boston Globe Media Partners, taking the reins after a seven-year period as Managing Director during which she helped accelerate the transformation of news outlets into a digital media company.

Henry joined the company when she and her husband, Red Sox principal owner John W. Henry, purchased the Globe in 2013. She is the first woman to run the Globe in nearly 150 years. ‘history.

When I walked into the old building on Morrissey Boulevard with John on our first day over seven years ago, after the buzz of presses and the welcoming smell of ink, I wasn’t sure exactly what my role, Henry, 42, said Wednesday during a virtual company meeting. But I knew I was lucky to be working here, and it was clear to me why this institution had to not only survive the secular decline of trusted local journalism, but also innovate and evolve and invest in a new way of doing business. things. in order to prosper and effectively serve our mission.

Henry quickly immersed himself in the information business and civic life of the region, assuming the role of convener, especially among businesswomen, the arts and non-profit organizations.

I listened and learned and gradually took more, she said.

In addition to the print and online editions of The Globe, the company’s businesses are Boston.com, STAT, the online life sciences information site, and Globe Direct, a direct mail marketing company.

She also co-founded HubWeek, a festival of creativity and innovation in which she interviewed journalists such as Warren Buffett and Michael Bloomberg, and created the GlobeDocs documentary film festival.

Her commitment to civic dialogue and to developing initiatives that include and uplift us all is both refreshing and necessary, said Anne Finucane, vice president of Bank of America.

Since joining Boston Globe Media, Linda has led with intelligence and intention. . . . His appointment is not only an important day for the newspaper, but it reinforces its role as a driving force in Boston’s business community, said Micho Spring, senior executive at public relations firm Weber Shandwick and chairman of the board of administration of the Greater Boston Chamber of Commerce.

Henry noted the progress Boston Globe Media has made in recent years: building a much stronger financial footing, increasing digital subscriptions, and expanding into new media markets. She added that the company, as well as the industry as a whole, faces significant challenges, including the virtual monopoly on digital advertising owned by Google and Facebook and readers see less urgency in the news going forward.

We need to keep adding new paces, creating new revenue streams, and being able to meet our readers on their terms, Henry said in a company-wide email.

Boston Globe Media has been locked in difficult contract negotiations for nearly two years with the Boston Newspaper Guild, which represents approximately 300 journalists, advertising sales agents and other employees. The Guild on Wednesday slammed the company for bringing in lawyers from Jones Day in its ongoing quest to strip basic workplace protections from Globe journalists.

Jones Day drew fire from Democrats and some corporate workers for his portrayal of President Trump and for representing the Pennsylvania Republican Party in lawsuits filed prior to the presidential election. The state government has asked the United States Supreme Court to review an order of the Pennsylvania Supreme Court extending the statutory deadline for the return of mail-in ballots established by the Pennsylvania General Assembly. The party maintains that the decision was unconstitutional.

We have made progress, Henry said of contract negotiations. I have no doubts that the teams will meet to finalize a new contract in the near future.

Henry announced a series of executive promotions on Wednesday:

These appointments follow the recent hiring of Peggy Byrd as Director of Marketing and Michelle Micone as Vice President of Innovation and Strategic Initiatives.

Henry, who grew up in Lynnfield, received his BA from Babson College and an MA in Real Estate Development at MIT. She has worked in real estate banking and for her family-owned real estate development company, in philanthropy and at the NESN sports cable network. She hopes to complete another master’s degree next year at Harvard Kennedy School.

She cares about everything and everyone, which is what a real newspaper needs, said Abigail Johnson, President and CEO of Fidelity Investments.

NOTICE: Some men like to wear dresses, and it really is that simple