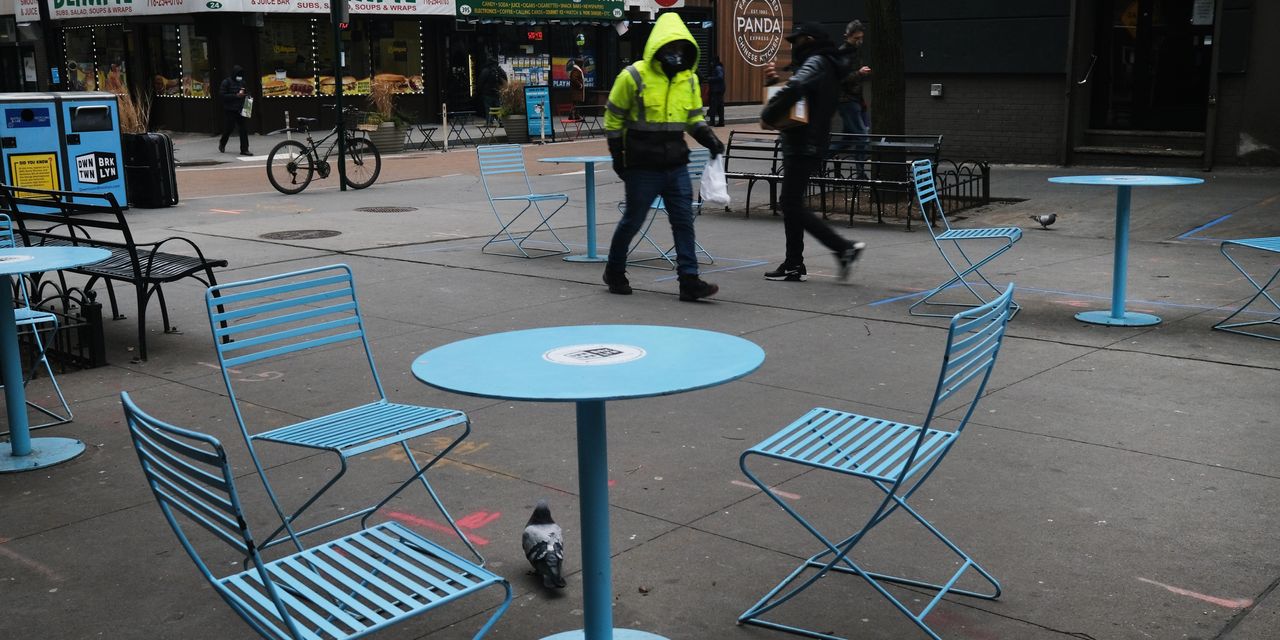 Numbers: The number of Americans who claimed jobless benefits soared in early January to a high of nearly one million in five months, as more workers lost their jobs due to business closures and restrictions to tackle the winter resurgence of the coronavirus pandemic.

Initial jobless claims traditionally filed across states jumped from 181,000 to seasonally adjusted 965,000 in the seven days ended Jan.9. government said Thursday. It was the highest level since August.

Economists polled by Dow Jones and the Wall Street Journal had predicted that initial jobless claims would reach 800,000 people.

A further 284,470 requests were made under a federal temporary relief program.

Adding up the new state and federal claims, the government received 1.44 million claims last week, based on actual or unadjusted numbers. Combined claims have yet to fall below 1 million per week since last spring.

While unemployment claims correctly reflected the rise and fall in unemployment during the pandemic, a government watchdog agency also found that the number of separate people claiming or receiving benefits had been inflated by fraud, double counting and Other problems.

The Bureau of Labor Statistics is taking steps to improve the data, but at this time, the claims report is not considered entirely accurate. Economists say to pay attention to the direction of claims rather than totals.

Also: Why the inaccurate jobless claims report is still useful for investors

What happened: Last week, jobless claims rose the most in the states of Illinois and Florida, accounting for most of the increase. They also increased sharply in Kansas and California.

The record rise in coronavirus cases is the main cause of the recent rise in unemployment, but several other factors have likely played a role.

On the one hand, the federal government increased benefits at the end of 2020 by adding $ 300 more per week for the unemployed. This may have prompted more people to apply or reapply.

Read: When will unemployed Americans get their $ 300 in additional benefits?

Some companies are also laying off temporary workers who were hired for vacations, although it appears that vacation hiring has been much less due to the pandemic.

However, the number of new unemployment claims is extremely high. Before the pandemic, they stood at 200,000 and had never increased by more than 659,000 in a week.

Another 4.2 million people short of state benefits simply switched to the temporary federal program because they couldn’t find work.

In total, the number of people receiving benefits from eight separate state and federal programs was reported to be unadjusted 18.4 million as of Dec. 26, down 744,511 from the previous week and marked the highest level. low since the start of the pandemic last spring.

However, these figures are also disputed. The government’s more comprehensive monthly employment report said 10.7 million people were unemployed at the end of December.

Economists say the actual number of unemployed is likely somewhere in between.

Big picture: Progress in reducing new jobless claims has slowed in recent months. They had fallen to a pandemic low of 711,000 in November before the coronavirus resurgence forced more businesses to shut down or cut hours. This led to the first drop in employment in December since the early stages of the pandemic.

Economists warn that many jobs could be lost permanently if vaccines are slow to deploy or if the pandemic lasts much longer. Washington’s additional financial aid will help, they say, but it can only do much if Americans are too scared to go out or if government restrictions prevent them from doing so.

What do they say? Another week of bad economic data underscores the fact that the economy is weak and the job market is deteriorating, said Chris Zaccarelli, chief investment officer at Independent Advisor Alliance.

rose early Thursday on the outlook for increased government spending under the new Biden administration to support the economy.