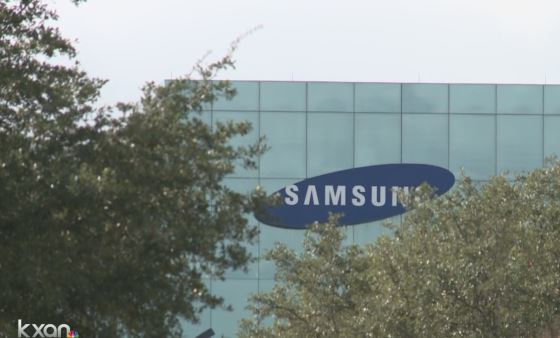 AUSTIN, Texas To help conserve energy, the City of Austin ordered manufacturing, industrial and commercial companies to slow down or stop operations as much as possible.

But as KXAN found out, that didn’t happen for some of the bigger companies until Tuesday, when so many homes were already in the dark.

“I had to put my mattress in the kitchen and kind of turn my stove on and off,” Samantha Reyes said.

She says she knows it wasn’t safe, but that she was desperate, spending two days without power with her children.

“I know people say it’s dangerous,” Reyes said. “I had to do what I had to do you know I don’t have heaters.

As thousands of people like her have faced blackouts, the single mom wonders why some large companies have been allowed to operate.

“I have a two year old child, you know,” she said. “All this time I had to cuddle with her and do all that, but then a big company can have lights and stuff.

“You really take away from a lot of families when you do things like that, it’s not fair,” Reyes said.

Trey Salinas is a spokesperson for the Clean, Affordable and Reliable Energy Coalition, which he says represents Austin Energy’s largest customers, including Samsung, NXP and Infinion.

On a typical day without too much heating or cooling, Salinas says the top 10 customers use between 300 and 350 megawatts per day.

“That tells you these are really big customers,” Salinas said.

Austin Energy tells us a typical home only needs 877 kilowatts per month.

According to our calculations, one day of these large industrial operations could supply nearly 12,000 homes.

Salinas said most trading companies started slowing down operations over the weekend.

“Austin Energy’s biggest customers have done their part and are doing their part,” he said.

But he says the five chipmaking factories that use the most power weren’t shut down until Austin Energy forced them to do so on Tuesday. A gesture that he describes as “unprecedented”.

In Detail: Who does Austin Energy prioritize to stay online during blackouts?

Usually, says Salinas, these factories are allowed to operate at “idle,” using much less energy but not completely shut down. Now he estimates his members are probably using less than 50 megawatts.

“Do you think that if any businesses or these factories had been closed on Sunday or even Monday instead of Tuesday, it would have saved homes from blackouts?” KXAN’s Tahera Rahman asked.

“No, because we had a problem that started on Sunday night. And so, you had a slow descent for everyone happening. Again, remember, a lot of that downhill started over the weekend, even before it all happened on Sunday, ”said Salinas.

KXAN asked Austin Energy why it hadn’t cut power to these high-energy chip manufacturing plants earlier. They said they have worked closely with businesses to shut down in a controlled and safe manner, as the facilities involve chemicals.

Austin Energy also added that while semiconductor companies are among their biggest customers, they account for less than 8% of the company’s peak load.

“We contacted all of our major commercial and industrial customers to save energy. Semiconductor companies were very responsive to early requests for load reduction and helped us meet ERCOT load shedding requirements. As the demand for load shedding grew, we worked with our customers with the backup generation to do so and reduce non-critical business loads, including semiconductors. We have worked closely with semiconductor factories to shut down in a controlled manner given the life safety requirements of their operations. Chip manufacturing plants have a complex process involving chemicals that require planned shutdowns. This approach reduced the risk to plant workers and public safety. While semiconductor companies are some of our biggest customers, they represent less than 8% of our peak load. “

We turned to an expert for perspective: Yuri Dvorkin is an assistant professor of electrical and computer engineering at New York University. He is currently researching energy networks.

“If we were to do a cost-benefit analysis, it would turn out that for short-term outages customers are societally cheaper to go offline than large industries,” said Dvorkin.

But Dvorkin said in a case like this, the numbers shouldn’t be the only factor in the outage equation.

“This is not an applicable scenario, because their losses are much greater, there are health risks involved, there is not,” he said.

Reyes’ lights finally came on overnight, but with her food now spoiled and icy roads, she relies on what’s in stock at convenience stores, mostly ramen noodles, she said, and the kindness of his neighbors.

“I am grateful to the people from the community who come here and try to help each other,” said Reyes, who received food and blankets from strangers. “I know that everything will fall into place soon, I am not giving up hope.”