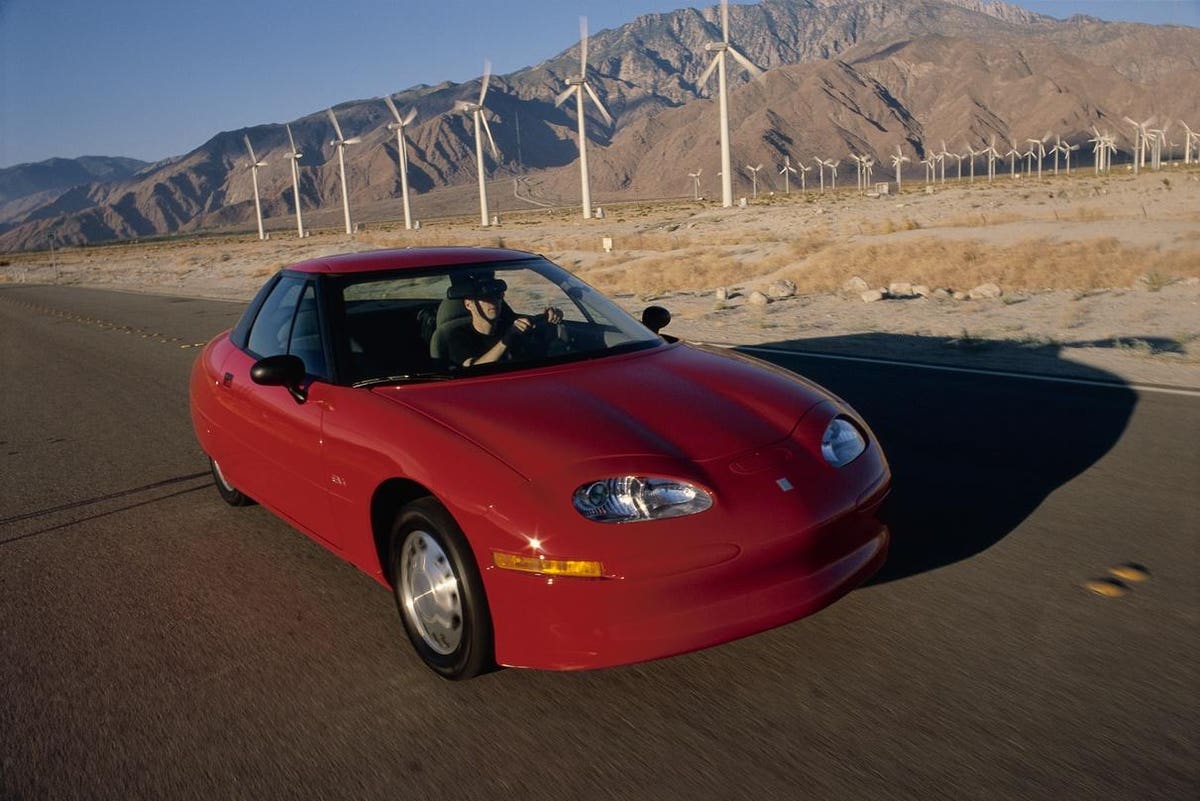 Despite the rapid increase in sales of electric vehicles last year, it is still far from certain that battery electric vehicles will take over in the manner expected by those who support them. After all, there is a precedent from 20 years ago, when a rosy-looking electric future was unceremoniously smothered and buried in the sands of time. Could it happen again? Could the vested interests of the historic fossil fuel vehicle industry repeat the same destructive trick once again?

In 1999, you could rent an electric car in parts of the United States for $ 399 per month, with a range of 142 miles and capable of hitting 60 mph in just 8 seconds. Putting that in perspective, these are similar specs to the Honda e released last year, which shows just how advanced this vehicle was for the time. It was called EV1, and it was a stylish two-seater that you could charge in your garage. The owners loved them, but the company that made the car, General Motors, shut down the vehicle just a few years after its launch and forcibly recalled all cars from the road, ultimately crushing most of them. GM
gave a few to museums and researchers, but turned off transmissions and even took legal action against anyone who tried to turn them back on.

The reasons for the shutdown and destruction of EV1 remain controversial to this day. They were covered in detail by the fascinating 2006 documentary Who killed the electric car?, which is still available from some DVD rental companies and online. The documentary sets up a whole slew of suspects for the murder, ranging from lack of consumer interest in battery technology, oil companies, car manufacturers and various government agencies. Even the hype around hydrogen is the subject of accusations.

At the time of the documentary, GM claimed the EV1 was not economically viable, but it appears that a vested interest network felt threatened, from oil companies fearing loss of revenue to automakers fearing the low costs of maintenance of electric vehicles. US President George W. Bush and California Governor Arnold Schwarzenegger have also pushed hard for hydrogen as a true miracle fuel for an environmentally friendly transportation future.

Fast forward 20 years and none of those pressures have gone away. The petroleum industry still faces a massive drop in demand for fuel amid widespread adoption of electric vehicles, governments worry about lost fuel tax revenue, and dealers fear losing fuel. lucrative maintenance contracts. There are still dozens of keyboard warriors on social media who argue that we should wait for the hydrogen that never arrives and keep running our diesel engines (or gas-hungry V8s in the US).

But something has clearly changed, looking at the many announcements from automakers over the past few weeks. The main culprit in the EV1 controversy, General Motors, has officially become GM and pledged to focus on electric cars, with a plans to go fully electric by 2035. Jaguar Land Rover also goes electric by 2025, with Jaguar cars becoming fully BEV by 2030 and Land Rover cars 60% BEV by that date. Ford has released one of the most promising electric SUVs to date, the Mustang Mach E, and has now said that, at least in Europe, all of its cars will be electric vehicles by mid-2026. British sports car company Lotus, in the process of launching its electric hypercar, the Evija, is ending the line on its current fossil-fuel models and become electric from now also.

European brands BMW and Mercedes are starting to incorporate BEVs more centrally into their model lines, such as the BMW iX, although they are a bit behind the times, but VW is doing everything possible with its growing ID and already popular. range of BEVs. Renault has one of the best-selling electric vehicles with the Zoe, and PSA Groupe now called Stellantis may only have one electric transmission, but enthusiastically installed it in all types of cars, including vans. The last is the rather attractive Citroën e-C4, which pays homage to the classic GS of the 70s and 80s, but in modern electric form.

There are still a lot of people who call EVs a fad and point fingers Diesel scandal as an example of a supposedly more efficient type of engine turning out to be a huge con in the industry. They expect electric vehicles to die off like they did 20 years ago. But times have clearly changed. It would be good to assume that the huge increase in interest in electric vehicles and the rapid growth in sales is due to a growing awareness of climate change and a desire to go green to prevent it. But it’s more likely pure economics.

Revolutions like the switch to BEVs do not tend to come from incumbents who change their tone on their own. They have too much to lose from a wholesale change in the underlying technology, and in some places (especially Germany) unions will also be a barrier to the necessary re-qualification of staff. General Motors had a revolutionary new vehicle in the EV1, but it couldn’t cope with the corporate changes it would entail. Toyota has had similar problems. Along with the EV1 era, Toyota had the electric RAV4, but that suffered a similar fate.

The obvious change is the arrival of Tesla
, with no accountability to protect and CEO of the disruptive world of digital startups to Elon Musk. Incumbent manufacturers tried to scorn upstarts, and before the advent of the Model 3, Tesla always looked like a new sideline. But the massive sales success of the Model 3, quickly followed by the Model Y SUV, quickly made Tesla the most valuable automaker in the world. And the money speaks.

Maybe 20 years ago General Motors was right that consumer demand for electric vehicles was not there at the time. But it’s clearly now, and more and more automakers are realizing that if they don’t get on board, they could easily be left behind by a very lucrative bandwagon. There are difficult obstacles to overcome in the next decade. Lack of charging infrastructure is one, the growing need for rare earth minerals in production is another, and the future need to recycle batteries and motors once electric vehicles reach the end of their life. is another. But the car buying public is increasingly demanding more electric vehicles and there is money to be made. So this time no one will kill the electric vehicle.

Why Pakistan wants T20 World Cup to be moved from India …

I tried AirPods Pro and Galaxy Buds Pro for 2 weeks.This is the verdict