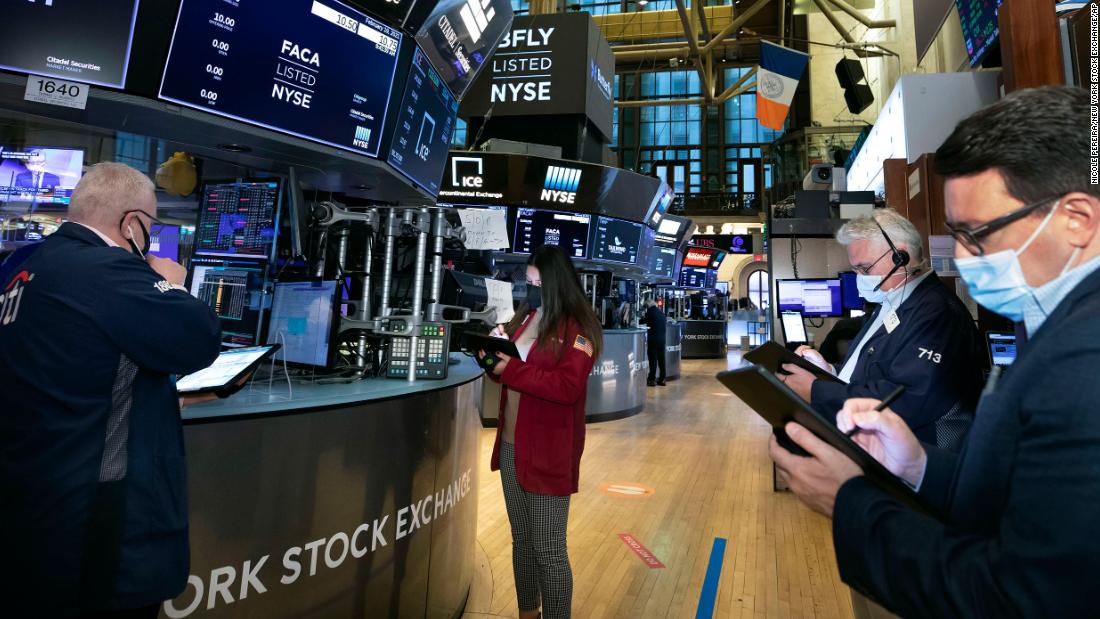 What’s happening: Government bond yields that move opposite to price have jumped, signaling growing optimism about the economic recovery. But a booming economy can also mean higher prices.

Investors fear that higher inflation could push central banks like the Federal Reserve to raise interest rates or cut bond purchases sooner than expected. After a long period of easy access to money, it could trigger a temper tantrum in the market.

“The economy is more leveraged than in previous eras, so a little bit of Fed tightening can potentially do more damage,” John Normand, head of multi-asset fundamental strategy at JPMorgan, said in a recent note to clients.

Price monitoring is a key job of central banks. The Federal Reserve is targeting long-term inflation of 2%.

Such a goal has proved elusive in recent years. Inflation after the 2008 financial crisis has remained extremely subdued. But that could change in the post-pandemic era as people rush to restaurants, cinemas and vacation spots this spring and summer. Another big stimulus package in the United States could fuel the fire.

“The surprising jump in retail sales in the United States in January may offer a glimpse of things to come,” Jean Boivin, director of the BlackRock Investment Institute, told clients Monday.

Such anxiety is starting to show up in the bond markets and central bankers are paying attention. Rising government bond yields can affect lending rates and make it more difficult for governments to manage large piles of debt.

The President of the European Central Bank, Christine Lagarde said monday that his institution “closely monitors” the yields of bonds in the longer term, stressing that “banks use these yields as a benchmark to set the price of their loans to households and businesses.”
Many on Wall Street think central banks are ready to look beyond the noise of inflation, allowing the economy to warm up more than it normally would in order to maintain favorable financing conditions that will fuel the recovery.

Much is based on this assumption. The recent surge in stocks is partly due to extremely low interest rates, which have boosted interest in riskier assets.

“If the rhetoric about high debt levels, combined with rising inflation, were to change, this could potentially undermine markets’ confidence in the low rate regime with implications across asset classes,” noted Boivin.

Coming up: Federal Reserve Chairman Jerome Powell is almost certain to be in a rush on what’s going on with bonds, as well as how rising inflation might affect the Fed’s plans, when ‘he will testify before Congress on Tuesday and Wednesday. What he says could ricochet through nervous markets.

After GameStop, momentum grows for $ 800 billion in taxes

Uncle Sam is looking for a pot of gold that could ease the pain of trillion dollar deficits. And some think Wall Street might have the answer.

For more than a decade, progressives have tried and failed to impose a tax on financial transactions. But there is new momentum for such a levy as national debt skyrockets during the pandemic, and after the GameStop frenzy highlighted concerns about the structure of the market, reports my CNN Business colleague Matt Egan.

The White House told CNN Business that a financial transaction tax on GameStop-type transactions merits further study and may be part of a more in-depth assessment of such a tax for revenue and market stability. The main proposition is equivalent to a tax of $ 1 on every $ 1,000 of transactions.

A 0.1% tax on stock, bond and derivative transactions could net the federal government $ 777 billion over a decade, according to a 2018 estimate from the Congressional Budget Office. The richest 1% of U.S. households would pay 40% of the total tax amount, while the poorest 60% would pay just over 11%, according to the Urban-Brookings Center for Tax Policy.

But there is a deep divide as to the wisdom of a levy.

Advocates see it as a smart way to simultaneously curb predatory trade while funding ambitious programs to alleviate America’s inequality problem. Critics, on the other hand, portray such a tax as a nightmare. Wall Street, which would take a hit, is already warning that such a policy would backfire on Main Street, increasing trading costs and depressing market liquidity.

“The odds are still against passing a financial transaction tax, but for the first time in a decade this proposal should be seen as a viable policy option rather than just a topic of discussion,” Isaac said. Boltansky, director of policy research at Compass Point Research and Trade.

Facebook (FB) will restore news pages in Australia, ending a bitter row between the social media giant and the country’s government.

Remember: Australian lawmakers have pushed for legislation that would allow certain media outlets to negotiate with tech companies so they can be paid for distributing the information they produce. The two parties would enter into arbitration if they cannot reach an agreement.

In protest, Facebook blocked people from finding news on its platform in Australia last week, a move that sparked a global backlash and generated negative headlines for the company.

Latest: On Tuesday, the Australian government said it would amend the code so that arbitration is only used as a “last resort” after a period of “good faith” mediation. As a result, Facebook has said it will restore news to Australia “in the next few days.”

“The government has made it clear that we will retain the ability to decide whether the information will appear on Facebook so that we are not automatically forced into forced negotiation,” said Campbell Brown, Facebook vice president for global news partnerships, in a statement.

Overview: Policymakers around the world have been following what’s happening in Australia closely. On Monday, Microsoft teamed up with publishers to demand an Australian-style system in Europe. The Government of Canada has announced its intention to introduce legislation in the coming months.

This means that the deal between Facebook and Canberra could be replicated globally, causing major changes to the way the biggest tech companies run their businesses.

Showing a flair for flares through the ages | Men’s fashion