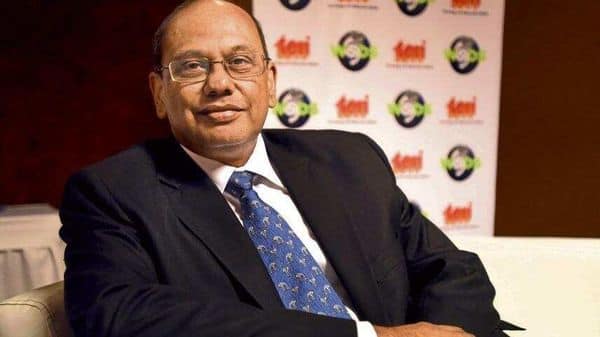 Speaking in an interview, Mathur said the alliance would be delighted “to have China and Pakistan as members.

Germany, the Netherlands and Denmark are also at an advanced stage of joining the ISA, said Mathur, who took office on March 15 after leading the New York-based Research and Energy Institute. Delhi.

He said ISA, co-founded by India and France, seeks to politically influence the world to adopt solar energy as their preferred energy source and gain political support for One Sun One World One Grid at COP26 in Glasgow scheduled for November this year. Edited excerpts:

It appears that the ISA is an important foreign policy tool for India to counter the Chinas One Belt One Road initiative. France has called the ISA a political project. What is your opinion?

The objectives of ISAs are political. But what is the point? It’s about helping to change the way investors think, whether it’s power generation companies, or whether it’s you and me going solar (energy). It requires political dynamism. It was not created for a general purpose. It was created for one cause and it is a very political cause. You want solar power to be the energy source of choice for people. So I totally agree that this is a political agenda.

What about the ISA compared to the Chinas Belt and Road Initiative (BRI)?

It is a question of bringing together all the countries to make solar a privileged option. It is a question of solidarity. It’s about all the countries coming together to help provide whatever it takes, whether it’s experience, expertise, resources or the ability to adopt solar technology. We do this together. It is a global alliance. It is an alliance that is driven by a common global goal of switching to solar power.

Your opinion on a comparison between ISA and BRI?

I say what ISA is. ISA is a global alliance with the political goal of making solar energy a preferred option.

Since any member of the United Nations can be a member of the ISA, are China and Pakistan eligible to apply and will they receive ISA membership?

The answers to both (questions) are yes. They can apply and, as an ISA, we will be delighted to welcome them to this group. We are reaching out to almost every country and we will continue to do so. So far, 73 countries have signed up to become ISA members. Obviously, we would like to reach all 193 countries.

Does it include China and Pakistan?

Will the ISA announce the implementation of the World Solar Bank and One Sun One World One Grid (OSOWOG) plans at COP26 in November?

Regarding OSOWOG, we clearly want countries to consider how solar power generation in one country and demand in another can be met. So in general we would like green grids to be an area where countries pay attention and become a priority. To that extent, we will certainly want to gain political support for COP26.

Will Pakistan be part of OSOWOG?

Which countries will or will not be part of it, there is now a study that has been submitted to a consortium led by EDF (Electricité de France) and we are awaiting the first report in June, and a more detailed report on who will become the first partners towards the end of the year. It’s a little premature to say, but obviously we’re exploring where it will make sense to develop this grid.

Where are we on the World Solar Bank initiative?

The huge challenge lies in the financial arena. What is preventing money from going into solar investments? I think the World Solar Bank will tackle these kinds of challenges. This is again a work in progress as we want to ensure that all issues, whether it be risk management, policy management, coordination of financial investments, development of DPRs (detailed project reports) that are bankable, are processed. And it is quite possible, it will be different things in different countries. The aim is to attract money to the solar sector.

Germany had expressed interest in joining the ISA. When is this happening?

Germany is one of those countries that are at an advanced stage to consider signing and ratifying (of ISA membership). It is very difficult for me to say when they will do it.

What other developed economy is about to join?

We believe that among the advanced stage countries are the Netherlands and Denmark. We are also looking to see other European countries become our first members. We have not abandoned the United States. We would like the United States to become our member, especially with the change of administration that has taken place.

ISA’s insufficient funding made headlines. What is the way forward?

When it comes to resources, countries will invest money if they are confident in our plans. We will be detailing our programs over the next few weeks, how are we implementing them? Where is this money spent? We’re going to create trust funds where countries can invest money for a particular program and so on. Thus, countries will be convinced that this is wrong in a black hole. The other thing we are looking at is the membership contribution, which is voluntary. With these initiatives, I hope we will move towards a more stable financial situation by reducing our dependence on India alone.

What new ISA initiatives are you planning to launch?

We are looking at different types of things in different countries. Let’s say, for example, that what makes sense for Mali may not be so for Indonesia or another country. So one thing is that our programs will be driven by bottom-up needs. We will look at ways to use solar electricity. We will want to see how we can provide the kind of service we need in terms of accessing finance, and we would like to stay on top of the advancements that are happening on a daily basis; with regard to technology, investments and markets. We will also focus on capacity building in solar space.

Since coal as a fuel will remain the mainstay of power generation in India, what was your impression during your first meetings with the Indian government?

When it comes to ISA, our focus is on making solar the power source of choice and that is what we are focusing on. So, in as many places as possible, how do you make solar power the preferred option? Solar at 1.99 per kilowatt hour (kWh) in India is already the cheapest source of electricity during the day. Solar batteries plus are already the cheapest source of electricity compared to other fuel sources. I think what we would like to see is that solar be the preferred option.

In this quest for very low tariffs, Power Purchase Agreements (PPAs) for solar projects awarded in India are on hold. As an organization solely dedicated to solar, isn’t this a concern for the ISA?

What we are seeing is that the total amount of solar power in all of our member countries, including India, is increasing. Now we are also clear that in all countries this represents a fundamental change in the way electricity is obtained. So we anticipate that it will go through a learning process to move from one system to another. There will be delays, but what we are seeing is that there is a movement forward in every geography.

Crown corporations such as NTPC Ltd, Oil and Natural Gas Corp. Ltd and Indian Oil Corp. Ltd, have become ISA business partners. What does this trajectory look like?

We believe that these big energy companies relate to you and me as energy users, and we need to help them and hold their hand to move towards a carbon-free future, namely solar.

It is clear that state-owned energy companies are major energy providers in many parts of the world and it makes sense that the ISA is involved. I think this is an avenue and an approach that has imminent meaning, and we will move forward in that direction.