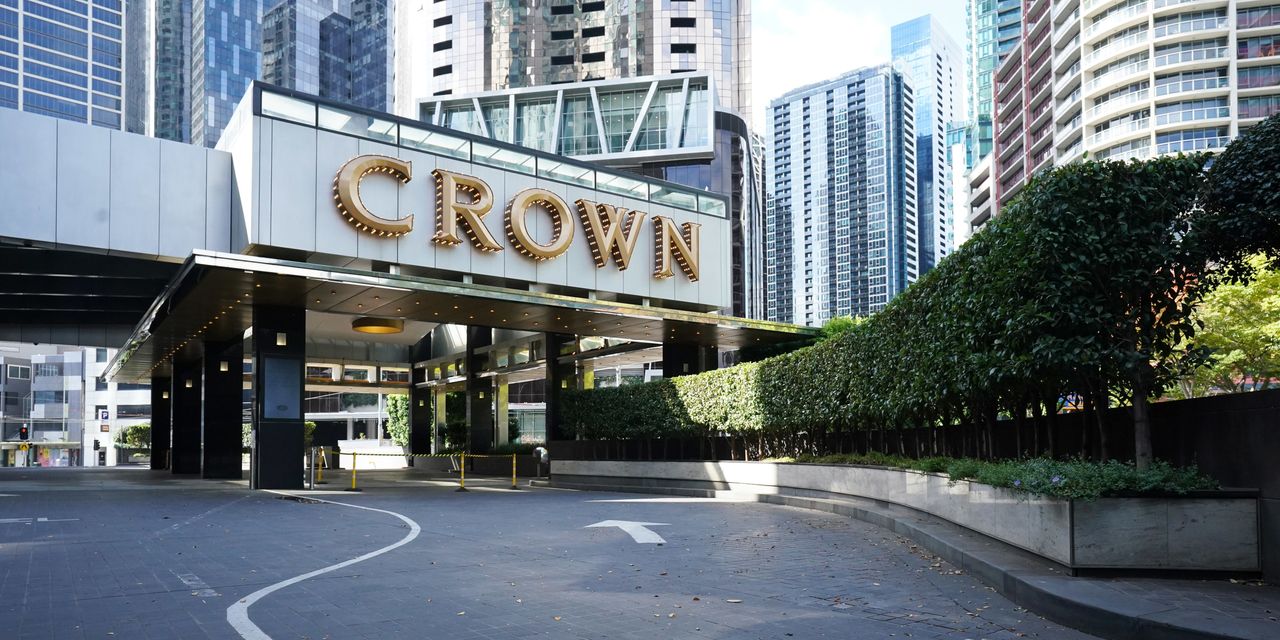 valued at $ 6 billion, as regulators investigate the Crown’s business practices and threaten to revoke its casino licenses.

The U.S. investment firm offered A $ 11.85, the equivalent of $ 9.15 a share for Crown, a 20% premium over its closing share price last week, Crown said. Monday. The deal is conditional on Australian gaming regulators allowing Blackstone to own and operate Crown Casinos in Sydney, Melbourne and Perth.

Crown said its board has yet to decide to back the deal and will start evaluating Blackstones’ offer. Blackstone, which already owns a nearly 10% stake in Crown, has confirmed it has submitted the proposal. Blackstone already has real estate assets in Australia and a gaming footprint in other countries, including the Cosmopolitan Casino and Resort in Las Vegas.

The offer comes at a precarious time for Crown. Last month, an investigation by the New South Wales state gambling regulator determined that Crown was unfit to operate a new casino on the Sydneys waterfront.

Crown spent around $ 1.6 billion on the sparkling new skyscraper that includes hotel rooms and residences outside the VIP-only casino. Officials in the states of Victoria and Western Australia, where Crown also operates casinos, have launched their own investigations into whether Crown remains fit to operate casinos there.

NSW’s 751-page report, based on 60 days of public hearings involving Crown officials, found that the Crown had failed to consider the welfare of its employees in China by pursuing lucrative highrollers which ultimately resulted in the arrest of Crown employees in China for gambling related crimes.

Crown affiliate bank accounts have been used to launder money, and Crown has worked poorly with junket operators in Asia to bring players to Australia, according to the report. The regulator began investigating Crown after the questionable business transactions were reported in local media.

Crown had previously taken steps to address some of the issues raised by the NSW report, such as ending all links with the junkets and creating a financial crime and compliance department. The report indicated that the Crown may be implementing some changes to improve its relevance, and the Crown said it was in discussions with the regulator about this.

Blackstone’s offer offers Crowns’ largest shareholder, Australian billionaire James Packer, an opportunity to exit the company amid regulatory uncertainty. The New South Wales report criticized Mr Packer, who previously sat on Crowns’ board but no longer does, for exercising too much control over the company. After the report, some members of the Crown board with ties to Mr Packer resigned.

Besides regulatory concerns, Crowns’ business has been hit hard by the coronavirus pandemic. International travel restrictions have slowed the flow of high rollers to its Australian casinos from overseas, and it has been forced to close its casinos in various locations due to local lockdowns. The company said its revenue fell 62% in the six months ending in December and reported a loss in half of around $ 93 million.

Crown, which operates a private gaming club in London in addition to its Australian casinos, once had a larger international footprint and was looking to grow further. But he withdrew from his global ambitions after his employees were arrested in China in late 2016, sold a stake in a Macau casino operator and pulled out of a casino project in Las Vegas.

, made an indicative bid that then valued Crown at $ 7.1 billion, but Wynn called off talks after saying Crown prematurely disclosed their talks.

Duke’s women’s tennis drops to No.1 in North Carolina in a disappointing way