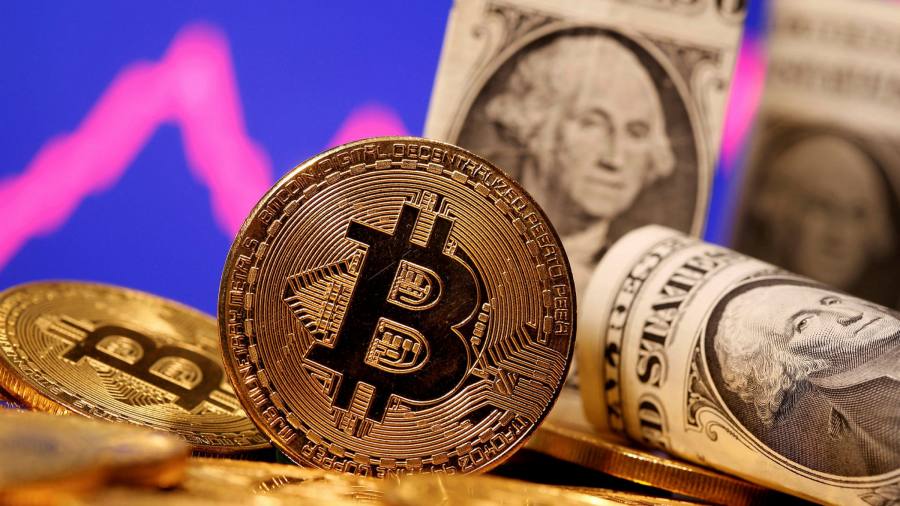 Visit our ETF Hub for investor news and education, market updates and analysis, and easy-to-use tools to help you select the right ETFs.

U.S. asset managers are trying to bypass the Securities and Exchange Commission’s apparent reluctance to approve Bitcoin exchange-traded funds with applications for products that will provide “proxy” exposure.

The SEC filings come as exchange traded products that track the price of the cryptocurrency are already operational in Sweden, Switzerland, Jersey, Germany and Canada.

Several applications have already been filed with the SEC for simple bitcoin ETFs. Now, two fund managers are hoping their bitcoin-related proposals will be the first to get the green light in the United States.

It would invest “primarily in the securities of operating companies. . . who directly or indirectly invest, transact or otherwise have exposure to bitcoin or operate in the bitcoin ecosystem ”.

Issuers will be creative in finding ways to meet demand

In addition, JPMorgan Chase has filed a request to launch a structured note based on the performance of the stocks of the 11 companies that make up the JPMorgan Cryptocurrency exposure basket.

Only two companies would make up 38 percent of the basket; MicroStrategy, a software company that at the start of February had $ 3.2 billion in bitcoin on its balance sheet, nearly half of its market capitalization of $ 6.6 billion; and Square, the payments company founded by Twitter co-founder Jack Dorsey, which also has more than $ 200 million in cryptocurrency on its balance sheet. The list does not include Tesla, which last month revealed a stake of $ 1.5 billion in bitcoin.

“Issuers are going to be creative in finding ways to meet demand,” said Nate Geraci, president of the ETF Store, a consultancy firm.

The requests come as Europe has already approved 23 cryptocurrency ETFs, which had combined assets of $ 6.3 billion at the end of February, according to ETFGI, a consultancy firm. The first two Canadian bitcoin ETFs, which only launched a few days earlier, had already raised a total of $ 496 million at the same point.

A third bitcoin ETF has since debuted on the Toronto Stock Exchange, with deposits pending for at least five more, including a reverse bitcoin fund offered by Horizons ETFs for its BetaPro lineup.

Deborah Fuhr, co-founder of ETFGI, said the launch of bitcoin ETP in Canada created less premium for other bitcoin vehicles, such as the Grayscale Bitcoin Trust, showing “that an ETF is a better structure. and more efficient ”.

VanEck and WisdomTree, two of the top 10 ETF issuers in the United States, have both filed applications with the SEC to launch regular vanilla bitcoin products, just like KKM, under the name Valkyrie, New York Digital Investment Group. and Kryptoin Investment Advisers. There is speculation that Grayscale will follow his lead after posting announcements to hire nine ETF-linked employees.

However, the SEC has expressed concerns about potential “fraudulent and manipulative acts and practices” and the need to “protect investors and the public interest”.

Jeff Kilburg, lead portfolio manager of the Innovative Balance Sheet ETF offered by KKM, said the underlying ETF model had the potential to be a “bridge” that could “serve as a proxy for investors seeking investment. ‘access to bitcoin’, especially for pension funds and endowments. who may not be permitted to invest directly in Bitcoin and retail investors who may have concerns about direct investment.

KKM has identified nearly 50 companies around the world that hold bitcoin on their balance sheets, a number Kilburg expects to double by the end of the year. Early adopters are dominated by tech companies, but he envisioned others, like banks, to take steps in this direction as well.

The SEC’s reluctance to approve direct bitcoin ETFs so far has increasingly confused some observers.

Geraci said, “The market could have supported a bitcoin ETF several years ago. It’s way past time – we have a fully functioning, robust and regulated Bitcoin futures market, we have products in Europe, we have regulated exchanges like Coinbase, but for some reason the SEC has set a higher barrier. for an ETF.

“The Commodity Futures Trading Commission has approved bitcoin futures contracts for trading. Another government agency, the SEC, will not approve a product that may hold the same futures contracts. It seems incongruous to me. 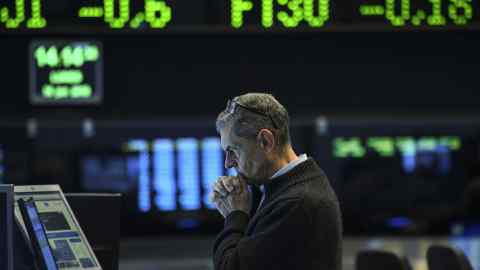 Likewise, Fuhr said: “If the regulator is happy to have similar products, whether open or closed, why wouldn’t an ETF that does the same thing be allowed?

She argued that the “robustness” of cryptocurrency exchanges has increased in recent years and that “products in Europe and Canada are working well”.

Geraci, who believed the SEC would approve a bitcoin ETF this year, said regulators had “painted themselves in a tough spot because the first-mover advantage is extremely important in this space.”

As a result, he expected to see an avalanche of additional apps. “I expect to see other major issuers attempting to get involved in bitcoin ETFs.”

“Having two of the biggest emitters is a pretty big endorsement of the space. Every issuer who wants to have part of the Bitcoin space must get involved quickly, ”he added.

BlackRock, however, said it had “no plans for a bitcoin or any other cryptoasset ETF,” even though the world’s largest asset manager had filed with the SEC to add bitcoin futures. as an eligible asset in its Global allocation and Strategic revenue opportunities funds.

Geraci said there was “no doubt” that some clients would be interested in Bitcoin ETFs.

“Younger customers are much more interested in owning bitcoin than physical gold, for example. It’s an uncorrelated asset that walks to the beat of its own drum. A small amount can potentially improve risk-adjusted returns. “