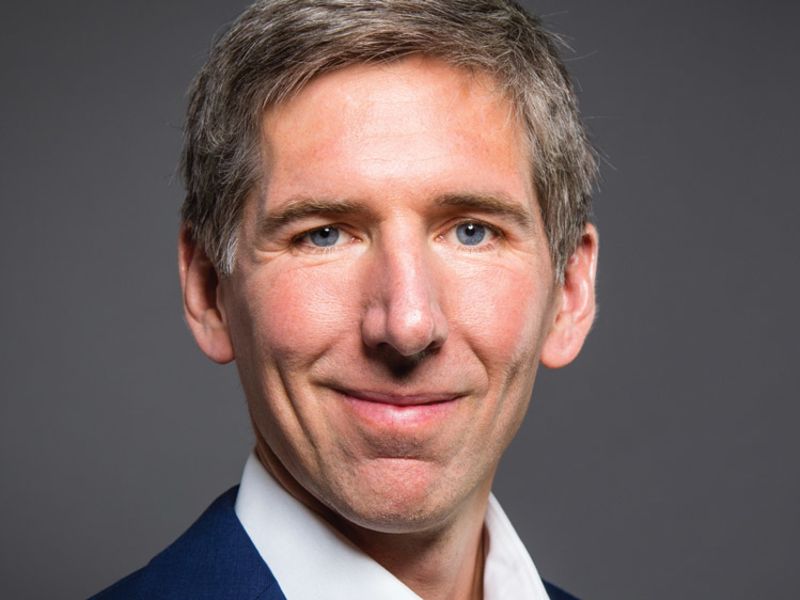 While the United States Securities and Exchange Commission has yet to weigh in on Cboe BZX Exchange’s March 1 filing to approve VanEck Bitcoin Trust listing and trading, the weight of the water behind the regulatory roadblock appears to be. so big at this point that the flood is inevitable.

Even with cryptocurrency exchange traded products already available in Europe and Canada, a product listed in the United States could send a shock wave to the investor world.

“This will be the most important force in reducing the cost of investing in cryptocurrency,” said Matt Hougan, chief investment officer at Bitwise Asset Management. Mr. Hougan sees the emergence of a US bitcoin ETF as a watershed moment similar to the 2004 listing of the SPDR Gold Trust.

According to the World Gold Council, gold ETFs held $ 198 billion in assets worldwide until March 5, half of which was in products listed in the United States. And like gold and other exchange-traded commodities, the product offered by VanEck, along with similar offerings from NYDIG, Valkyrie, and WisdomTree Investments, would be structured as grantor trusts under the Securities Act of 1933, as opposed to mutual fund. regulated by the Investment Companies Act 1940.

Retail and institutional investors already have many ways to invest or use cryptocurrencies such as bitcoin and ether (followed on a blockchain designed for smart contracts), but these methods – including holding direct – may include complicated security and custody arrangements.

The advent of a US ETF and the associated protections for investors “will ultimately bring more liquidity, more utility and more adoption to crypto,” Hougan said.

The traces of a possible US ETF have been so large that shares of the $ 37 billion Grayscale Bitcoin Trust recently traded at a discounted price compared to its bitcoin holdings per share after years at a premium. Launched in 2013, GBTC has an annual commission of 2% and takes creations through periodic private placements. It trades in the over-the-counter markets but does not have a redemption mechanism directly with the trust.

On March 10, Digital Currency Group, the parent company of GBTC sponsor Grayscale Investments, announced that it would purchase up to $ 250 million in GBTC shares. Grayscale has also posted several ETF related job postings. (The Internet ARK Next Generation ETF held approximately 8 million shares of GBTC as of March 15.)

Other booms in the cryptocurrency world have also helped fuel the ETF hype machine.

On February 19, the market value of bitcoin in circulation exceeded $ 1 trillion for the first time, and the price of an individual bitcoin has exceeded $ 50,000 in recent weeks. On February 25, U.S. digital asset brokerage and custody firm Coinbase Global Inc. filed an initial public offering that could value the company at nearly $ 100 billion, according to private deals cited by Bloomberg News.

On February 26, the SEC’s examinations division issued a risk alert to investment advisers, brokers, national stock exchanges and transfer agents on the scope of their digital asset examinations. And on March 11, a digital artwork was sold by Christie’s for $ 69.3 million in ether.

While volatility and hype still tarnishes the reputation of the cryptocurrency, the market has rocked questions of legitimacy as institutional grade custody evolves from State Street’s partnership with Gemini Trust to local efforts of Fidelity Investments and BNY Mellon.

“Several custodians now have experience of operating with high standards and without fail,” said Jan van Eck, CEO of Van Eck Partners Corp. Its company first filed a bitcoin ETF in 2016 before halting that initial effort in September 2019.

“Since then, a futures market has developed and there are tens of millions of owners,” van Eck said, “but there is still plenty of room for education with institutional investors. Our conversations have really accelerated in the last six months. “

In its IPO, for example, Coinbase said it has around 7,000 institutional clients and plans to expand its institutional coverage team “to educate hedge funds, corporate treasurers, family offices and other institutions ”.

A handful of publicly traded companies, including Tesla and Square, have also bought bitcoin through the company’s treasury.

“At this point, the clients who talk the most about cryptocurrency are endowments and foundations,” said Christopher Levell, partner at consultant NEPC. “In particular, some receive donations of valuable bitcoin and other cryptocurrencies, which they have procedures to sell. But some bequests have requested that the crypto be held for several years.”

“The cryptocurrency donation is considered a speculative investment,” Mr. Levell said, “but clients are interested in its potential value in a period of weak fiat currency. It has similarities to gold, but has greater convexity. Bitcoin could go to zero or $ 1 million. “

Bitwise’s Mr Hougan said family offices and hedge funds were among the main investors in the company’s current private placement products, including the $ 1 billion Bitwise 10 Crypto Index Fund. But an ETF could open the floodgates for retail and intermediaries.

In a December 2020 Bitwise / ETF Trends survey of nearly 1,000 financial advisors, only 9.4% said they allocate cryptocurrency in accounts receivable. Still, 47% of financial advisors surveyed said launching a bitcoin ETF would make them more comfortable allocating to crypto assets, up from 37% the year before.