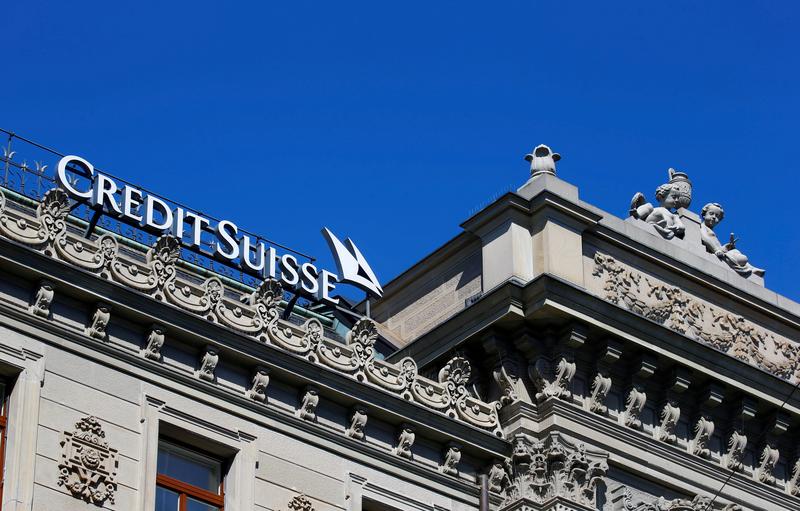 The Swiss bank, which ditched more than $ 2 billion in shares to end its exposure to the distressed investor, also said its Chief Risk Officer Lara Warner and Brian Chin, the bank’s director of investment of the bank, resigned.

The significant loss of our Prime Services business linked to the failure of a US-based hedge fund is unacceptable, Credit Suisse chief executive Thomas Gottstein said in a statement. Serious lessons will be learned. Credit Suisse remains a formidable institution with a rich history.

Warner and Chin are paying the price for a year in which Credit Suisses’ risk management protocols have come under scrutiny, two major relationships deteriorating rapidly, plaguing the bank with losses which analysts at JPMorgan Chase & Co, could go as high as $ 7.5. billion.

Archegos, a private investment vehicle of former hedge fund manager Sung Kook Bill Hwang, collapsed late last month when its debt laden bets on the shares of some media companies collapsed. Credit Suisse and other banks, which acted as Archegos brokers, had to scramble to sell the shares they held as collateral and unwind transactions.

For Credit Suisse, the Archegos episode came just weeks after the disappearance of another major client – UK financial firm Greensill. Credit Suisse had marketed funds that financed Greensills operations. The role of the Warners has also come under scrutiny following the corporate collapse.

Obviously, heads are turning. After any sort of explosion, there is always tighter control, said Jason Teh, chief investment officer at Vertium Asset Management in Sydney.

Credit Suisse has lost a lot of money and its share price will struggle to recover, Teh said.

In the short term, even if all of this is stated, (the stock) is not going to increase because there is still a need to increase profits. Basically they have lost income and they won’t get it back until they find another way to get it.

Credit Suisses ‘share price has fallen by a quarter over the past month as investors assess the impact on financial results and banks’ credibility, eclipsing an otherwise strong start to the year.

The episodes also put pressure on Managing Director Thomas Gottstein, who is trying to get Credit Suisse out of another round of bad headlines, covering a spy scandal that ousted predecessor Tidjane Thiam at 450 million write-offs. dollars on an investment in a hedge fund.

Hwang, a former director of Tiger Asia, encountered problems following a March 24 sale of shares by media company ViacomCBS Inc. Archegos has been heavily exposed to ViacomCBS, sources say, and declining prices stocks raised the alarm in its banks, which called the fund for more collateral.

When the company couldn’t keep up with demand, banks began selling the collateral, which included shares of Baidu Inc and Tencent Music Entertainment Group, among others.

While some banks were able to offload their collateral earlier, Credit Suisse still had shares. On Monday, he offered 34 million shares of ViacomCBS at a price of between $ 41 and $ 42.75; 14 million US certificates of deposit from Vipshop Holdings Ltd between $ 28.50 and $ 29.50; and 11 million shares of Farfetch Ltd, which are priced between $ 47.50 and $ 49.25 in secondary offerings, a source familiar with the situation said.

The shares were the remaining Archegos-related holdings that Credit Suisse had to sell before recognizing the losses, the source said.