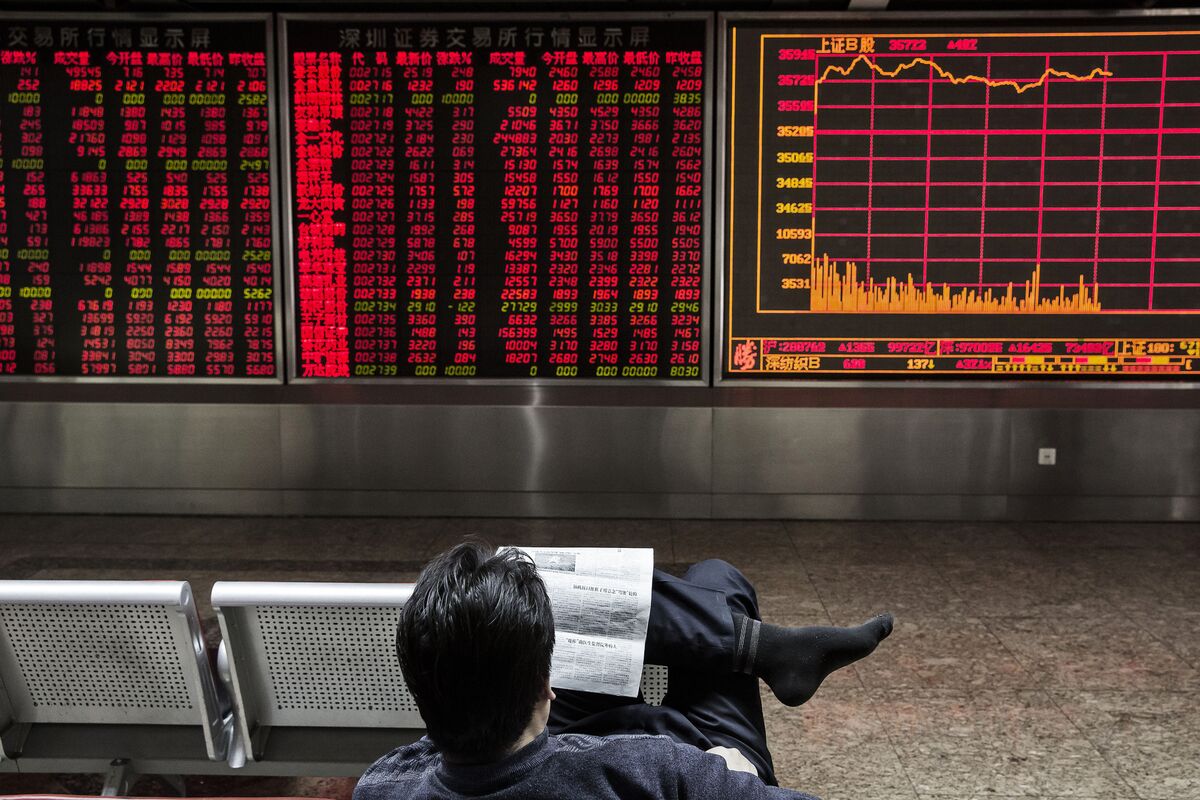 In 2020, China’s efforts to attract foreign funds to its borders finally paid off. Investors from New York to London demanded his stocks and bonds, strengthening the nation’s position on the world stage.

In the face of the collapsing global economy and the unprecedented stimulus triggered by central banks, China’s resilience to the coronavirus and its high-yielding assets looked attractive. The result was a 62% increase in overseas holdings of local stocks from the previous year to 3.4 trillion yuan ($ 520 billion), 47% for the bond market to 3.3. trillion yuan and the best of Chinese currency.quarter in over a decade. Foreign investors bought another $ 53.5 billion net worth of Chinese debt in January and February of this year, according to Gavekal Dragonomics.

But this influx – and this influence – is now creating a headache for the Communist Party. China has long beenparanoid about the risks posed by capital flows, especially after a disorderly devaluation of the currency in 2015, which is why authorities maintain strict controls on money entering and leaving the country. The scale of the inflows exposes the country to the risk of asset bubbles, which would burst if this money started to flow.

“The moment this demand becomes too large to manage and begins to put pressure on financial stability – or creates a threat or risk to financial stability – it will be curbed,” said Paola Subacchi, professor of international economics at the ‘University of London Queen Mary. Global Policy Institute and author of “The People’s Money: How China Is Building a Global Currency”.

The foreign presence in modern China’s financial markets has never been greater: in recent years, Beijing has created channels to let in funds, opening up links to exchange stocks and bonds through Hong Kong. and pushing for the inclusion of yuan-denominated assets in major global benchmarks. The generalThe aim was to help make markets more efficient and powerful. Institutions such as pension funds would bring stability to a stock market dependent on speculators, while increasing liquidity in a dying sovereign bond market.

The revival of the global pandemic has, in some ways, made China a victim of its own success. This was illustrated by a November report by the Asian Advisory Board of the Bank for International Settlements, which looked at the impact of capital flows. The People’s Bank of China, one of the 12 central banks in the task force, Noted that “sharp fluctuations in exchange rates and large capital flows would threaten financial stability and have real negative economic consequences”.

These concerns are already affecting Chinese onshore markets. Expectations of strong growth in the US economy are pushing up yields on Treasuries,reduce the premium offered by Chinese debt by around 1 percentage point from a record high in November. It also supports the dollar and punishes the yuan, which in March weakened by about 1.3%. The CSI 300 stock index has fallen more than 10% from this year’s high.

Official comments have only intensified in recent months. In a March 20speech, the main securities regulator, Yi Huiman, said that the large flows of “hot money” in China must be strictly controlled. In an unusually blunt waycommented in early March, banking regulator Guo Shuqing said he was “very worried” that asset bubbles in foreign markets would soon burst, posing a risk to the global economy. Li Daokui, former central bank adviser,blamed the potential for instability on relief from the US pandemic.

To manage the flow, China regularly granted an additional quota to onshore funds to invest in securities abroad, in Marchbringing it to $ 135 billion – the highest on record. Other measures includeencouraging mutual funds to invest in Hong Kong stocks, which led to record inflows in the city in January, andask financial institutions to limit the amount of offshore financing. Hong Kong said in December it was discussing plans to allowmainland investors to trade bonds in the city, which would also encourage exits.

But these steps are gradual, showing that policymakers are reluctant to go too far in the other direction. China may find it difficult to open its financial borders without being somehow at the mercy of Federal Reserve actions, like other emerging economies. The loose US monetary policy following the 2008 global financial crisis fueled bubbles in countries, from Indonesia to Thailand, whicherupted when the Fed prepared to raise interest rates.

The Fed responded to the pandemic with policies similar to 2008, but much faster – and further. Its balance sheet now stands at around $ 7.7 trillion, up from $ 4 trillion at the start of last year and the previous high of $ 4.5 trillion in 2015. This equates to about 36% of the country’s gross domestic production. country, a record.

There are few savings that can absorb that kind of money. $ 10.9 trillion Chinese stock market and $ 18 trillion bondsmarket make the country an obvious target.

“China is going to be a very attractive place for capital,” said Wen-Wen Lindroth, chief cross-asset strategist for Fidelity International. “The long-term growth rate – the gap they have with income – compared to developed markets means that they have a lot more scope for development,” she said.

The question now is how China deals with this issue, which will become even more pressing as the weight of yuan assets in global benchmarks increases, attracting billions of additional dollars. Allowing more exits will reduce the risk of bubbles, but increase the risk of money flooding too quickly – as the country saw following the currency devaluation of 2015.

“China has long been very careful about opening its capital account, and this cautious approach is always the most likely,” Wei He, Chinese economist at Gavekal, wrote in a March 31 report.

– With the help of Tian Chen

What surprises is their self-expression and individuality, its very high level Meet the fashion finalists of the Hyres Festival