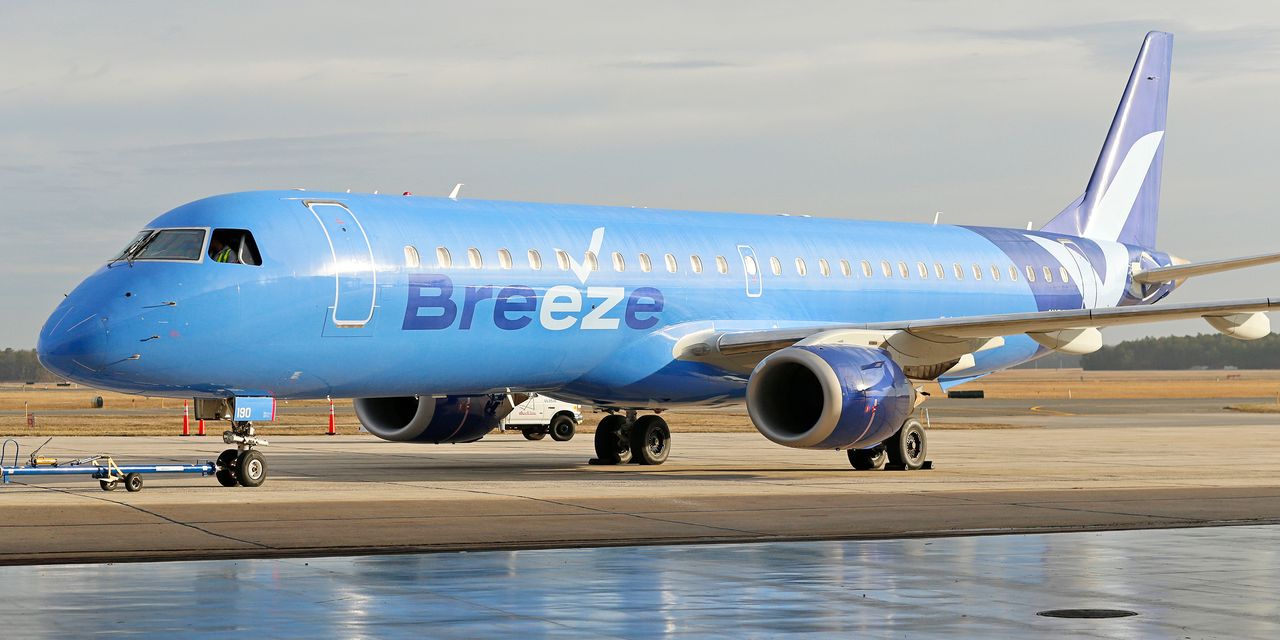 Americans have been traveling in greater numbers for over a year, and they will soon have two new leisure-focused airlines to consider on these trips.

The two hope to attract passengers by filling smaller strands on the spider web of air routes that crisscross the United States.

Avelo Airlines announced Thursday that it will begin flying later this month to 11 destinations from Burbank, California. The startup plans to add more routes in the West as soon as it expands its fleet of three Boeing 737s.

Avelo was started by a longtime airline executive who believes there is room for another low cost carrier in addition to the several low cost airlines already in the market.

There are too few seats in the United States offered by low cost carriers. That’s why we believe the opportunity is huge, said Avelo CEO Andrew Levy. Customers want a really inexpensive way to get from point A to point B.

and the Brazilian airline Azul.

Breeze plans to fly toneglected, forgotten markets, many of which the major airlines have abandoned. Breeze is currently running test flights for the Federal Aviation Administration and may announce route and fare details as early as next week and carry passengers in May.

Planning for the two airlines began before the coronavirus pandemic hit, but they are starting just as Americans, long at home, are looking to get out and travel like in 2019. Over a million Americans have been flying every day for nearly a month now, and people who kept their jobs during the pandemic have saved more, which they could use for travel.

The last new US airline was Virgin America, which started flying in 2007 and disappeared after Alaska Airlines ALK,

It is difficult to start an airline due to the high costs of planes, fuel, technology, and labor. The pandemic has helped, however, by leading to an overabundance of planes and available workers, says Jonathan Kletzel, transport expert at consultant PwC. Yet start-ups face another fierce risk of pushback if they threaten a market valued by an established airline.

When new entrants show up in a city, the majors can always roll out cheap flights there and crush them completely, Kletzel says. These entrants need to make sure they are targeting places that are not going to ruffle bad feathers.

Levy is a former Allegiant Air and United Airlines UAL,

leader who finally fulfilled a years dream of creating an airline.

in the 1970s and copied by others, including Allegiant. Part of this strategy is to stick with secondary airports which have lower costs and less congestion. Planes land, take on new passengers and take off quickly, spending more time in the air and less on the ground.

One of Avelos’ premier destinations, Ogden, Utah, is a pleasant, convenient, and easy-to-navigate airport, he says. There are many across the country that have not been served or at least underserved. These are the markets that were going to be targeted.

Allegiant is the only airline currently serving Ogden, and only out of Phoenix, while nearly a dozen carriers compete in nearby Salt Lake City.

Avelos’ first flight on April 28 will be from Burbank to Santa Rosa in the wine region of northern California. No other airline operates this route, although Alaska Airlines flies to Santa Rosa from John Wayne Airport, about a 90-minute drive from Burbank.

The airline will fly a 189-seat Boeing BA,

737-800 planes, of which there are many and, says Levy, a good deal in the used aircraft market. Planes will not have internet access on board, at least not this year.

Avelo was launched with promotional rates of $ 19. Like other budget airlines, Avelo will charge extra for many options, including an assigned seat and carry-on baggage that goes in the top bins.

The costs of a start-up airline are really easy to predict; the income is the hardest part, says Levy. If Avelo meets its revenue targets, we will definitely be profitable before the end of this year, and 2022 will be a profitable year. That’s roughly the same outlook analysts have for the major US airlines, which are well-known products with well-established customer bases.

Breeze has not specified where it will begin operations, although the airline has suggested it will be in the southeast, including Florida, a popular destination for leisure travelers. Neeleman says now is a good time.

Leisure traffic is crazy right now. Lots of people have vaccines, and younger, healthier people are like, I’m fine, Neeleman said in an interview. There is a lot of pent-up demand, probably more than the seats available.

Unlike Avelo, Breeze will start using smaller planes, 118-seat Embraer E-190s that it will lease, some from Azul. Neeleman said falling operating costs for smaller planes will help his new airline succeed on routes others ignore or have abandoned.

We can get 20-25% lower travel costs than other guys, he said. Because we have a smaller aircraft, we can enter markets that may not make sense to them, but that make sense to us.

There are hundreds of neglected routes, says Neeleman. He says about 80% of airlines’ capacity will be deployed on routes where there is no other non-stop service, only indirect connections.

Like Avelo, Breeze planes won’t have a separate cabin for first-class or business-class seats, but Neeleman isn’t ruling that out when his airline starts flying slightly larger Airbus A220 planes later this year.

Neeleman estimates that Breeze needs to occupy around 60% of its seats to break even.

We hope to be profitable next year, he said.