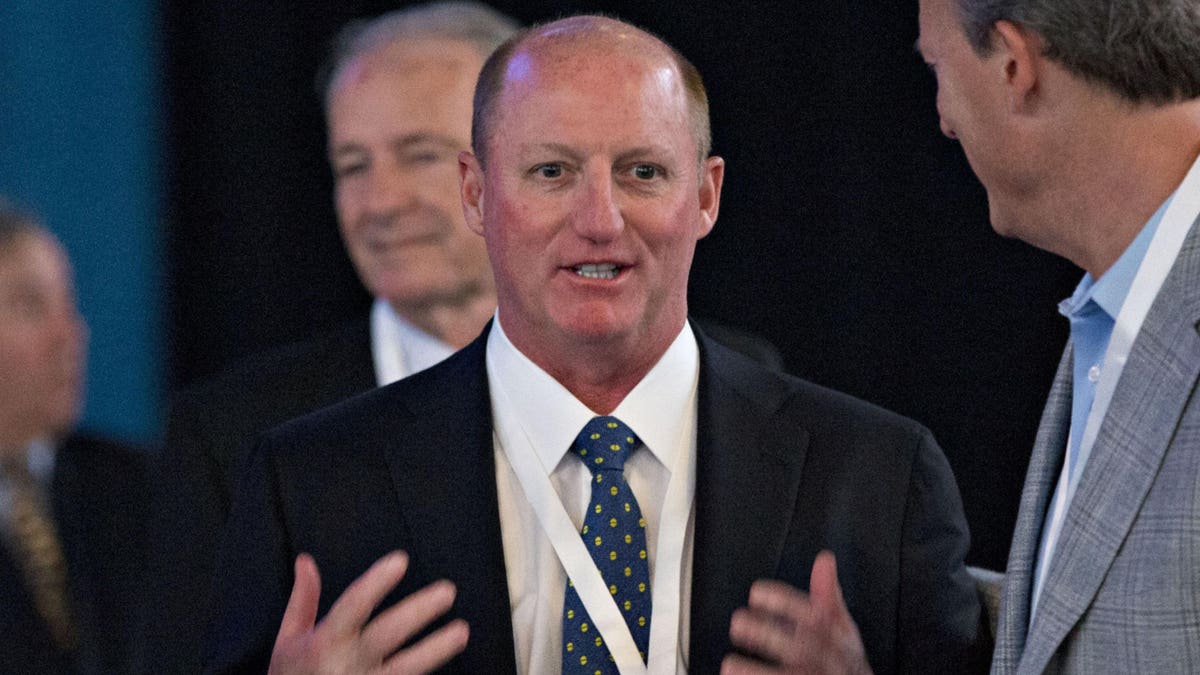 The man Warren Buffett expects to succeed him as head of Berkshire Hathaway is worth around $ 484 million thanks to a stake in his private energy subsidiary, although he owns very few listed shares in Berkshires stock exchange.

At the Berkshires annual meeting on Saturday, longtime Buffetts lieutenant Charles Munger made a flippant comment that Greg would retain the culture as Berkshire decentralized, suggesting that company vice president Greg Abel, will succeed Buffett as CEO. Buffett later confirmed to CNBC that Abel is the current choice to take over, saying: The directors agree that if anything happened to me tonight, it would be Greg who would take over tomorrow morning.

Abel has been a Berkshire leader since the Omaha, Nebraska conglomerate purchased MidAmerican Energy in 2000, when he was chairman. He became CEO of the company now named Berkshire Hathaway Energy in 2008 and held that position until becoming Vice President of Berkshires in 2018.

Abel owns a 1% stake in Berkshire Hathaway Energy, billionaire Walter Scott owns 7.9% and Berkshire Hathaway owns the remaining 91.1% of the company, according to BHEs 2020 Annual Report. Berkshire repurchased $ 126 million in shares from Scott on March 5, 2020, according to its latest declaration of power of attorney, valuing BHE at $ 53.4 billion. This gives Abels an estimated value of $ 480 million (Forbes updates holdings in private companies).

Abels piece of BBB accounts for the vast majority of his net worth, Forbes estimates. He only owns five Berkshire Hathaway Class A shares in a trust and 2,363 Class B shares as custodian of his family members, according to the proxy circular. With Class A shares worth over $ 400,000 per share and Class B shares trading at $ 280 per share at market close on Monday, that stake is worth around $ 2.8 million.

Abel and Ajit Jain were named vice presidents at the same time in 2018, which sparked speculation that both were vying for the top positions. Jain, a 35-year-old Berkshire veteran, manages his insurance operations and Abel oversees everything else. Jain owns $ 185 million in Berkshire Hathaway shares, some of which is held by a private foundation. Abel, 58, is 11 years younger than Jain, which Buffett reportedly cited as a contributing factor to the decision. They are both great guys. The likelihood of someone having a 20-year track does make a real difference, however, Buffett told CNBC.

Despite being among the youngest members of the Berkshires board of directors, Abel’s stake in the public company still stands out as being remarkably small. Buffetts 248,734 Class A shares make up the bulk of Oracle’s $ 106 billion fortune in Omahas. Mungers shares are worth $ 1.9 billion and lead investor David Gottesman has a stake of $ 2.6 billion. All but two of the other members of the Berkshires board of directors, at 14 members, have stakes that are worth much more than Abels. A spokesperson for the company did not respond to a request for comment.

But as an added bonus to his lucrative stake in Berkshire Hathaway Energy, Abel is paid generously in his role as vice chairman. His base salary was $ 16 million in each of the past three years, according to Berkshires’ proxy statement, and he received bonuses of $ 3 million in 2020 and 2019 and a bonus of $ 2 million. in 2018. Buffett and Mungers’ base salaries are only $ 100,000 per year.

Abel also sits on the board of directors of Kraft Heinz and owns 40,036 shares individually, valued at approximately $ 1.7 million. Berkshire Hathaway orchestrated the 2015 Kraft and Heinz Megamerger after purchasing the two food companies with Brazilian private equity firm 3G Capital and is Kraft Heinz’s largest shareholder with a 26.6% stake.