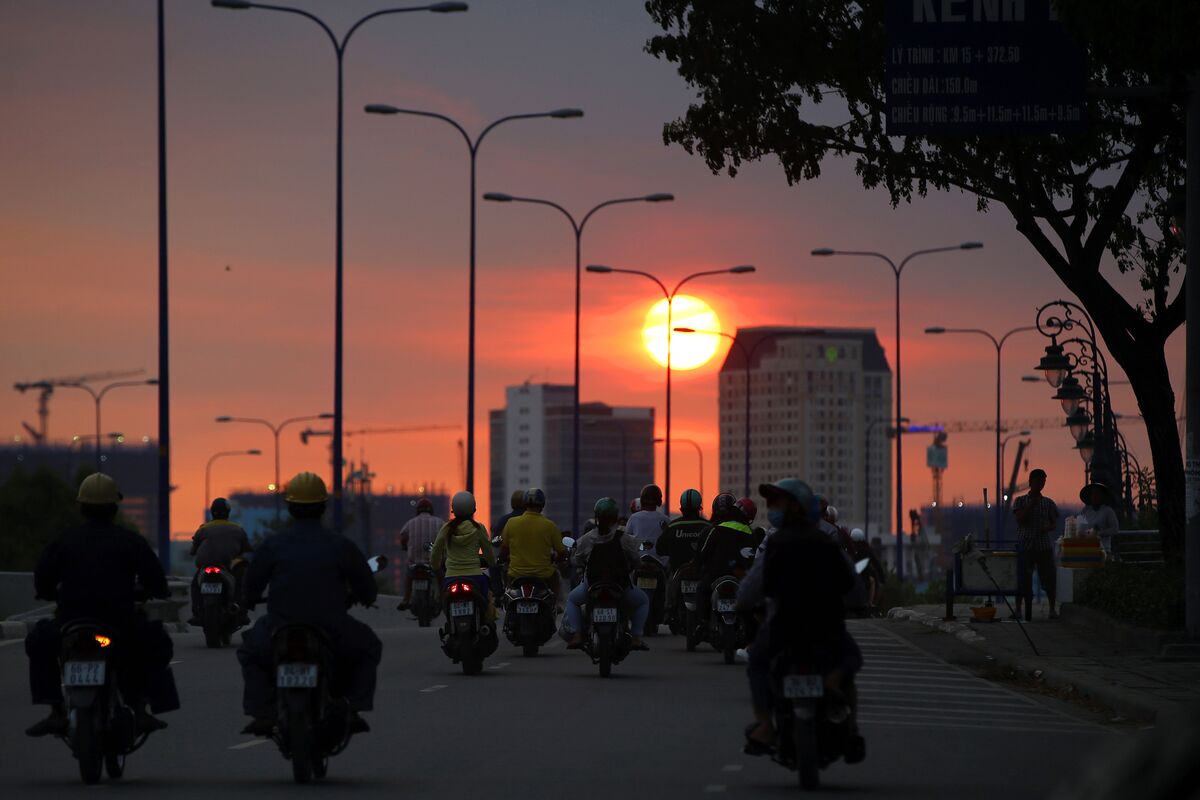 Individual investors are cramming Vietnamese stocks at an unprecedented rate, fueling Asia’s biggest rally and fueling speculation that foreign funds will return after fleeing the market over the past year.

The country’s benchmark VN index climbed 17% in the three months ended April 30, beating all major markets in the region and nearly doubling the gains of the S&P 500 index.

As foreign investors have withdrawn about $ 842 million from the Southeast Asian country’s shares so far this year, the tide may turn. Vietnamese equity funds posted record inflows in the third week of April even as emerging market equity funds posted the largest outflows since January, according to EPFR. A major contributor was a new Taiwan-based ETF in Vietnamraised over $ 350 million.

A sustained return from foreign investors could generate additional gains in a market which, like many others around the world, has attracted retail bettors in droves. Falling interest rates prompted ordinary Vietnamese to open nearly 400,000 new trading accounts in 2020, a record high. In the first three months of this year alone, they opened nearly 258,000 more, helping to send daily turnover on the Ho Chi Minh City Stock Exchange at an all time high.

“The stock market was very active and a lot of my friends were making money from it, so I decided to take money out of the bank to invest in stocks for a better return,” said Nguyen Lan Huong, a 30-year-old grocery store. worker from the Long Bien riverside district in Hanoi.

The latest catalyst for Vietnam could be if international investors reverse their net sales of domestic stocks. According to SSI Securities JSC, the country’s second-largest brokerage firm, Vietnamese retail investors typically model much of their investing behavior around foreign investors when researching which industries to focus on.

Vietnam is an “investable market”, according to HSBC Holdings Plc. The flood of local liquidity has seen trading volumes more than quadruple since the end of 2019, based on 50-day moving averages. The benchmark index now includes 11 stocks exceeding $ 5 billion in market value, up from just two in 2015.Vingroup JSC led the charge and the conglomerate is now launching an ambitious plan to sell electric vehicles in the U.S. Vingroup was founded by the country’s richest man, Pham Nhat Vuong, who first got rich by selling packaged noodles in Ukraine. The company initially focused on real estate development, but it also manufactures cars and smartphones.

Vietnam’s shares have climbed in optimism that its export-oriented economy can maintain momentum after being one of the few in Asia to thrive last year. Manufacturing activity jumped in April inthe strongest since November 2018, according to a PMI report on Tuesday. Stocks retreated today, pushing the VN Index down 1.1% at 9:38 a.m. local time after the Vietnamese capital asked students to stay home in order to help contain aincrease in local cases of Covid-19.

The country is well positioned as the US and Chinese economies lead a global rebound from the pandemic. That’s because Vietnam benefited when trade tensions between the United States and China prompted companies to diversify supply chains out of its larger Asian neighbor.

“We have been positive about Vietnam for several years. They are clearly benefiting from Sino-US trade tensions and their handling of the pandemic has been one of the best examples in the world, ”said Jeff Gill, who has helped manage around $ 10.9 billion in assets at City of London Investment Management as of December 31.

Part of the problem may be that international investors overworked themselves when they splurged. Foreigners sold $ 876 million net of Vietnamese stocks last year, which is similar to what has already been sold so far this year. This corresponds to a wave of sales in Asian emerging markets. These measures appear to have simply inflated foreigners’ cash positions in Vietnam, which are already significantly higher than they were at the end of 2020, according to Vu Bang, former chairman of the State Securities Commission.

Vietnamese stocks also suffered a setback in March when FTSE Russell decided to maintain the country as a frontier market, instead of turning it into a secondary emerging market, citing issues with settlement methodology. The State Securities Commission plans to resolve the issue later this year. Investors also cited foreign ownership limits as a concern that could hamper the market’s ability to develop further.

“I see Vietnam as very good, convincing growth and a stable history in the short, medium and long term,” said Federico Parenti, fund manager at Sempione Sim in Milan.

Vietnamese like Quy, a 33-year-old swimming teacher, are all too willing to continue investing in the country’s stocks. He never thought about buying stocks until the pandemic kept shutting down the pool where the Hanoi resident usually teaches his students, reducing his income. He used all of his savings at the time – around 300 million dong ($ 13,000) – to buy stocks. He made about a 12% return last year.

“I am not a professional investor and I have no experience,” he said. Quy is considering other short-term purchases. “I think I’m just riding the wave to make money in the stock market.”