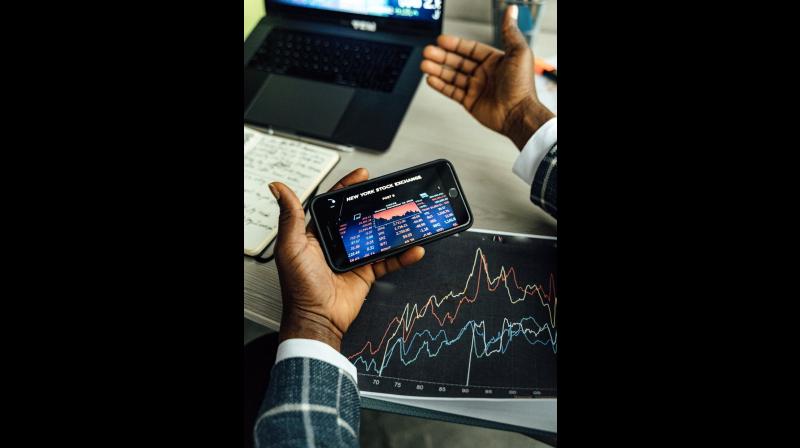 Indian stock exchanges look like “mushroom rocks”, heavy and delicately balanced, just waiting to be toppled by bad news, which is not lacking. Investors, whose shares are part of the ongoing bull run from February 2021, don’t care that they’ve earned Rs 11 trillion since May 24.

This boon of increased wealth, for less than 15% of households that own stocks, contrasts with the growing shortage for most of the others due to the economic and health depredations of the second wave of Covid-19 and its mutants .

It is, however, hypocritical to wring your hands in anguish as a few have gotten richer while the majority, especially those in the bottom three quintiles, are struggling. Gunnar Myrdal “marked” India as a “dual economy” in 1968, in his seminal work Asian drama.

Certainly, a lot has changed since then. The urban and modern part of the economy has grown considerably, as has inequality. The rapid rise in wealth at the top – a result of the 1992 liberalization that triggered entrepreneurship and economic growth – remains unmatched by the improvement in the standard of living of the middle class, though, until the pandemic, poverty in the bottom two quintiles has declined significantly.

The stock market is not a useful indicator of economic well-being. It tracks the well-being of an elitist minority in the formal sector, but with positive spillover effects. But it is a real-time, high-visibility measure of government performance in partially liberalized economies like India, where the government continues to be an intrusive economic agent through state-owned companies and corporations. financial institutions, administered pricing and capital allocation regimes.

India’s exchange rate regulator – the Reserve Bank of India (RBI) – strives to keep the exchange rate stable, except for adjustments reflecting the difference between currencies in the rate of inflation, which the RBI is mandated to keep in a two percentage point float. below or above the standard of four percent per year. Currently, we are scraping the underside of the upper bound.

Sound inflation management and economic growth attract foreign investors, who have invested 25 trillion rupees in India, or 13% of market capitalization. These funds are important. They help us fill the exchange gap because we regularly export less than we import.

The ecosystem in which stocks are traded and fortunes won or lost, has been regulated by the Securities Exchange Board of India (SEBI) since April 1992. On the demand side are 41 million registered investors – individuals and entities – including 9,823 foreign portfolio investors and 45,000 national companies. On the supply side, 5,600 companies supply publicly traded bonds and stocks through 1,343 stock brokers. More than 400 portfolio management entities and UCITS ensure the intermediary of flows.

The Bombay Stock Exchange was the first. It operated from 1875. Since then 20 more stock exchanges have been established but have voluntarily closed their doors or, like the Calcutta Stock Exchange, are in litigation for doing so. At the time, primary products like opium, indigo and cotton were marketed.

Today, Bombay is Mumbai, and the renamed ESB no longer deals with raw materials, for which there are specialized exchanges. 84% of the capital raised in 2019-2020 was made by companies related to telecommunications, finance and electronics. In 1992, the National Stock Exchange (NSE) became a competing stock exchange for domestic trade.

Also consider the restricted geographic distribution where the funds come from. BSE collects 51 percent of funds from Mumbai, 17 percent from the National Capital Region, 15 percent from 18 other cities and the remaining 17 percent from the rest of the country. The newer National Stock Exchange is even more exclusive, relying on the twenty largest cities at 87 percent for funds.

Stock trading as an urban phenomenon is not unique to India. Fortunately, digital trading allows anyone living in remote areas with a smartphone to connect to licensed trading platforms. It already represents 12% of transactions and is the hope of democratizing market access.

But democratizing capital gains is more difficult than democratizing access. Competitive capital-intensive “games” have a funnel effect from which the biggest players benefit disproportionately. Young people in the know, with money to spare, know this. They are trying to build capital through volatile cryptocurrency exchanges worth $ 750 million – an extra-legal game. Retail crypto mining requires expenditure of Rs 0.4 million. A computer – a tireless digital slave – can cover household expenses, in a throwback to the late 19th century, before slavery was abolished.

Stock markets are as amoral as shopping malls. They make affordable money available for the implementation of business plans, empower companies and widely disseminate business gains, although transparency needs to be improved and indiscretions better sanctioned. The trick is to keep the regulations light to attract more companies to the stock exchanges. Mandatory spending of profits for corporate social responsibility is bad regulation, while the taxation of capital gains, to finance the redistribution of income to the poor, is a good thing.