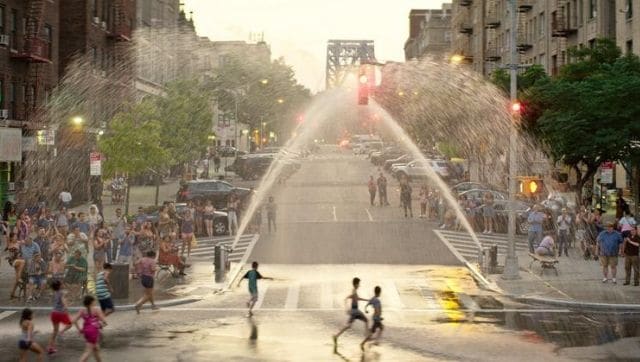 Colourism or discrimination against darker skinned people within their same ethnic group lurks deep in just about all communities with varying levels of melanin. But it isn’t being talked about, and it could be a setback for racial justice efforts that escalated after George Floyd was murdered by police last year. 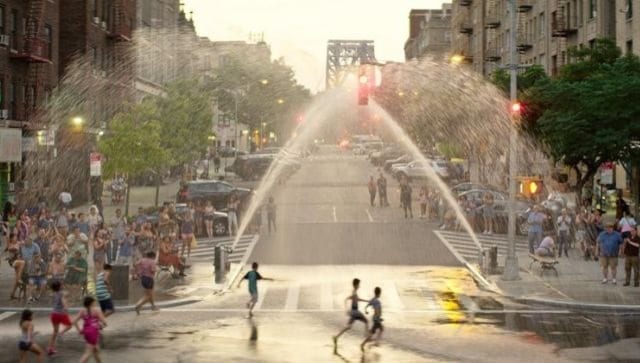 A still from the movie In The Heights. Image via Associated Press / Warner Bros.

Every year, Hollywood inevitably comes under fire for its lack of racial diversity. But another lesser-known but still ubiquitous problem is also resurfacing: the lack of diversity in skin tone.

It happened again with In the heights, a big-budget movie based on the musical created by Lin-Manuel Miranda, which was called this week for its shortage of dark-skinned black Latinos in the lead roles.

Colorism or discrimination against darker skinned people within their same ethnic group lurks deep in just about all communities with different melanin levels. But it isn’t being talked about, and it could be a setback for racial justice efforts that escalated after George Floyd was murdered by police last year.

Avoiding conversation will hinder the battle for racial justice because the two are fully and inextricably linked, said Ellis P Monk Jr, a sociology professor at Harvard University who has been researching colorism for years.

Monk says the issue is prevalent in all communities of color and has been taboo in part because he is uncomfortable talking about internal conflicts while battling broader discrimination based on race and ethnicity. .

In a way, colorism and skin tone layering is an even harder problem to solve, because you could make the case that everyone is involved in the colorism system, Monk said. If we think about race and racial inequality without taking these differences in skin color seriously, we fail to understand how this system of racial inequality works.

Miranda, best known as the creator of the Broadway musical Hamilton and a longtime champion of Latino inclusion in the arts, acknowledged his own myopia when approaching colorism and apologized.

I can hear the pain and the frustration, of always feeling invisible in the comments, Miranda wrote. I’ve heard that without sufficient dark-skinned Afro-Latino portrayal, the work seems to extract the community we so wanted to represent with pride and joy.

Legendary Rita Moreno also became introspective on colorism after facing backlash in her defense of Miranda when she hinted that Latinos should be grateful that they are portrayed in any way. She has since apologized.

There is little data to track discrimination based on skin tone, so it is difficult to quantify how ubiquitous colorism is. But existing studies show that people with darker skin have higher incarceration rates, less access to health care and education, and live in poorer neighborhoods, according to several experts.

Nayeli Chavez, clinical psychologist and professor at the Chicago School of Professional Psychology, has spent a decade studying racial differences between ethnic groups.

We have been socialized from childhood to despise darker skin, native features, said Chavez.

As a psychologist who has dedicated his career to helping people heal from racial trauma, Chavez sees how damaging avoiding the subject of colorism is and says there is a false assumption in Latin America that because these places were colonized and its inhabitants are of mixed races, there is no racism.

The key to changing behavior is to teach history accurately and recognize that these biases exist.

Racial justice begins with our own community. It literally starts in our own families, Chavez said. This is an area in which there is so little. We are hardly like touching the tip of the iceberg.

Nancy Lpez, professor of sociology at the University of New Mexico, said that one way Latinos and other communities of color can begin to approach colorism is to ask a simple question: What is your “race of color?” street?

Street running refers to the run someone assumes you are when you are walking down the street and they don’t know anything else about you. Take former President Barack Obama, who is half white. Someone who saw him on the street would probably see him as Black his street race.

Lpez, who also heads and co-founds the Institute for the Study of “Race” and Social Justice at UNM, said the concept of street racing also affects family dynamics. Two siblings from the same parents may have different skin tones and therefore different experiences in how they are viewed and treated, Lpez said.

Reflecting on your street race is one way to practice solidarity with those siblings, cousins, partners, parents who may be racialized very differently from you, may experience racialization in a very different way, she said. .

While some may find that bringing attention to colorism is divisive, Lpez says it’s the opposite. If the communities do not talk about it, they are not totally united, she says.