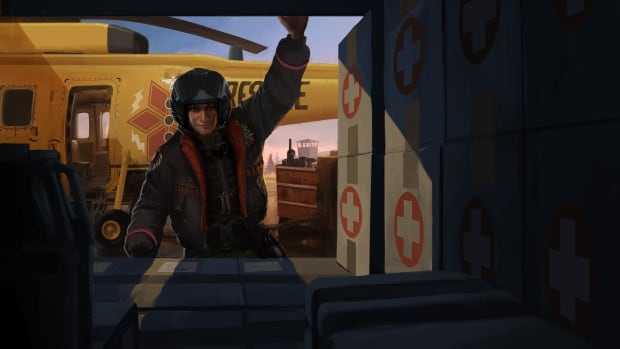 A Regina-born actor recently added a popular video game voiceover to her roster of roles, and she even helped with character development, based on her own background as Nakoda.

The Montreal video game company, which is behind successful titles like the Assassin’s Creed series, released Rainbow Six Siege in 2015, but has been regularly adding new characters and updates to the game since its release.

McArthur said his team responded to a casting call from game developers for an Indigenous woman from Canada. From there, she was able to land the role of military pilot.

“They wanted to keep the character’s specific cultural heritage in keeping with the actress they had chosen,” she said. “She’s Nakoda, just like me.”

When she accepted the role, the character had yet to be created, McArthur said. The developers asked about her own cultural background, she said. After writing them a long email in response, she didn’t hear about the character’s evolution for a few months.

Meanwhile, Ubisoft was busy working with Nakoda consultants in Saskatchewan to help build Thunderbird from scratch.

A popular video game created by Ubisoft has come out with a character who has a Nakoda heritage and connections to Saskatchewan. Tom Clancys Rainbow Six Siege has over 50 playable characters and the most recent is “Thunderbird,” a female Nakoda with military pilot training. The character was created through a collaborative effort between game developers, consultants Nakoda and Sera-Lys McArthur, a Nakoda woman and voice actress born in Regina. McArthur joins guest host Ted Deller to talk about the role and what went into creating the character. 7:07

According to Rainbow Six Siege website, the backstory for the character of Thunderbird, whose real name is Mina Sky, is that she was born in the Nakoda Territories of Saskatchewan. She began her military career at the age of 17, when she joined the Bold Eagle program, which is a true Canadian Armed Forces training course for Indigenous peoples.

“I was just blown away when they brought it back to me a few months later,” McArthur said. “I was so moved that I felt so seen.

“I had never felt seen before and felt really special to be able to represent this to the general public of the world.”

McArthur said she admires the character’s strength and her connection to her homeland and culture.

“She has cultural teachings that she can pass on to others and she’s a healer, and she kind of supports everyone,” she said. “I think it’s just a really positive light for our people to be represented.”

McArthur said that one of his favorite things that contributed to the character was in the announcement of the character trailer.

“I suggested saying ‘skoden’ in the animated featurette that featured my character,” she said. “Skoden” is a popular term among indigenous people which means “let’s go then”.

McArthur said she believes it is important to have proper modern Indigenous representation in mainstream video games.

“They affect people of all ages and nationalities all over the world, [and with] Indigenous peoples, we have become almost used to being often left out of the conversation when it comes to representation, ”she said.

McArthur said she has never seen characters in the media who reflect her cultural heritage or her appearance.

“When I grew up I always felt that there could be something different or strange about me,” she said. “I think that [proper representation] can help create a new world for young people to feel they belong. “

She said that indigenous peoples are not always respectfully portrayed in mainstream media, but the situation with Ubisoft was “the best possible scenario.”

“Ubisoft was clearly listening to the advisers they brought in and even I learn a lot of cultural knowledge based on my work through this character.”