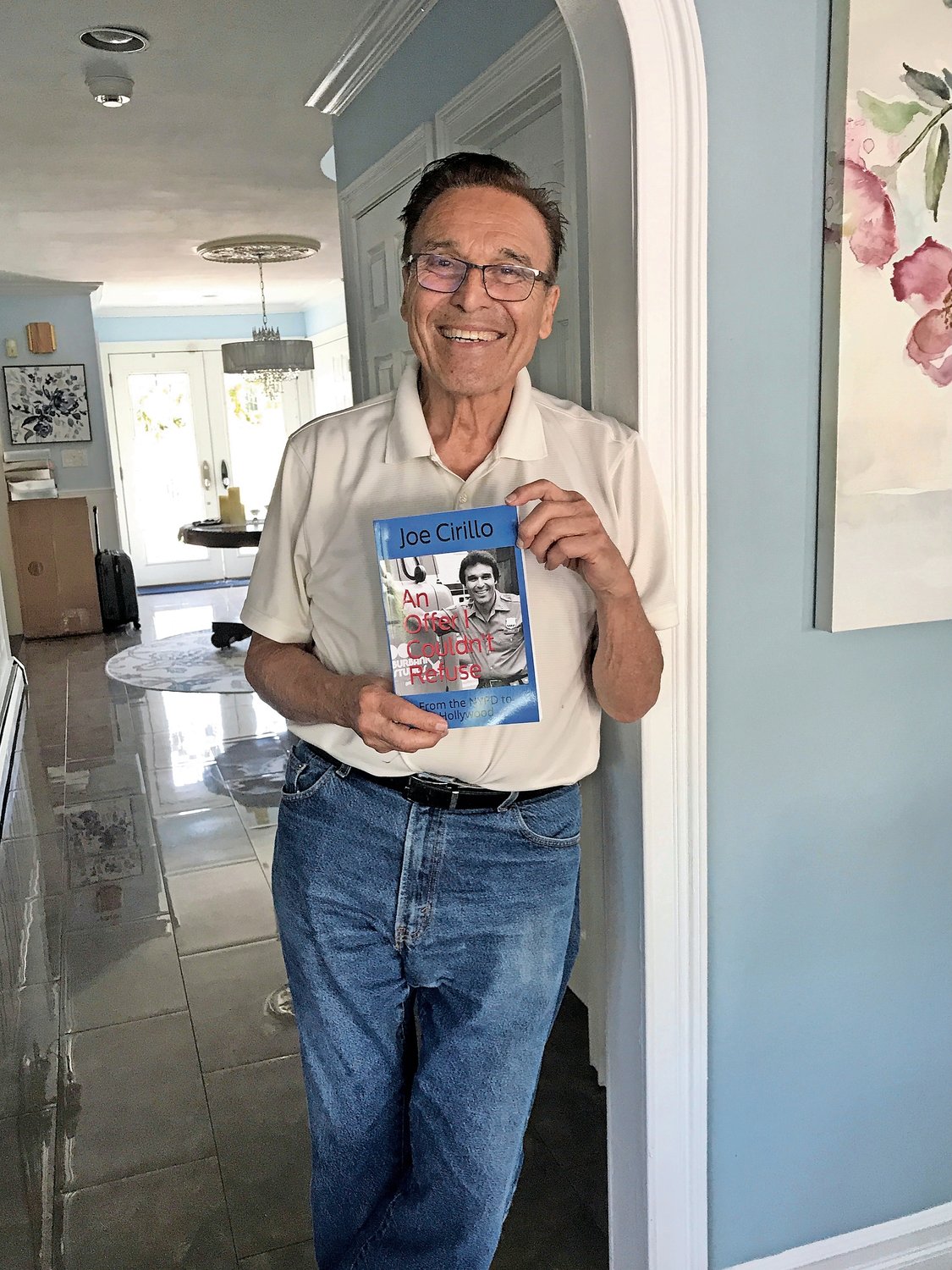 Joe Cirillo, a resident of South Bellmore for almost 50 years, has had a remarkable life. Now the 90-year-old – who said he saw it and done it all – recounts his life in his recently published autobiography, “An Offer I Couldn’t Refuse”.

Cirillo, who is also a Korean War veteran, began his career as a police officer for the New York City Police Department in the 1950s.

In 1958, Cirillo was one of the first people to make composite drawings of suspects, he said. When they offered him an office job in the department, he turned it down because he wanted to be on the streets. While patrolling the streets, Cirillo began to meet people, including Oscar-winning director and producer Mike Nichols.

“We became friends,” Cirillo recalls. “Mike said to me, ‘How would you like to be an actor?’ He then got me an interview with Paramount Pictures.

The rest is history, he said.

“The speaking part never made the movie,” he laughed. “But it got me my Screen Actor’s Guild card.”

Cirillo, who recorded most of the photos, articles, and other media about him in large filing cabinets, was eager to open and flip through them and look back on his life.

In 1976, “the most popular show on television” was “Kojak,” a crime drama starring Telly Savalas and set in New York City, according to Cirillo.

“It was first shot in California,” Cirillo said. “But, they did archive photos in New York.”

When they needed someone to keep Savalas safe, Cirillo said the police told them, “We have the right guy for you. ”

“I got out of the police department 2 months later,” Cirillo said. “I moved to California and started working for Savalas.”

After working with Savalas until the end of “Kojak” in 1978, Cirillo remained in California where he secured a co-starring role in the short-lived television series Eischied, another crime drama. At its conclusion, Cirillo returned to New York.

“I started my own security business for movie stars” and other big names in Hollywood, he said. The list of people he has provided security for includes Frank Sinatra, Barbra Streisand, Tom Hanks, Dustin Hoffman, Jerry Lewis and Goldie Hawn, among countless others.

Thinking back on all the people he had worked for, he said he was not just their security guard – “We became friends,” he said with a smile.

Perhaps Cirillo’s most memorable role is as the police captain in “Ghostbusters,” in the scene where the supernatural containment center is shut down by authorities. Cirillo’s character says the quote line: “You do your work with the pencil, don’t tell me how to do mine!” ”

In addition, Cirillo considers himself a writer.

“I wrote 12 screenplays,” he says. “I also wrote a musical version of the movie ‘Marty’, although it was never produced.”

Cirillo also has his own production company, and at the moment two of his screenplays, titled “Comeback in Vienna” and “Megaballs”, are potentially in the process of being turned into films.

Encouraged by many for years to write a book about his life, he explained, he finally decided to do it – but not for himself.

“I did it for my family,” he said. “So that my children, grandchildren and great-grandchildren can know me and my heritage. “

Cirillo’s book, “An Offer I Couldn’t Refuse” – a play on the famous line “The Godfather”, “I’ll Make You An Offer You Can’t Refuse”, delivered by Brando – is available at Amazon and Kindle, and so far, has received praise from readers and critics.

“I’m talking about Korea, my years in the police department, Hollywood, my security company and today,” Cirillo said.

Still working hard to see his scripts turn into movies, Cirillo said, “I’m not giving up. Perseverance is what it is about.