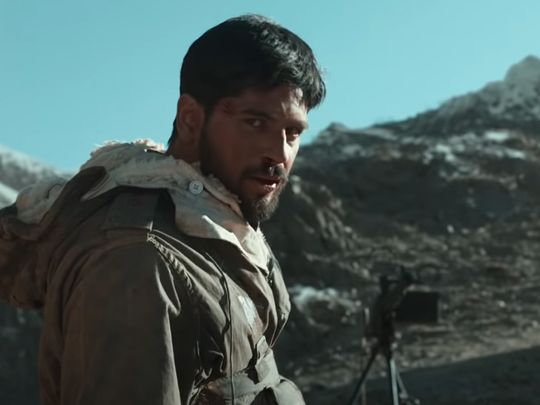 The trailer for actor Sidharth Malhotra’s upcoming war film, Shershaah, has been hailed by Bollywood insiders and fans alike for telling a true story of bravery and patriotism.

In the clip, which aired on Kargil Vijay Diwas on July 26, Malhotra stars as the late Captain Vikram Batra and his twin brother Vishal Batra. Kargil Vijay Diwas is celebrated to mark the anniversary of the victory of the Indian army in the Kargil War in 1999.

This day is extremely moving for me. We started this journey five years ago with Vishal Batra ji. This is my first film where I portrayed the life of a real hero. Shershaah was a bigger experience than a movie, Malhotra said at the film’s trailer launch, according to PTI. The cast and producers traveled to Kargil to unveil the trailer.

I want to thank the Indian army. This story is about real real life heroes like you. And I consider myself lucky to have been able to play it, added Malhotra.

The film, which will be released August 12 on Amazon Prime Video, also stars actress Kiara Advani as Dimple Cheema, fiance of Vikram Batras.

I am honored to represent a strong and inspiring woman like Dimple Cheema, because it made me understand the journey of unsung heroes, the women behind the men in the military. As we celebrate the valor of men in war, the sacrifices of women in the home often go unnoticed, the actress said at the launch of the trailer.

Bollywood superstar Akshay Kumar shared his love for the film and posted the action-packed trailer on his own social media, mentioning that he has the same birthday as Vikram Batra on September 9.

What tribute can a reel hero pay to a real hero. Except that your sacrifice has inspired us for life, Captain Vikram Batra, winner of the Param Vir Chakra award! Honored to share my birthday with you. Sharing the trailer for #Shershaah, the story of your heroic sacrifice, Kumar tweeted.

Shershash tells the real story of war hero Vikram Batra, who died during the war in 1999. He was posthumously awarded the highest wartime gallantry award, the Param Vir Chakra.

Honored to have participated in telling this incredible story of the brilliance and bravery of our war hero from Kargil, Captain Vikram Batra (PVC). Experience that thrill with the #ShershaahTrailer, now available! tweeted filmmaker Johar, who launched Malhotra in Bollywood with romcom Student of the Year 2012.