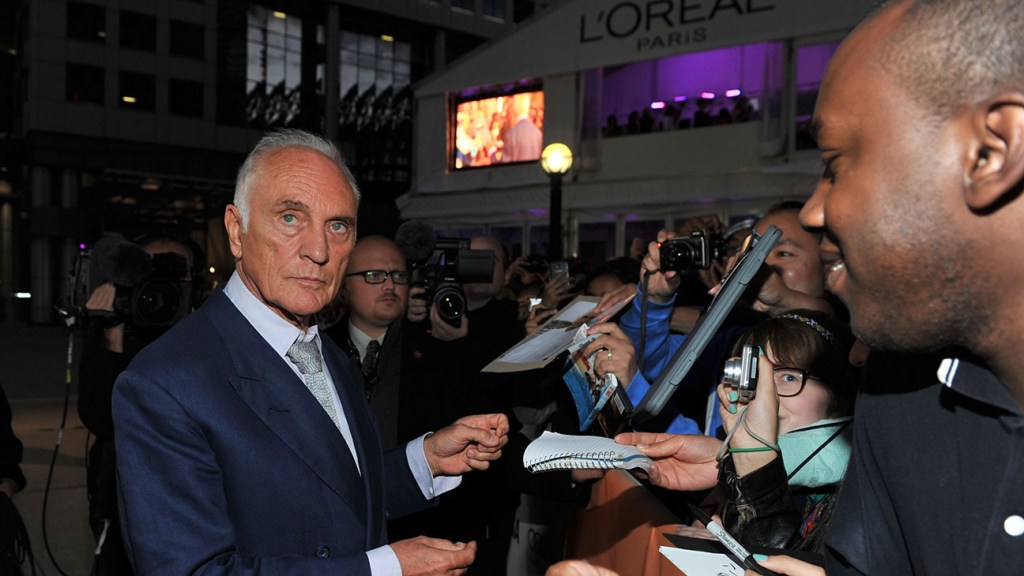 Terence Stamp managed to fulfill a long-held dream of singing onscreen when Song for Marion closed the 37th Toronto Film Festival in 2012 – and in doing so, he was able to put lingering regret behind him.

In the comedy-drama by Paul Andrew Williams, which was released by The Weinstein Co. in the United States under the title Unfinished song, Stamp, then 74, played a grumpy retiree who reluctantly agrees to participate in a choir of seniors performing pop hits. “I never sang in public,” Stamp confessed as he met reporters at that year’s festival (although he had proven himself to be a fan of lip-syncing as part of the drag. act of Priscilla in 1994, Queen of the desert). But, he recalls, in the 1960s, “I was begged publicly at a restaurant in Soho by [director] Josh Logan as he knelt down and begged me to play King Arthur in Camelot, and I was too scared. My main fear was to be rejected, which for a young actor is like the end of his career as a serious performer, you know? And so I refused it. “

The role in the movie version of the Broadway musical went to Richard Harris, and, Stamp continued, “I’ve always regretted it. I can’t really explain it. It’s something that has come back to me over the years. I thought, ‘My God, what a jerk I was for refusing King Arthur.’ So when Williams approached him about Song – as fate would have it, his character would be called Arthur and he would star alongside Vanessa Redgrave, who also titled Camelot – Stamp thought, “Well, his name is Arthur, Vanessa Redgrave plays the woman and I have to sing.” I cannot spit in the face of the universe a second time, even though I had great apprehension.

He didn’t need to worry. Stephanie Joyeux de The Washington Post said: “The formidably talented duo inject so much humanity into their characters that all of the other overly sentimental elements – even the title seems to belong to the Hallmark Channel – seem quite reasonable.”

Now Stamp just has to hope that Edgar Wright’s time-traveling psychological horror tale Last night in Soho – in which he will be seen at this year’s festival as part of a cast that includes other Swinging London icons like Rita Tushingham and the late Diana Rigg – does not trigger further flashbacks to this Soho reunion when he turned his back Camelot.

This story first appeared in the daily September 11 issue of The Hollywood Reporter at the Toronto International Film Festival.

Dont Make Me Over ‘Review – The Hollywood Reporter