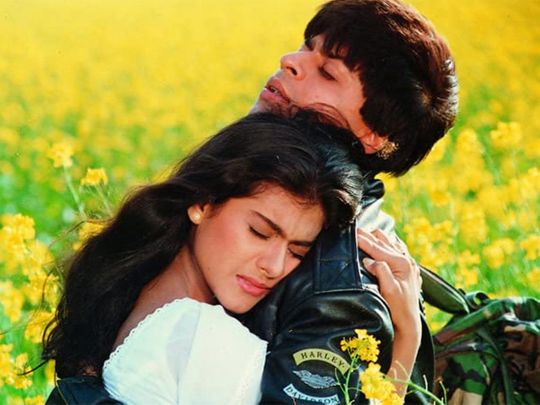 Take Hollywood, replace the first letter with B for the old nickname Bombay Mumbai and the center of Indian cinema and you have Bollywood, the world’s largest film producer.

Click start to play today’s Crossword, which tests your knowledge of the history of the Indian film industry.

The word Bollywood is said to have been coined in the 1970s by the author of a magazine gossip column. But Indian cinema has been around since 1913, during the silent film era, when the very first Indian feature film, Raja Harishchandra, was screened in front of a fascinated audience. After that there was no turning back.

In terms of numbers, India produces hundreds of films every year. According to a September 2014 article in the American business magazine Forbes, in 2012, Bollywood produced 1,602 films three times as many as Hollywood, which produced 476 in the same year. And while the Indian film industry presents films from its various states, in 20 languages, Hindi-based Bollywood is its largest sector. According to US financial news site Business Insider, Bollywood accounted for a third of movie tickets sold in India in 2020, or roughly 44% of net box office revenue!

The star of Aamir Khan 2016 Dangal is the highest grossing Bollywood film ever made with $ 311 million (1.1 billion dirhams). The biopic describes the efforts of Mahavir Singh Phogat, a former wrestler, who trains his daughters to become champions in the sport. In fact, one of her daughters became the first Indian female wrestler to win the Commonwealth Games, in 2010.

Some Bollywood films like the 1975 film about bandits and outlaws, Sholay, or the romantic saga of 1960 Mughal-e-Azam have become cult classics. Their costumes, songs, dialogues and characters are still remembered more than half a century later.

But sometimes the Indian people just can’t seem to let go of their old favorites. The 1995 cinema Dilwale Dulhania Le Jayenge (DDLJ) with beloved actor couple Shah Rukh Khan and Kajol has become the longest-running Hindi film of all time, with a historic 1,274 week broadcast at the Maratha Mandir Theater in Mumbai.

Whichever genre you prefer, Bollywood’s vast repository of movies may have something you enjoy.

Suhana Khan looks chic and laid back as she poses for an outdoor photoshoot in New York City. See the pictures | Bollywood