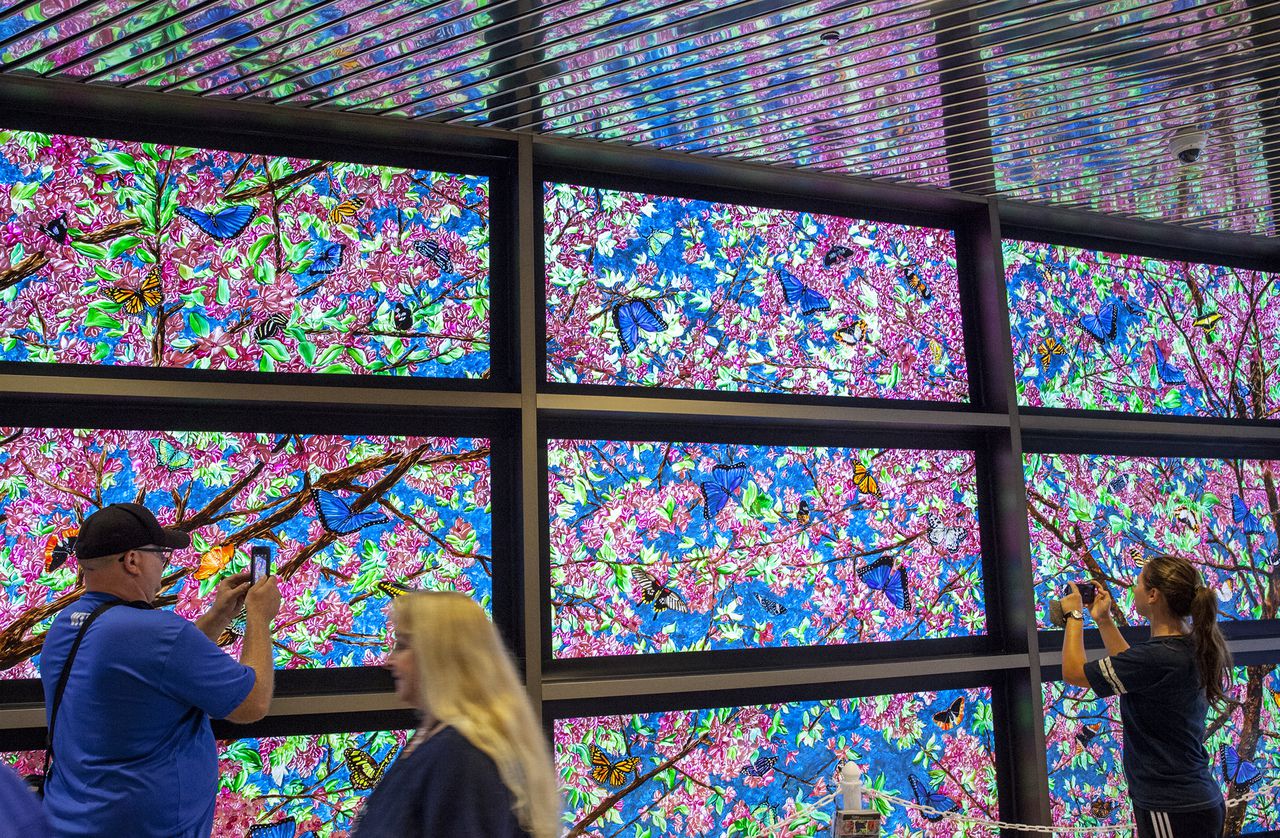 GRAND RAPIDS, MI After an absence of two years, in fact three years since its last traditional performance, ArtPrize returns to Grand Rapids this week.

While many things will seem familiar to residents who have attended in the past, big changes are on the way for ArtPrize 2021, which runs from September 16 to October 3. One major difference: the public vote, used since the start of the events to choose the grand prize winner, has been eliminated.

ArtPrize replaced it with a interactive treasure hunt style game, in which participants individually award cash prizes, ranging from $ 250 to $ 1,500, directly to the artists. This means that any artist, and not just the grand prize winners, has a chance to win a cash prize.

The idea behind this is what is the best way to put money back in the pockets of artists who have shed blood, sweat and tears to come in here and create their works of art, Craig said. Searer, executive director of ArtPrize, who was hired at the end of March. to lead the organization. And the best way to do that is to break it down into almost 500 individual monetary prizes and visitors award it.

This year’s event is expected to include 881 entries from 957 artists at 144 venues across the city.

The prize has been reduced in size because now, under the new approach, a multitude of artists can receive cash prizes rather than a few. Overall, ArtPrize will award around $ 250,000 in prizes, up from around $ 500,000 in 2018.

These 500 cash prizes, ranging from $ 250 to $ 1,500, will be hidden digitally inside QR codes, which can be scanned with a smartphone, at ArtPrize sites across town. Approximately 150 QR codes will be scattered throughout the event footprint, primarily in downtown Grand Rapids.

Once visitors scan a QR code, taking a picture of it using their smartphone, they find out if they have received a cash prize that can be awarded to any artist in the competition.

In addition to cash prizes, participants who scan QR codes can also receive a non-cash prize to be awarded to an artist. The non-cash awards consist of a range of categories, from Family Favorite Award to Monochrome Masterpiece Award, Searer said.

It’s just a good feedback mechanism for artists instead of just that thumbs-up or thumbs-down, he said, referring to the old public voting approach used by ArtPrize. There was really no interaction between the visitor and the artist to understand what the piece meant to them, how it made them feel, what thoughts were going through their brains as they looked at their pieces.

In 2018, in an effort to breathe new life into ArtPrize, the event organizers announced that they would be holding the event all the others, and that a new art exhibition dubbed Project 1 in its first year, 2019 would take place during the off-peak years.

ArtPrize was due to return in September 2020, but the event was canceled due to the ongoing COVID-19 pandemic.

ArtPrize is seen as a big economic boost for restaurants, hotels, and other businesses in downtown Grand Rapids. Event staff estimated that ArtPrize attracted 27,512 daily visitors in 2017, the latest year in which such estimates were provided.

The idea behind knocking out the top voters is to stay focused on a range of entries, not just a few, Searer said. It really has 800, almost a thousand admissions this year, down from just 20 or 30, he said.

We decided to take the majority of the money and put it in the prize pool so that more artists receive a share of that prize money, said Searer, who noted that ArtPrize also provided $ 200,000. in grants to help artists come to this year’s event.

Investigators pin the rupture of the Edenville dam on static liquefaction

Find out which Michigan public school districts have mask mandates