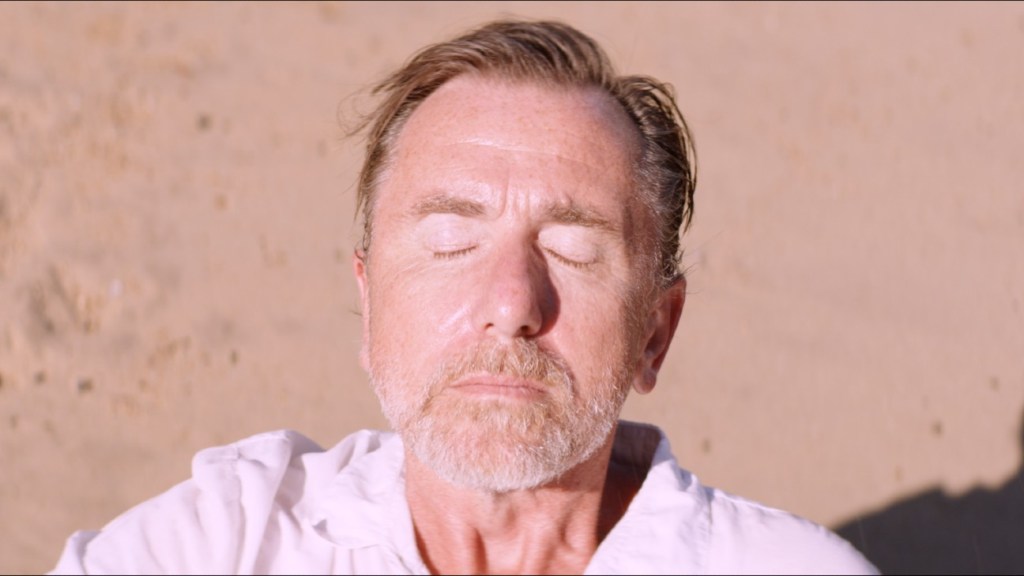 Sitting in the sun in the garden of a palace in Venice, Tim Roth looks far too relaxed for an actor who never seems to stop working.

He is there to talk about Michel Franco To sleep. The film, Roth’s second collaboration with the Mexican author after 2015 Chronic, follows Roth’s turn in Renny Harlin’s dirty actor The marginalized, which was published online in June, and Bergman Island, the drama directed by Mia Hansen-Love which premiered at Cannes in July and stars Roth and Vicky Krieps (The phantom thread).

The next step for Roth is The Jesuit, a drama by Alfonso Pineda Ulloa, based on a screenplay by Paul Schrader, and the Disney + series She-Hulk, which will see him reprise his role of Emily Blonsky, aka Abomination, which he first played in 2008 The Incredible Hulk.

In between all this, Roth took the time to talk to Hollywood journalistScott Roxborough’s European bureau chief explains why he “hardly ever watches” his own movies, his decision to return to the MCU, and how he put it together to play Neil in To sleep: a rich British man who, on vacation in Acapulco, decides to get away from his life.

Your character in To sleep decides to give up his life and his family. Is this something that you could relate to?

I can only understand Neil’s decision from a professional point of view. Sometimes it’s overwhelming and you think to yourself, “How nice would it be to quit?” because it can be crazy. But I don’t think I could ever do this to my family. I think I would be more considerate. Michael [Franco] was going through a rough time when he wrote the film. That’s why he asked Neil to do what he did. What I find particularly interesting is that everyone sees Neil differently. Some people think he is a sociopath. Others find it very funny.

With this film and with that of Mia Hansen-Love Bergman Island, which debuted at Cannes, you have two great arthouse films coming out back to back. But you also do a Marvel series [She-Hulk]. Do you have clear career goals where you want to go?

Not really. It’s a total mess. And, you know, I like it like that. I never know what’s coming. The only thing I think about is that there are films that pay the rent and take care of the life that I have. And pay for movies like this [Sundown], those I do for love. They can overlap, which is amazing. But no, I have to do things that will take care of the family and all that. And then I have time to play to do things for love. I don’t have a game plan. I don’t know what’s coming.

Your performance in To sleep is very sober and you have almost no dialogue. Was it particularly difficult to do?

Michel and I talked a lot about that, about the silent cinema aspect of the film, and I’m a big fan of it. One thing we talked about was trying to take the performance out of the character. Don’t let me get in the way of the character, I’ve been laid bare. Sometimes a movie requires great performance. But with this one, it was really about stripping it as much as possible so that the audience would look at it and say, “Is this real?”

Honestly, I thought I was going to get kicked out of this movie. My performance was so over the top and so different from everyone on the movie, I thought they were going to kick me out.

Neil is the heir to an immense slaughterhouse fortune. Where did this idea come from?

Well, what we were talking about, the idea of ​​someone coming out of wealth and power and leaving it all. I remember we were looking at families like the Murdochs or, you know, obvious things like that.

But then I was on a trip with my boys across America and we went through New Mexico and there was that horrible smell. We drove a few more miles and suddenly on either side of the road were these huge pens full of cattle: just crammed together, with slaughterhouses on one side and this huge animal killing machine to process them.

I thought it would be an amazing thing if this was their business, that this is how they make their money, that this is Neil’s legacy. I don’t know if it works in the movie, I haven’t seen it yet, but it just just drove through this horrible machine.

You’ve had movies that work amazingly well with audiences and critics, but also movies that just got ripped – like [2014 Cannes Festival Opener] Grace of Monaco. Do you mind that a movie doesn’t land the way you hoped it would?

I don’t watch my own movies. I tend not to. Michel’s films are an exception. But for me, once the shooting is finished, it’s not my movie anymore. I did my part. It’s up to the director and editor to work with. And for the public and the critics to judge it. … It saddens me when a movie hasn’t landed as we hoped, and all the passion of the filmmakers is simply dismissed in the blink of an eye. What’s interesting is that when that happens the dust settles and you move on, and the movie quietly returns and has its own existence again. But I don’t think it’s particularly healthy to be obsessed with it as an actor. I just do my job and then it’s up to you guys [the press] make your own.

I have to ask questions about She-Hulk. Why did you want to return to the Marvel Cinematic Universe?

I did The Incredible Hulk [playing Emil Blonsky, aka Abomination] years ago, just because I thought my kids would be embarrassed about it. I did it for them and really enjoyed doing it. So when they came to see me and said, “We are adapting the She-Hulk thing. Can you come back as a character again? I was like, of course. It should be fun. I was very surprised because it was difficult at the beginning. It wasn’t until Mark Ruffalo walked in to film his stuff [reprising his role as Bruce Banner] that I went: “Oh, that’s how you do it! With a sense of humor!

Memorial service scheduled for Greg Mudge on Sunday in Corktown