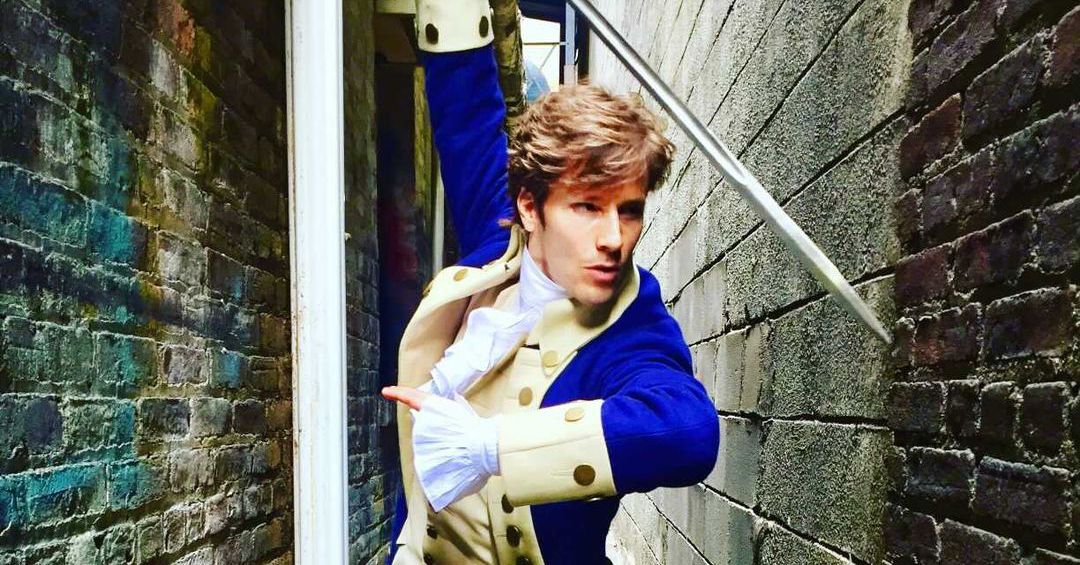 Thayne Jasperson knew there was a possibility that Broadway could go down.

Behind the scenes, the actor who played Samuel Seabury for seven years in Hamilton heard rumors about how the COVID-19 outbreak could potentially lead to theater closings.

What if this was our last show for a bit? he remembered another cast member asking at one point.

With that question in mind, Jasperson began his performance on March 11, 2020, with a little more enthusiasm, not quite sure when the curtains would close or for how long.

I really felt the energy was high. It was exciting, he recalls. In my head, I was like, a weekend off! Great! So I was really going with a punch.

But, of course, the break would last much longer than a weekend.

In short, it has been a year and a half since Jasperson performed on Broadway.

Over the past month, the singer, who grew up in Utah, has been preparing for the reopening of Broadway in Hamilton on September 14. He spent the last week rehearsing at the Richard Rodgers Theater, where the crew and cast honed the techniques. things like stage lighting and going through the entire production to see what needs to be fixed.

Jasperson has been with Hamilton from the start, he’s the only original actor left in the Broadway production. But coming back to rehearsals, he was surprised at how much he had to relearn, little details like where to stand on stage or the various quirks of his characters.

At the same time, however, his entry into the theater brought him back to that last pre-pandemic performance. He felt at home.

were just back; that seems normal, Jasperson recently told Deseret News during a rehearsal break at the theater. There’s a part that almost feels like we haven’t even left.

But Jasperson is gone. During the pandemic, he left his Manhattan apartment and returned to his roots in Utah, where what started as a time of uncertainty will eventually become a major creative period in his life.

Jasperson’s mind raced with questions at the start of the shutdown: How would he stay afloat financially? Would he be able to maintain and use his skills during this time?

The actor, who grew up in Springville, ended up leaving the bustle of New York City to stay with his family in Mapleton. He admired the mountain views daily and loved waking up to the sound of his parents’ rooster every morning.

It was in this more relaxed setting that Jasperson began to get creative. He started teaching musical theater classes online. He honed his piano skills and worked on choreography development (he participated in So You Think You Can Dance in 2008). Eventually, he started hosting concerts online and, when venues started to open, solo performances in person, which he never thought he would do.

It was such a scary thought for me before the pandemic, but during the pandemic I suddenly became brave to do things like this, he said. I have found that sometimes you have to give yourself more luck. We don’t always allow ourselves the best chance. There’s always more growth than we can have, and I think a lot of times it takes something like a pandemic to get us to do that, which is kind of crazy.

I still have plenty of room, but I love it and want to do more.

Meanwhile, Hamilton was also released on Disney +, bringing the hugely popular musical to an even wider audience. Jasperson hasn’t watched it much, he considers himself his worst critic, but he believes the show has reached such an important platform several years after its Broadway debut is testament to its enduring popularity.

I knew it would be something really special, but no one could have known it would explode at that amount, said the actor, who has been with Hamilton since the show began workshops in 2014. That’s so cool that we have this timeless thing that will be forever captured by the original cast of the people who were involved in creating this wonderful show.

With the release of Disney +, even more people will likely be interested in seeing Hamilton on Broadway.

Since returning to New York City last month, Jaspersons’ days have been long, filled with meetings on COVID-19 security protocols and endless rehearsals that go on until 9:30 p.m.

I usually come home and I’m exhausted, then I just want to eat something, so I usually go looking for chocolate, he laughs.

The role of Jasperson as Samuel Seabury, an American episcopal bishop and rival of Alexander Hamilton, pleases the crowd. Throughout the song Farmer Refuted, Seabury repeatedly attempts to proclaim, Pay no attention to the revolution-screaming scum, they don’t have your best interests at heart only to be repeatedly interrupted by Hamilton, who declares, My dog ​​speaks more eloquently than you.

It’s Jasperson’s greatest moment in Hamilton, but it’s not the moment he’s most excited about in the show’s first performances.

Instead, he looks forward to the first few moments of the show, when the instruments kick in with Alexander Hamilton’s opening beats.

I just know the audience is going to roar, he said. It’s going to be so much fun and energetic.

After a year and a half without playing Hamilton on Broadway, Jasperson said the pandemic inspired him to approach every show with the same state of mind he had during that performance on March 11, 2020. He’s more than never aware that no performance is guaranteed.

It gives you an idea of ​​where the situation is now and what we have been able to do now, he said. You never know if this will be your last show or the last time you go on stage, so you have to live every moment as if it’s your last and perform every show as if it’s your last. It gave me a drive to try and do better.

‘Generation’ canceled after one season on HBO Max – The Hollywood Reporter