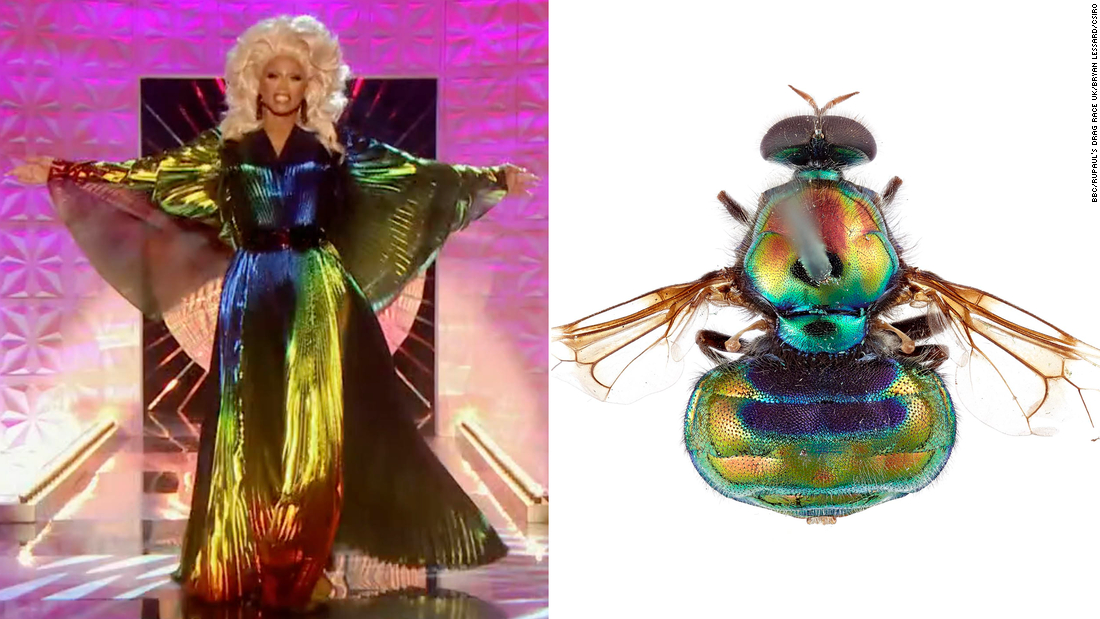 The soldier fly, whose Latin name is Opaluma rupaul, is adorned with bold rainbow colors and is sure to grab the attention of anyone who meets it, much like the drag icon itself. same.

Bryan Lessard – also known as “Bry the Fly Guy” in scientific circles – of the Australian Commonwealth Scientific and Industrial Research Organization (CSIRO), is responsible for the name of the species and he says he there were a myriad of reasons he chose the nickname.

“I had watched a lot of ‘RuPaul’s Drag Race’ when I was examining the specimen under the microscope, so it was on my mind!” Lessard told CNN. “And I really wanted to give this group of flies a memorable name because it needs attention – the first specimen of this RuPaul fly was collected over a hundred years ago and was neglected in a museum collection until that someone with knowledge of this group has come to name and document them.

Many of the 13 new soldier flies named by Lessard are from areas affected by the devastating 2019-2020 Australian bushfires – which is part of why he wanted to give at least one a name that no one else would not forget.

“These species would have burned down and no one would have cared if I hadn’t given them a name,” Lessard said.

RuPaul fly is just one of 150 new species named by CSIRO recently – and he’s not the only one named after a pop culture figure.

And, 10 years ago, Lessard gave the name of another popular culture giant to another fly. He named the fly Scaptia beyonceae after the “queen bee” herself – Beyonc – in a move which he said was deemed “in bad taste” by some more mainstream entomologists, but which has led to a increased interest in the species.

Lessard says that one of the reasons CSIRO gives catchy names to insect species is to encourage greater public interest in invertebrates and to highlight the important role they play in biodiversity.

“Usually, it’s the cute, cuddly koalas that get all the attention when it comes to conservation efforts,” Lessard explained. “And invertebrates are ignored – despite the fact that they are essential ecosystem workers that pollinate the native flowers and agricultural crops that are cultivated to give us food. If we didn’t have this invertebrate service. , the world would be a horrible place. “

Beyond inspiring greater interest in invertebrates and encouraging the next generation of entomologists and scientists to research new species, Lessard also hopes that naming the soldier fly after an LGBTQ + icon like RuPaul will let LGBTQ + youth know that there are other gay scientists and that there is a place for them in the world of science.

“As a gay scientist, it took me a long time to feel comfortable in my own skin in a very traditional field of science – entomology,” Lessard said. “I think it’s really important for the next generation of LGBTQ + scientists to know that they are represented in the workplace, because we are giving the names of community legends to memorable species.”