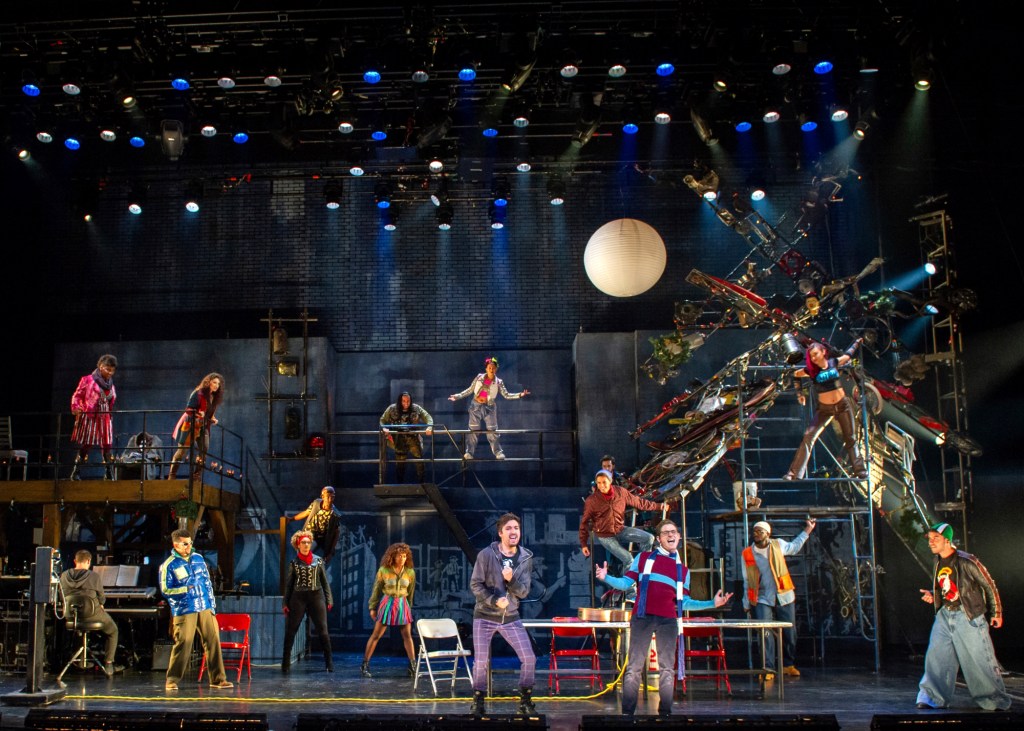 When Alan Lichtenstein flew to New York City on March 12, 2020 to attend Broadway shows, all was well in the world of Fisher Theater and Broadway in Detroit.

“Fiddler on the Roof” had just opened, with a full list of other shows scheduled. The 2020-21 season had been announced, starting, unusually, with a few summer runs. If all went according to plan, it would be the busiest year for the company.

This was, of course, the week the COVID-19 closures started. So all plans failed, and planning and reprogramming for the future became a particularly unstable version of Jenga.

“Everything was in the air, changing from day to day,” says Lichtenstein, executive director of BiD. “We would put shows on the schedule without being sure they could happen, and then we would find places to put on other shows. It was constantly changing, incredibly complicated. We had to take three years of programming and squeeze them into the next two years.

The good news, however, is that the shows will happen again.

Following other organizations in the metro area (the Meadow Brook Theater, Stagecrafters and others), BiD returns to theatrical action on Tuesday, October 19, with the return of “Rent” on its 25th anniversary tour. Ten BiD shows are on the program at Fisher, Detroit Opera House and Music Hall Center, with staples such as “The Lion King” and “Jersey Boys” and newcomers on tour like “Pretty Woman”, “Hadestown” and , next August, “Isn’t that too proud of the life and times of temptations.”

The season also finds BiD under a new owner. Earlier this year, the Nederlander Company sold BiD and the Fisher to the Ambassador Theater Group (ATG), a UK subsidiary of International Entertainment Holdings Ltd., which owns and operates 50 theaters in the UK, US and in Germany and presents more than 12,000 live performances. every year. Jamie Budgett, the company’s new deputy general manager, said ATG views Detroit as a premium addition and is eager to revive operations which actually started with an Oct. 1 concert by jazz bassist Stanley Clarke at the Fisher.

“Detroit and San Francisco (where ATG also bought) are two brilliant cities rich in culture and with a great theatrical history,” says Budgett, who moved to Detroit from London in July. “It was too good an opportunity to miss, really.”

Lichtenstein, meanwhile, jokes that “it’s nice to have someone here that I haven’t worked with for 30 or 40 years”, but adds that the new owner “puts a whole new energy in it. the place. (ATG) has 25 theaters in England, (London) West End and across the country, and they do a lot of (shows) as well. They’re probably going to get some products to market faster than they used to be, so that feels really good. Everything is going well. “

The ATG changes will initially be modest improvements in food service, for example, including what Lichtenstein calls “more sophisticated cocktails”, in real glasses rather than the famous Fisher’s tumblers. Other areas are in progress. Joseph Nederlander Lounge will become ATG Lounge, while Spotlight Hall plans await necessary repairs after summer flooding damaged several parts of the site.

“There has been a tremendous amount of work behind the scenes to make sure that everything runs smoothly and that we are able to open up who we are,” Budgett said. The pandemic shutdown “lasted so much longer than I think anyone had anticipated from the start,” he adds, “so there was a lot of agility and flexibility and to keep planning and to make sure that when we were ready to open we had everything in place all the big shows ready to go, everything else that goes with setting up and running the building.

“It has been a difficult time, but we are very happy to finally be back. “

BiD will follow the Broadway model for COVID protocols, with proof of vaccination or recent negative tests and masks required from all clients. Actors, teams, and employees will operate under similar restrictions, including vaccine requirements and testing during each show.

“That’s what they do in Chicago, San Francisco, New Orleans. It works everywhere else; I don’t see why that wouldn’t work for us, ”Lichtenstein says, noting that recent cases of breakthroughs in the“ Aladdin ”company on Broadway, which have forced some shows to be canceled, have attracted the attention of the whole crowd. theatrical community.

“We don’t need someone to catch COVID and stop the show. We don’t want that to happen. We want everyone to feel as safe as possible. For every (customer) who complains, 20 are happy that we do.

As things fall into place for the reopening, content and the future are top priorities for BiD. Lichtenstein is already formulating a line-up for 2022-2023, which will mark the company’s 60th anniversary, including “Dear Evan Hansen”, “Mean Girls”, “The Band’s Visit”, possibly “Jagged Little Pill” and the return of favorites such as “Hamilton”, “Les Miserables”, “The Phantom of the Opera” and “Wicked”.

“We’re going to be very busy for the next couple of years,” he says. “Some shows have disappeared, others have come back to life. I told everyone we were going to be exhausted.

Budgett, meanwhile, said ATG plans to create “a kind of diverse program portfolio” that goes beyond Broadway touring shows to include live music, comedy, guest speakers, podcasts in. direct and more. Clarke’s concert was indicative of this, as was the one-night “Hip Hop Nutcracker” on December 5th at the Opera.

“We want to bring a whole range of interesting and diverse content to the theater, just like we do in our other venues,” Budgett said. “It won’t be in place of the Broadway season, but more. We would like to see what else we can do besides that and have all the audiences come to us.

“After so many months of being locked away, we think there is a hunger to go out and see things and experience things again, and we would like to be where people come for that.”