Chhorii marks some firsts for Nushrratt Bharuccha. Not only is this the first film in her career to date that revolves completely around her, but it is the first time that she will be seen in a pregnant avatar. The actress is proud to be a part of the film, which is released today on Amazon Prime Video. Chhorii is not only a dread festival, but there is also an important social message attached to it. In a conversation with BT, Nushrratt talks about the evolution of the horror genre in Bollywood and the importance of making films that entertain audiences, with a purpose that goes beyond.
Extracts:

Chhorii revolves completely around your character. Were you confident that you would make a movie that rests entirely on your shoulders?


I have always believed that a film does not rest on the shoulders of an actor. It is a joint effort of several creative minds, including producers, writers, directors and actors, among others, and their vision. I don’t think I can ever say that this movie is mine. This is our cinema. The responsibility and the pressure to make a film is shared equally, and that’s why that doesn’t stress me at all. The original movie, Lapachhapi (2017), worked really well, and so we had that kind of confidence and faith in the subject matter. Whereas it is headed by Vishal Furia, who headed the

original, too, added to that. When the movie came to me, I connected to the larger thought of the story and wanted to get the word out by becoming a part of it.

Today, horror films like Chhorii carry important messages. However, there was a phase where the genre was tapped into with titillating sequences in the narrative. How do you see the evolution of this genre in Bollywood over a period of time?

This has definitely changed, and this change was necessary. There was a certain time and space for this kind of horror movie, but it’s over now. If you don’t have a new story and a new way to present it, it won’t work. I don’t think today’s filmmakers want to do something like that anymore. Likewise, I don’t think actors want to star in such films. Plus, the audience won’t want to watch them. Not just cinema, our minds are changing too. Today, a social message is also conveyed through a comedy film. I think that’s the real power of cinema to influence people for something good. That aside, yes, the genre in Bollywood has certainly gone through some sort of shift in recent years. When my friends and I would sit in a dark room and watch international horror movies, especially Japanese and Korean movies, I always wondered why we didn’t have such content. Fortunately, that has changed over the past few years and we have been able to come up with pure horror or horror comedies that have hooked our audiences. 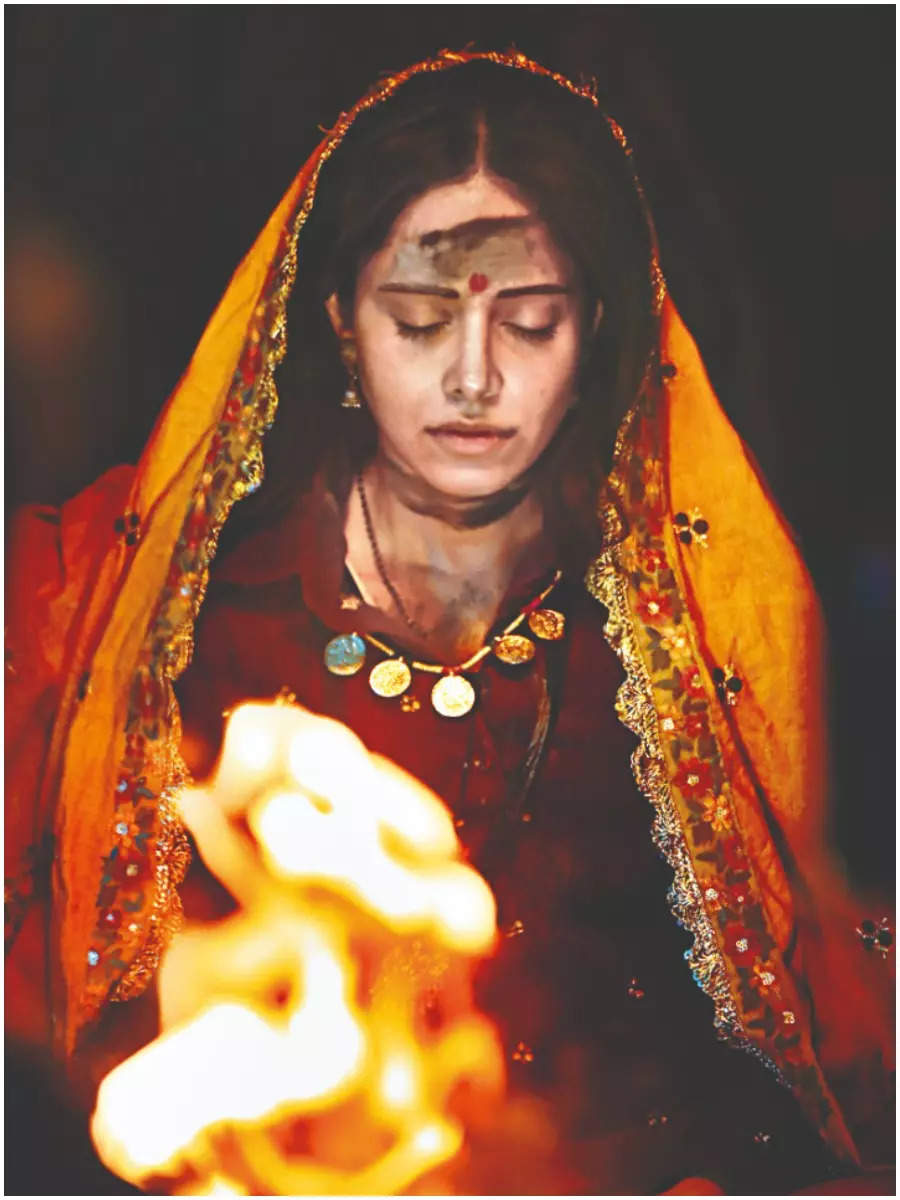 
I spoke to many mothers to understand the role, but the advice of a friend of mine who had just given birth was helpful. I was surprised to know that despite being pregnant, she used to go for a run. I used his contributions to describe my role as I had to run and even climb very high stairs. We shot the film on a schedule from start to finish in a haveli in Bhopal. Being out of touch with my life in Mumbai, while staying in this isolated city while filming, helped me in a way. It felt like self-isolation and helped me be in my character’s space throughout. Being with the film crew all the time has helped me to be in this mental space during those 28 days. Other than when I was sleeping, there was no time when I wasn’t Sakshi (her character in the movie). When I got home I couldn’t take any new photos or meet anyone for the next two months. I was at home trying to be myself again, leaving one emotion after another behind me. I don’t like to be short of emotions, and this time with a project like this it took a while. Plus, I could suddenly feel the extra weight on my stomach (fake stomach).

In a previous interview, you mentioned that you hoped the filmmakers would see you in a different light, given that early in your career you played glamorous roles in quick succession. With films like Dream Girl, Chhalaang and now Chhorii, do you think the filmmakers’ perception of you is changing?

I think over time I stopped thinking that way. I don’t know what triggered this change, but it doesn’t bother me anymore. Whether the filmmakers accept me with open arms or not, I do what I do and I love it. For the filmmakers, saying that they want to involve me in their projects is something very important, and I appreciate that. I am grateful to them because they had the vision to see me in their film. It’s great to have someone who trusts you, and I’ll make sure I give it 100 percent. I wouldn’t mind playing similar roles over and over again. What would bother me is if people would ask me: Why do you make films of the same genre? I won’t have an answer to that. Maybe I do them because filmmakers like to throw me in and audiences like to watch me in similar roles.