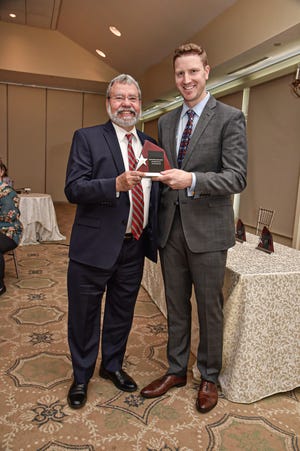 The holiday season is here again, and not only is the coronavirus still with us, but it’s in Massachusetts once again.

If recent trends continue after many people gathered indoors with friends and family for Thanksgiving, Gov. Charlie Baker’s pandemic management strategies and public health messages could once again be updated. the ordeal almost two years after COVID-19 first emerged.

Over the past month, the daily average of new cases in Massachusetts has increased by more than 67%, the state’s positive test rate has roughly doubled, and the average number of hospitalized COVID-19 patients has increased by 23.5%.

According to Wednesday’s update from the state’s Department of Public Health, 764 people have been hospitalized with COVID-19 in Massachusetts, more than on any day since March 1. The Baker administration has ordered hospitals that did not have at least 15% of available capacity to start cutting back on elective procedures from next week as COVID-19-related hospitalizations increase and hospitals grapple with a shortage of workers.

“Our hospitals are full. All hospitals are full,” said Dr Shira Doron of Tufts Medical Center during a weekly segment on NBC10 Boston recorded before the Baker administration’s announcement. “Hospitals are already doing some really terrible things like postponing and canceling elective surgery now in Massachusetts and so, you know, we can’t afford an increase in cases of COVID. Or the flu, for that matter. “

The Massachusetts Republican State Committee meets Tuesday night at the Apex Entertainment Center in Marlborough as the party addresses issues on multiple fronts with statewide elections less than a year away.

The tentacles of this investigation extend to the State House involved, this is how Senator Ryan Fattman, R-Sutton, donated to MassGOP just before the party spent any money almost identical in supporting his wife’s campaign for her re-election as probate registry. in County Worcester.

U.S. Rep. Katherine Clark, D-Mass., Whose 5th Congressional District includes much of MetroWest, plans to move on to a new life at Revere.

She and her husband raised their children in Melrose, where Clark lived while serving in the Massachusetts House and Senate.

“Melrose has been a wonderful home for over 20 years. This is where my husband and I raised our children and where I began my service as an elected official,” said Clark, Deputy Speaker of the House. from the United States, in a statement. “With my kids in college and their own careers, we decided to move to Revere. While Melrose will always be a very special place to us, I’m delighted to call another amazing town in the Fifth District.”

After losing to Republican State Senator Richard Tisei in 2004, Clark won the Massachusetts House elections in 2008 and the State Senate in 2010. In 2013, she emerged from a Democratic primary field. overcrowded who understood the senses. Karen Spilka and Will Brownsberger to win the US House seat that Ed Markey relinquished after winning the US Senate election.

The Boston Globe reported that Clark’s five-bedroom home in Melrose was on sale for $ 2.1 million.

Two weeks after unanimously confirming that Milford’s attorney, Pacifico DeCapua, would become a district court judge, the Governor’s Council will hold a hearing on another local candidate.

Attorney Christine Anthony, whose Northborough office specializes in family law, has been appointed by Baker to sit as a judge in Estates and Family Court. His hearing was set for 1 p.m. Wednesday.

When Stephen Brewer decided to call it a political career in 2014, the Democrat at Barre said he was eager to learn how to play the banjo on his own.

Brewer, who had just emerged a loser from a battle to become the next Senate Speaker, was 65, the same age as Governor Charlie Baker is now and ready to write his next chapter.

Fast forward over seven years, and there was Baker this week, admiring the selection of guitars at Needham Music, where he was promoting the importance of shopping locally this holiday season.

“I’ve always said that if I ever retire, I want to learn how to play bass,” Baker remarked.

Whether it ends in choice, by force, or not at all in 2022, Baker’s political future is the hottest question on Beacon Hill. No matter who you ask, chances are they have a strong opinion, and not always the same. Northwind Strategies and Change Research went so far as to probe Baker’s chances of dropping out of the Republican Party and running as an independent, an option the governor rejected.

“I don’t think he’s showing up, and I’m afraid it will slow down a lot over the next year or so if there is an exodus from his cabinet,” a Democratic senator said this week.

It’s such a hot topic, in fact, that Baker doesn’t even want to touch it.

“I can’t believe you are asking me that question,” he told a reporter on Monday.

State Representative Carmine Gentile, D-Sudbury, was named Lawyer of the Year 2021 last week by the Home Care Alliance of Massachusetts, a not-for-profit professional association of home care agencies with more than of 180 members from across the Commonwealth.

Gentile was recognized for his leadership in efforts to reform the reimbursement process for home care agencies, increase wages for home care workers, and improve the quality of care for clients who depend on the services of the home care provider. State, according to the Alliance.

“Some lawmakers’ get it,” said Jake Krilovich, Alliance’s legislative and public affairs director. “They understand that these services are essential to keeping people safe at home. They understand that home care providers would do. anything, and do everything, to pay these workers as much as possible for this hard work. And they understand that even if the state doesn’t make these investments today, pay them later, then some later .

“Representative Carmine Gentile is a legislator who understands.

At this time of year my phone was ringing nonstop with volunteers from businesses, churches and civic clubs wanting to stand up and help us. Here it was a whole different story, and I really wondered why that was the case. Captain Kevin Polito, who heads Salvation Army headquarters on Congress Street in Milford, comments on the shortage of volunteers this holiday season.

“The challenger, she got the opportunity for a recount. The incumbent has their ability to request a hearing and challenge that. What’s good for one is good for the other.” Framingham District 5 Councilor Robert Case objected to setting a date for a special election in District 3 after a recount found that both candidates, incumbent Afdam Steiner and challenger Mary Kate Feeney, were tied with 997 votes each. The council voted 5-4 Tuesday night to set a special election for Dec. 28.

Contributors to the Political Notebook this week include Deputy Director of Multimedia Dan O’Brien and the State House News Service.

Inside Yami Gautam’s birthday festivities. Sister Surilie wished her like that