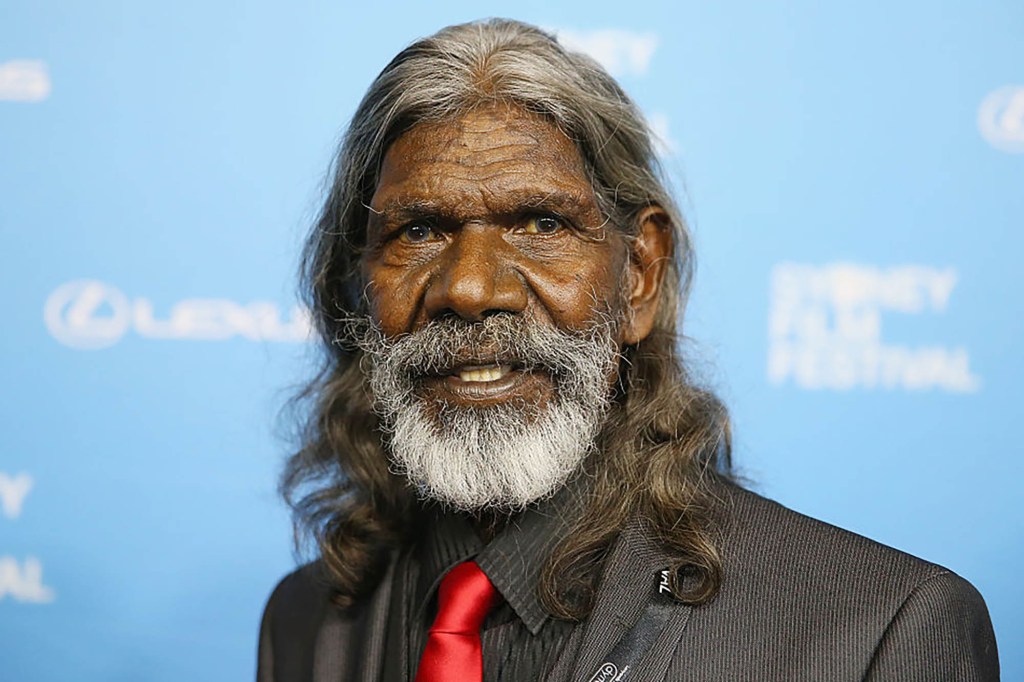 The death of the award-winning actor was announced Monday via a press release by Prime Minister of South Australia Steven Marshall: It is with deep sadness that I share with the people of South Australia the passing of an iconic artist of a generation who shaped the history of Australian cinema and on-screen Aboriginal representation David Gulpilil Ridjimiraril Dalaithngu (AM). “

Born July 1, 1953, Gulpilil grew up in the bush and never went to school. He often said that he learned English by listening.

That’s all I know, dance, sing, spear and chase it recalled in a 2015 interview, according to the Hollywood Reporter. My father gave me a spear and told me to come back, the spear is life.

It was discovered at age 16 when British author filmmaker Nicholas Roeg spotted him performing a traditional ceremonial dance and chose him in 1971’s “Walkabout”. The cult hit told the story of two town-raised siblings stranded in the outback, where they learn to survive with the help of an Aboriginal boy during his ritual “ride” separation from his tribe.

He continued to make an indelible impression during Australia’s “New Wave” cinematic era with naturalistic performances in a trio of 1976 and 1977 films: “Mad Dog Morgan” opposite Dennis Hopper, the children’s classic ” Storm Boy “and the acclaimed Peter Weir film” The Last Wave “, starring Richard Chamberlain.

Gulpilil is perhaps best known to the general public for 1986’s “Crocodile Dundee”, the highest-grossing Australian film and a major blockbuster in the United States. He stole scenes as Neville Bell, a native Australian who met Paul Hogans Mick Dundee in the bush.

Its legendary line: When Bell tells reporter Sue Charlton (Linda Kozlowski) that she can’t take her picture, she replies: I’m sorry, do you think this will take your mind off?

No, ”Gulpilil’s Bell replies,“ You have the lens cap.

Less than a year after being crowned International Film Star, he was awarded the AM (Member of the Order of Australia) in the 1987 Queen’s Birthday Honors List for “Services to the Arts by the interpretation of aboriginal culture ”.

He won the nomination for Best Supporting Actor in 2002 at the Australian Academy of Cinema and Television Arts Awards for his performance as a tracker chasing three children who escape government-imposed bondage in Philip Noyces “Rabbit-Proof Fence “.

He later appeared alongside Hugh Jackman and Nicole Kidman in Baz Luhrmann’s epic 2008 flop “Australia”, before going through rough times and temporarily stepping off the cinematic radar.

After years of struggle and stint behind bars for aggravated assault, filmmaker Rolf de Heer visited Gulpilil in prison. Shocked by the living conditions of his former colleague, the director offered professional motivation to the actor upon his release.

This would result in what many consider his career role: Gulpilil won the Un Certain Regard award for best actor at the 2014 Cannes Film Festival for his haunting performance in ‘Charlie Country’ in 2013 which he co-wrote with de Heer and in which he played the role of an aging man wanting to retreat to his Indigenous cultural roots.

In July 2019, Gulpilil received the Lifetime Achievement Award from the National Aboriginal and Islander Day Observation Committee. He revealed in a pre-recorded message that he has been battling lung cancer since 2017.

Everyone, thank you for watching me never forget me while I’m here, he said at the time. I will never forget you. I will still remember you even though it won’t last forever. I will remember it again.

He is survived by his wife Miriam Ashley and his son Jamie Gulpilil. A new documentary about his life, “My name is Gulpilil”, premiered in September.