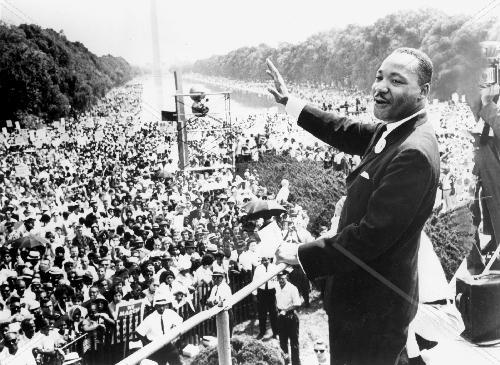 On Monday, most Hollywood workers will celebrate Martin Luther King Jr. Day as a paid holiday for the first time.

MLK Day, celebrated on the third Monday in January, has been a national holiday since 1986, but until now it was not a paid day off for many in the industry. This is still not provided for in most major union collective agreements.

The IATSE, which represents some 60,000 behind-the-scenes workers, won MLK Day as paid leave in its new film and television contract, which was ratified in November. IATSE President Matt Loeb said, “IATSE has led other entertainment industry unions and guilds in adding Martin Luther King, Jr. Day as a holiday in its contract – an achievement that , we hope, will be recognized by the entire industry.”

And just in time for the holidays, the Directors Guild of America said this week that it was “proud to announce the addition of Martin Luther King Jr. Day to the list of paid holidays in the Basic Agreement and the independent live and tape television agreement (for primetime drama makers and all associated directors and managers) – effective this holiday on January 17, 2022.” The guild noted that the day MLK “was previously added as a holiday in the National Trade Agreement and some network news and sports agreements.”

SAG-AFTRA does not have it in its basic Film and TV contract, but it is recognized as paid time off in its Netflix deal, voice acting deal, interactive media deal (video games/AR/ VR) and most newscast contracts.

The WGA Film and Television contract, which covers almost all of the work done by WGA West members, does not address paid time off because the salary is for a script, or weekly, or for an episode.

And now that IATSE has won MLK Day as a paid holiday, Hollywood Teamsters Local 399, which will resume contract negotiations next week with the Alliance of Motion Picture & Television Producers, will also receive it. . His current contract states that “Martin Luther King Day will be added as a holiday if the producers agree to negotiate with the Directors Guild of America, SAG-AFTRA or IATSE (in negotiations for Producer-IATSE Basic and West Coast Studio Agreements premises) to be added as an additional holiday.”

Members of Local 399 and other unions will participate in the MLK Kingdom Day Parade on Monday in downtown Los Angeles, where it kicks off at 11 a.m., appropriately, on Martin Luther King Jr. Boulevard. of this year’s parade is “Healing America”. On its website, Local 399 urges everyone to “join us this year’s MLK Day Kingdom Day Parade, where we will march through the streets together to the sound of ‘Happy King Day’ while celebrating Dr. Martin Luther King, Jr. and the work of #HollywoodTeamsters4MLKDay in the fight to recognize this important holiday in our television and feature agreements.

Born on January 15, 1929, King was assassinated on April 4, 1968 in Memphis after joining sanitation strikers in their call for better wages and working conditions.