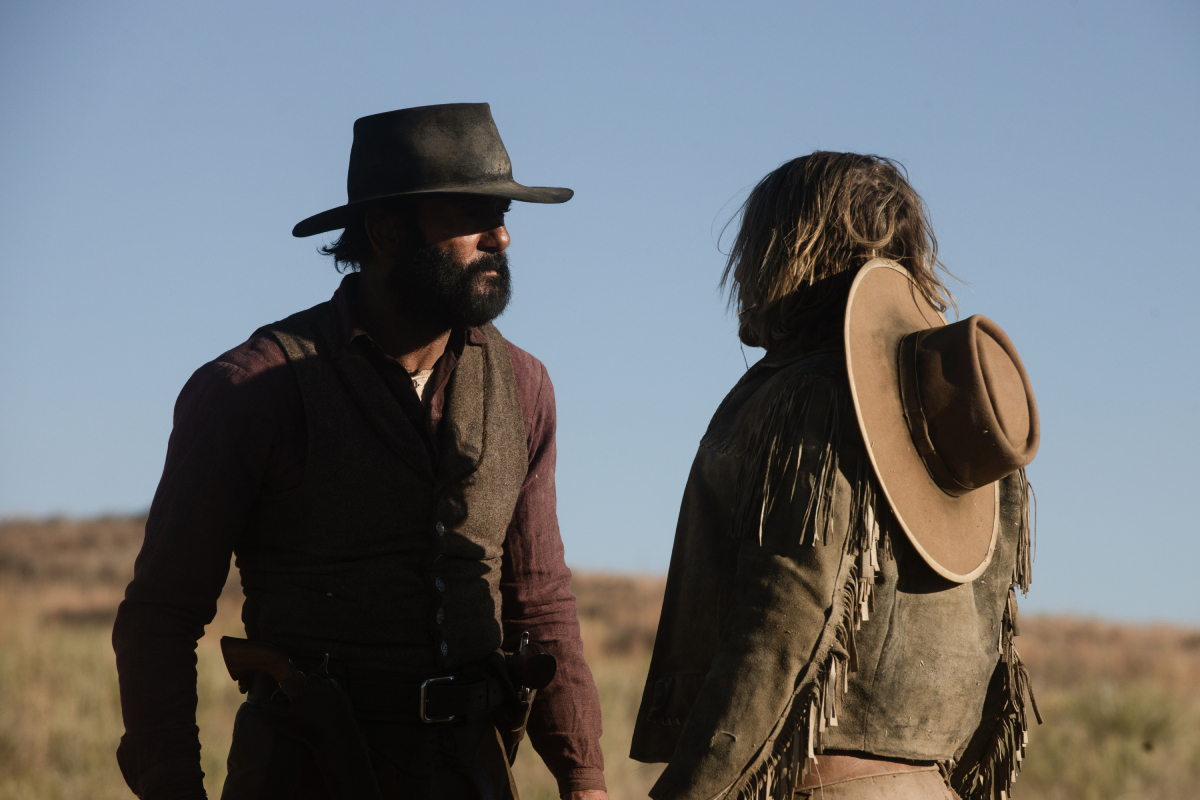 1883 has a cast full of exceptional talent. the Yellowstone the prequel features big names such as Tim McGraw, Faith Hill, and Sam Elliott. Eric Nelson joined the cast as Ennis, a young cowboy who falls in love with Elsa Dutton. McGraw stars as Elsa’s intimidating father, James, and according to Nelson, he could be quite intense on set.

[Warning: This article contains spoilers for1883Episode 5, The Fangs of Freedom.]

Nelson’s character, Ennis, is a cowboy who joins Shea Brennan’s band on their treacherous journey. Ennis noticed Elsa immediately and she was quick to flirt back. The pair end up kissing in episode 4. James gives Ennis his reluctant blessing to woo his daughter, though he warns him not to get “handy” with her.

Despite this, the young couple end up having sex in episode 5. James punches Ennis in the face, but Elsa stops his father in his attack. Ennis also confirms that he would help Elsa raise their child if she got pregnant. Things seemed to be going in the right direction for the couple until Ennis was shot and killed in a dispute with bandits.

Tim McGraw was an intimidating presence on the set of ‘1883’

McGraw was commissioned to portray an intimidating father and, according to Nelson, he delivered. The actor sat down with wide open country to discuss working with McGraw.

“He’s a lot more methodical than I expected him to be on some days, which lends itself to helping me stay in character,” Nelson said. “But there were times when I would catch him just staring at me when we weren’t even filming. He would just be across the room, like he was glaring at me, trying to intimidate me.

“Of course it worked every time,” Nelson continued. “So now I’m like, ‘oh my god, what’s he going to say or do?’ And then he’s like, ‘okay, let’s film this thing.’ And he’s, like, always very intense. Then at the end of the day, you know, he’ll drop the act and we’ll laugh about it and everything. But he’s kind of good at putting that fear of God in somebody with those eyes.

Although things heated up between Ennis and James, the characters had a heartbreaking moment of reconciliation. As Ennis lay dying of a gunshot wound, he tells James, “I loved him” and James replies, “I don’t doubt it, son.”

Eric Nelson talks about Ennis standing up to James

Even after James punches Ennis in the face, the young cowboy holds his own. He tells James that he will steal Elsa if he doesn’t let them be together. Nelson discussed this scene in an interview with tv guide. “This is such a pivotal moment in Ennis’ history,” he told the outlet.

“And we finally see that, you know, he doesn’t care what James thinks because he’s found the love of his life and will do whatever it takes to keep it and harvest it and explore it. So although, you know, it wasn’t the easiest thing to stand up to James Dutton, it was imperative for us to do it. And I think that also changed James’ perspective on Ennis.

New episodes of1883will be released on Sundays on Paramount+.

What Paul Hollywood Really Thinks About His Infamous GBBO Handshakes