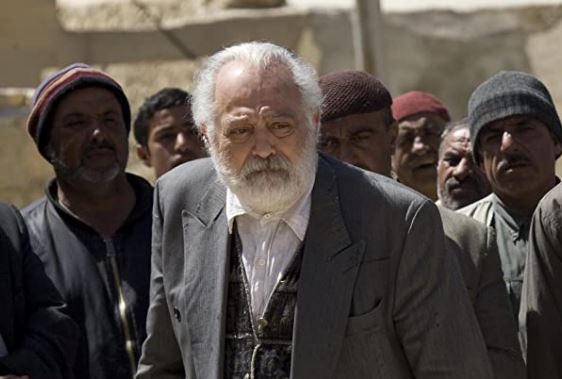 Vachik Mangassarian, a character actor with dozens of credits including Marvel’s Agents of SHIELD, curb your enthusiasm and functionality The Stoning of Soraya M., is dead. He was 78 years old.

His representatives at McCaffrey Talent Management told Deadline he died of complications from Covid on Saturday.

Born in Iran of Armenian descent in 1943, Mangassarian came to the United States in the mid-1960s, working in theater and occasionally returning to Iran, where he played roles in films including some by Iranian director Samuel Khachikian. He finally landed his first role in Hollywood in The southern shark (1978).

In the mid-80s, he began scoring guest shots on popular series such as The Fall Guy, The A-Team, Sledge Hammer! and The murder she wrote. Mangassarian would work steadily throughout the 2010s, guesting on shows such as Murphy Brown, Falcon Crest, Jake and the Fatman, NYPD Blue and I, as well as some TV movies.

Mangassarian landed a key role in Cyrus Nowrasteh’s 2008 film The Stoning of Soraya M., play the father of a young woman sentenced to death amid false charges. Starring Shohreh Aghdashloo and Jim Caviezel, the film won an NAACP Image Award, won awards at the Los Angeles and Ghent Film Festivals, and was nominated for the People’s Choice Award at the Toronto International Film Festival.

Mangassarian was also instrumental in securing the script for Items found in Armenia turned into a movie, which got a theatrical release in the United States in 2012. It starred Angela Sharafyan and Jamie Kennedy and it was the first time in the history of Armenian cinema that Armenian and American actors starred in the same feature film.

After that, the actor went on to land guest-starring roles on shows such as Marvel’s Agents of SHIELD, curb your enthusiasm and NCIS: Los Angeles. Mangassarian also anchored his own radio and later television show, The Armenian National Network for 10 years.

The Best Bollywood Superhero Movies That Improved The Genre