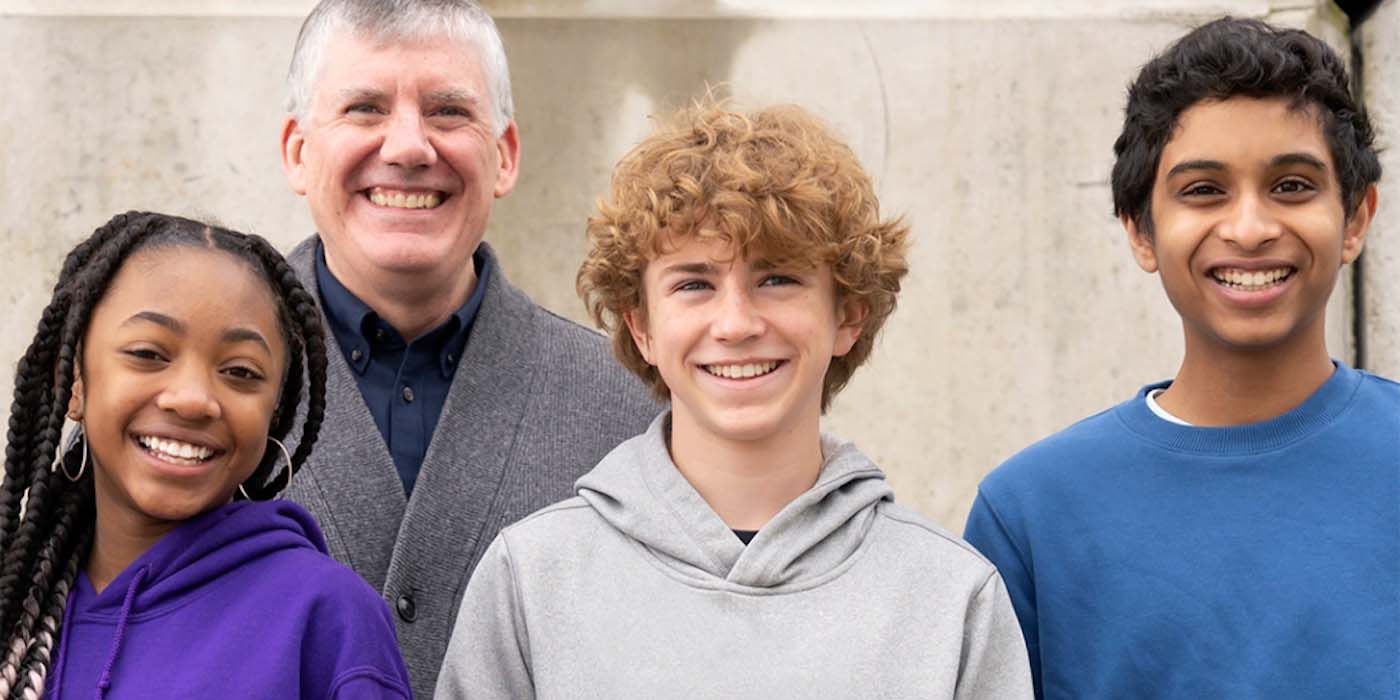 Percy Jackson and the Olympians Creator Rick Riordan has defended the casting of Leah Jeffries as Annabeth Chase in the upcoming Disney+ series based on his popular book series.

In a post on RickRiordan.com, the author responded directly to fans who criticized the casting of Jeffries based on his skin color. “If you have a problem with this casting, talk to me,” he wrote. “You have no one else to blame. Whatever you take away from this message, we should be able to agree that bullying and harassing a child online is inexcusably wrong. As strong as Leah is, As much as we’ve discussed the potential for this kind of backlash and the intense pressure this role will bring, the negative comments she’s received online are irrelevant. They need to stop. Now.” Riordan’s post also led to #LeahIsOurAnnabeth trending on Twitter.

RELATED: How Percy Jackson and the Olympians Rewrote the Medusa Myth

The author explained that he made it clear when open casting began in 2021 that the Percy Jackson the series would follow Disney’s corporate policy of committing to a diverse and inclusive cast. “You’re upset/disappointed/frustrated/angry that a black actor was cast to play a character who was portrayed as white in the books. ‘She doesn’t look like I always imagined,'” Riordan wrote. “I was clear, as a writer, that I was looking for the best actors to inhabit and bring to life the personalities of these characters, and physical appearance was secondary to me.”

Jeffries joined the cast of Percy Jackson in May as Annabeth Chase, the daughter of the Greek goddess of wisdom and war, Athena. Riordan noted that while most of the responses to Jeffries’ casting have “been overwhelmingly positive and joyful”, some fans have expressed disappointment that Annabeth is not white on the show and that the casting was done to ensure diversity. To those specific fans, Riordan remarked, “Leah [has spent] years of hard work to perfect his art, his talent, his tenacity, his concentration, his screen presence. You refuse to believe that his selection could have been based on merit. Without having seen her play the role, you pre-judged her (pre + judge = pre-judged) and decided that she must have been hired simply to fill a quota or tick a diversity box.”

Riordan added that he hopes fans change their minds once they see Jeffries play Annabeth on screen. “Leah brings so much energy and enthusiasm to this role, so much strength from Annabeth. She will be a role model for new generations of girls who will see in her the kind hero they want to be,” he said. he writes. “Once you see Leah as Annabeth, she will become exactly as you imagine Annabeth.”

In addition to Jeffries, Walker Scobell is set to play demigod Percy Jackson, while Aryan Simhadri completes the series’ core trio as satyr Grover Underwood. The first season of Percy Jackson will begin filming in June, with director James Bobin set to helm the pilot. Season 1 will consist of eight episodes and will adapt the first volume of the series, The Lightning Thiefwhich had already been released in 2010 as a feature film by 20th Century Studios.


Lee Freitag is a film and television reporter at CBR. Raised on the Canadian prairies, Lee enjoys spending time with friends and family and watching Back to the Future for what must be the hundredth time.

Arjun Kapoor toasts a decade in Bollywood with this dish