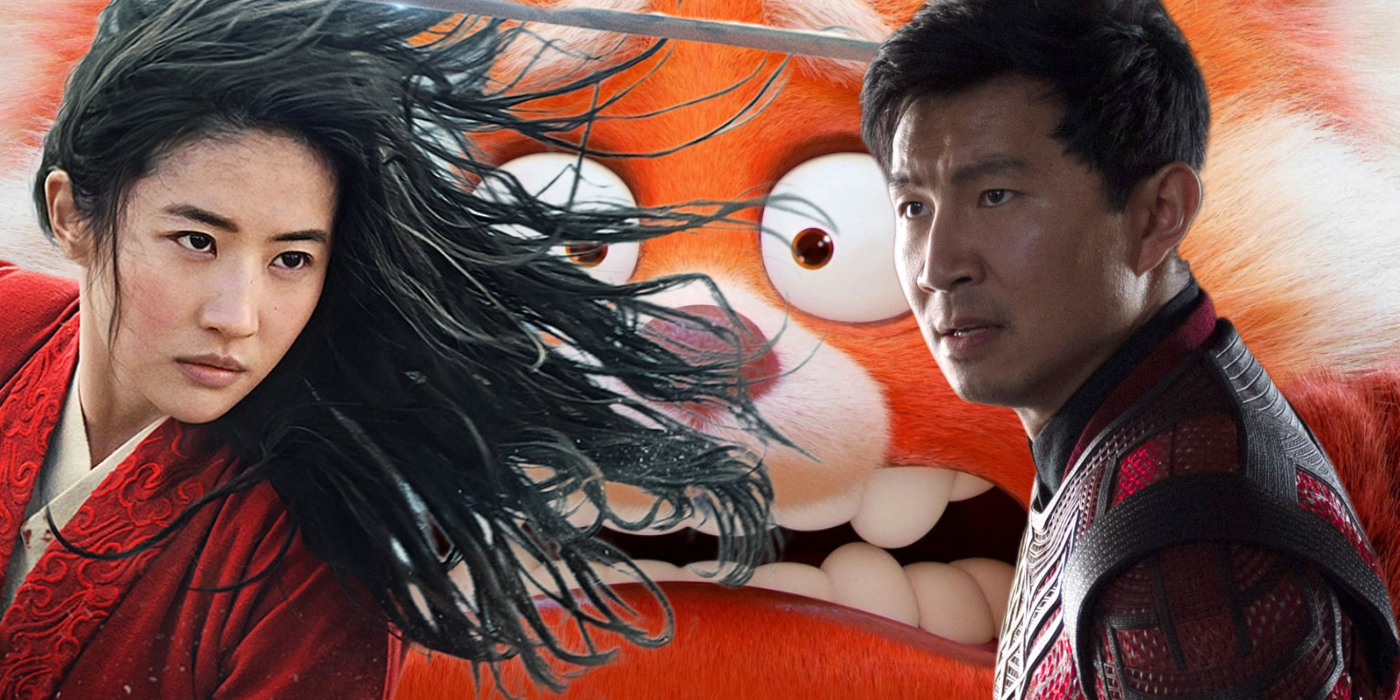 The past two years have been pivotal in terms of Hollywood’s relationship with China and the Chinese public. Huge cultural shifts wrought by an authoritarian government effectively ended the once-increasing focus studios placed on tailoring major blockbusters to the specifications and preferences of state censors.

While this should be a welcome change, it can have some pretty significant consequences that need to be considered. Namely, the continued representation of the Chinese people. It should be clarified at this point that there are a myriad of issues with respect to the representation, or lack thereof, of Asians in general, but Hollywood’s association with China has resulted in a rather unique situation for Chinese people. and the Chinese diaspora in particular.

Over the past decade, Chinese actors and studios have become more prominent in some of the biggest theatrical releases. At first, movies were released in Chinese theaters with minor changes or additions, as in the case of iron man 3, which had an entire scene shot specifically for Chinese theaters. It featured actor Fan Bingbing and was apparently added to one of the final scenes. Fan reappeared soon after, this time included in the cast of X-Men: Days of Future Pastin which she played Blink.

Prior to these films, Fan, one of China’s most famous actors, had not appeared in any major Hollywood projects until 2013, around the time Hollywood began looking for ways to circumvent the narrow quota that authorities Chinese had set for foreign films. Not only did casting Fan increase the appeal of a Hollywood film to Chinese audiences, but casting Chinese actors would turn some films into Chinese co-productions, allowing films such as X-Men: Days of Future Past be exempt from the quota.

Although not every project targeting Chinese audiences has been designated a Chinese co-production, Hollywood seemed to find that the inclusion of Chinese elements would give projects a greater chance of passing the censors, who are increasingly focusing more about instilling a sense of nationalism and promoting the image of China’s superiority, among others. Suddenly, throughout the 2010s, Hollywood saw films being released that either featured at least one Chinese character or Chinese setting or were deliberately rewritten to avoid problems with censors. China had found a way to smoothly export its censorship policy, which did not go unnoticed.

After a brief period in which films like The mega and Godzilla: King of the Monsters would feature Chinese actors playing an iteration of a monster expert or inexplicably bring heroes to China, or rather the Hong Kong Special Administrative Region, some studios have started focusing on Chinese characters and stories. Disney and Marvel Studios have started working on China-centric projects such as Mulane, Shang-Chi and the Legend of the Ten Rings and, more recently, turn red. Of course, these three projects arrived during a tumultuous global era, which saw the closure of cinemas around the world, as well as the centenary of the Chinese Communist Party.

RELATED: Chinese Players About To Be Cut From Foreign Titles

These events have combined to completely restart Chinese cinemas, with a new approach to cinema. The quota was further reduced and cinemas were required to show propaganda films throughout 2021. With record successes such as The Battle of Changjin LakeChina has proven that it no longer appreciates Hollywood as much as Hollywood seemed to appreciate the Chinese market, as evidenced by the fact that only a handful of Hollywood blockbusters have arrived in Chinese theaters in the past two years.

This brings us to the tendency to include Chinese characters, settings and stories. The reasons for inclusion have never been applauded, especially since they have often forced marginalized people and cultures to be further censored or shunned entirely, but that does not mean that the inclusion of Chinese characters in the film itself was a bad thing. It is crucial that the studios continue to tell these stories. However, they should do so without the influence of China’s Communist Party-led government and its censors and instead do so for the millions of people in the Chinese diaspora and for the Chinese people, who continue to consume Hollywood films with or without permission from their government.

Ideally, this would instead mean telling stories tailored to the Chinese diaspora, hoping to help undo some of the damage caused by the CCP’s influence. For those wondering what kind of damage was done, let’s take a look at Shang-Chi and the Legend of the Ten Rings as a single example. Apparently the film was about a clash of cultures and the experience of an Asian American. But he didn’t take advantage of his opportunity by taking his main characters to China rather than keeping them in America, which arguably would have helped normalize Asian Americans as part of American culture rather than keeping them in America. away from it. On the other hand, turn redwhich was produced at a time when Hollywood had begun to decouple from China, manages to tell an authentic Chinese-Canadian story (though it was, of course, much more than that) while respecting Chinese culture.

In order to continue to tell these stories and give a voice to the Chinese diaspora on the big screen, it is crucial to continue supporting Chinese filmmakers such as Domee Shi and Chloé Zhao. Not because the involvement of Chinese creators can attract Chinese censors, but because they have stories to tell. And these stories must be told without marginalizing or outright erasing other minorities, such as Tibetans, Mongols and Taiwanese.

Now that Hollywood has stopped pandering to the Chinese government, it’s time to support the Chinese – to tell their stories and explore their values ​​and beliefs, which have rarely been told on the big screen. For too long, it has been suffocated by ignorance or authoritarianism, and this must stop.

China cracks down on online activities, including games and social media


Narayan Liu (/Nran L/ in IPA) is a feature and news writer, and junior editor at CBR. From Hong Kong, currently based in Sweden. These days, Narayan writes about movies, TV shows, comics, and video games, or anything related to The Witcher. He does this while studying language, culture and communication at Linnaeus University. You can follow him on his blog (narayanliu.wordpress.com), on Twitter (@Narayan_Liu) or contact him directly at Narayan(dot)Liu(at)gmail.com.